Breakfast that takes less than five minutes to make…in a mug! This vegan banana french toast in a mug is an easy way to have a weekend breakfast on a weekday morning. 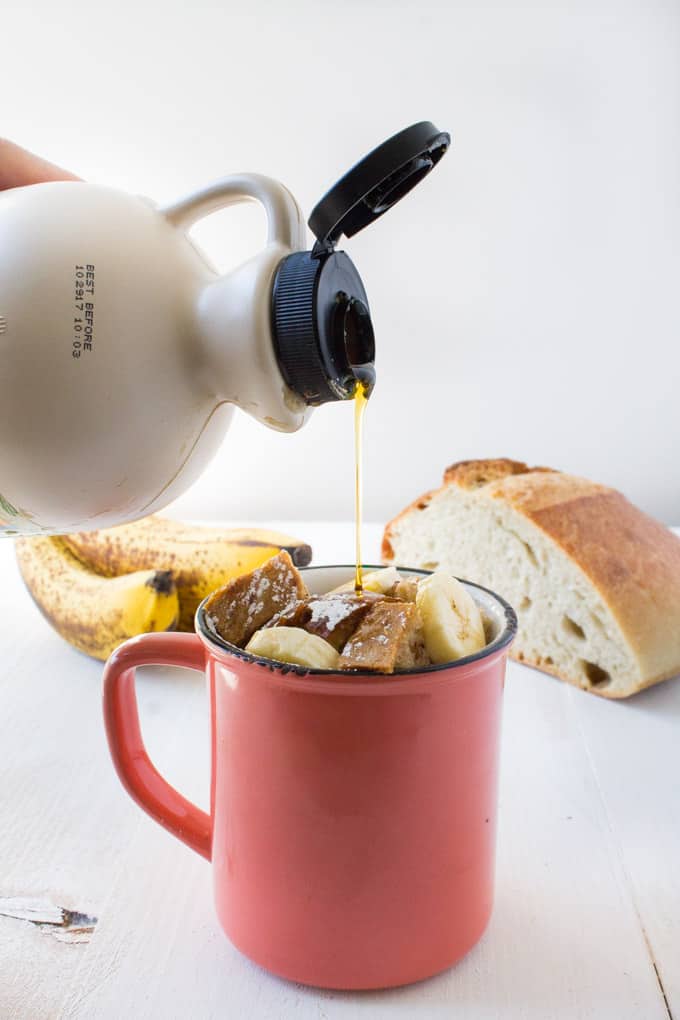 Are you a mug person?

I like me a good mug for a steamy cup of coffee or tea but I don’t ever use it as a cooking medium. However, lately it seems everyone is about cooking with a mug. Chocolate cake in a mug. Blueberry muffins in a mug. Pancakes in a mug. Mugs are making a serious comeback. Almost as serious as when JT made a solo comeback. Almost.

And I’m down with hopping on the mug train for a ride. If it means less dishes used and an easier cleanup, why not?! Especially since the bane of my existence right now is the fact that our apartment does not have a dishwasher. I repeat. I am a food blogger and recipe developer who does not have a dishwasher. Ok, #bloggerproblems. I know. Not a big deal in the grand scheme of life. But boy, oh boy, do I despise doing dishes 383273x a day. So, all hail the mug which saves me extra dishes to clean.

Although warm dessert in a mug sounds pretty tempting, I opted for a quick weekday breakfast that would make it feel like a Saturday or Sunday. French toast. Banana French toast. Vegan-friendly. 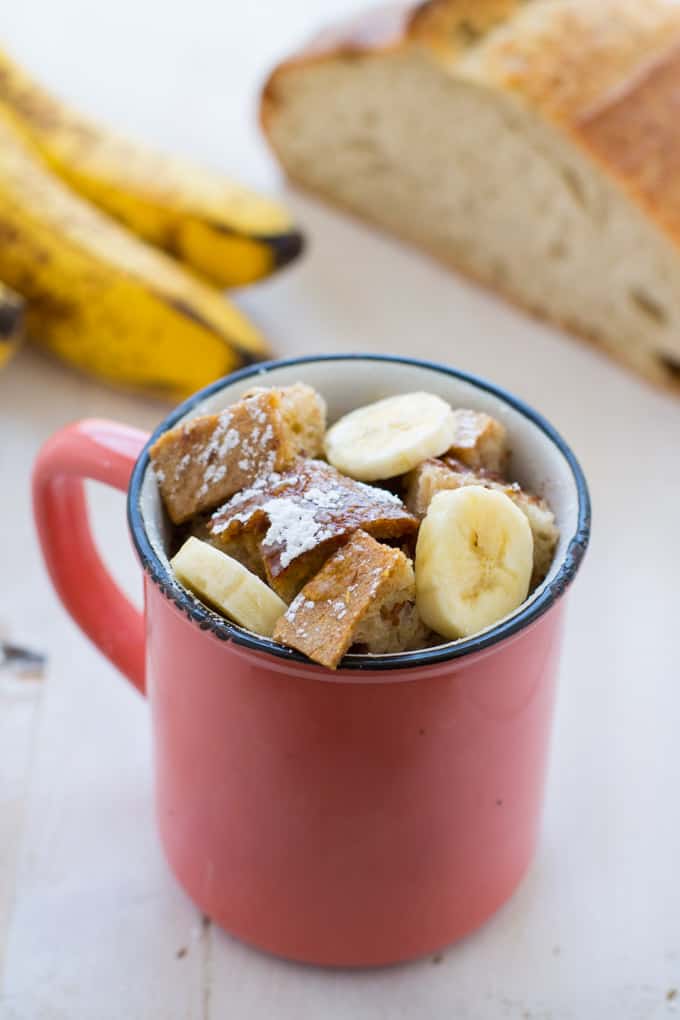 And the verdict on the mug? Awesome! It tasted like warm, banana-y, bread-y goodness. Not crispy like you would get in a skillet, but still pretty damn tasty. And I’ll take not crispy for five minutes with one less dish to clean on a weekday morning. And if you want a crispy vegan french toast, check out my easy vegan french toast recipe!

This recipe is packed with nutrients like fiber, potassium, vitamin C and B vitamins. It’s filling and satisfying and will make you believe that it’s the weekend for a quick second. Until you open up your email. 😉 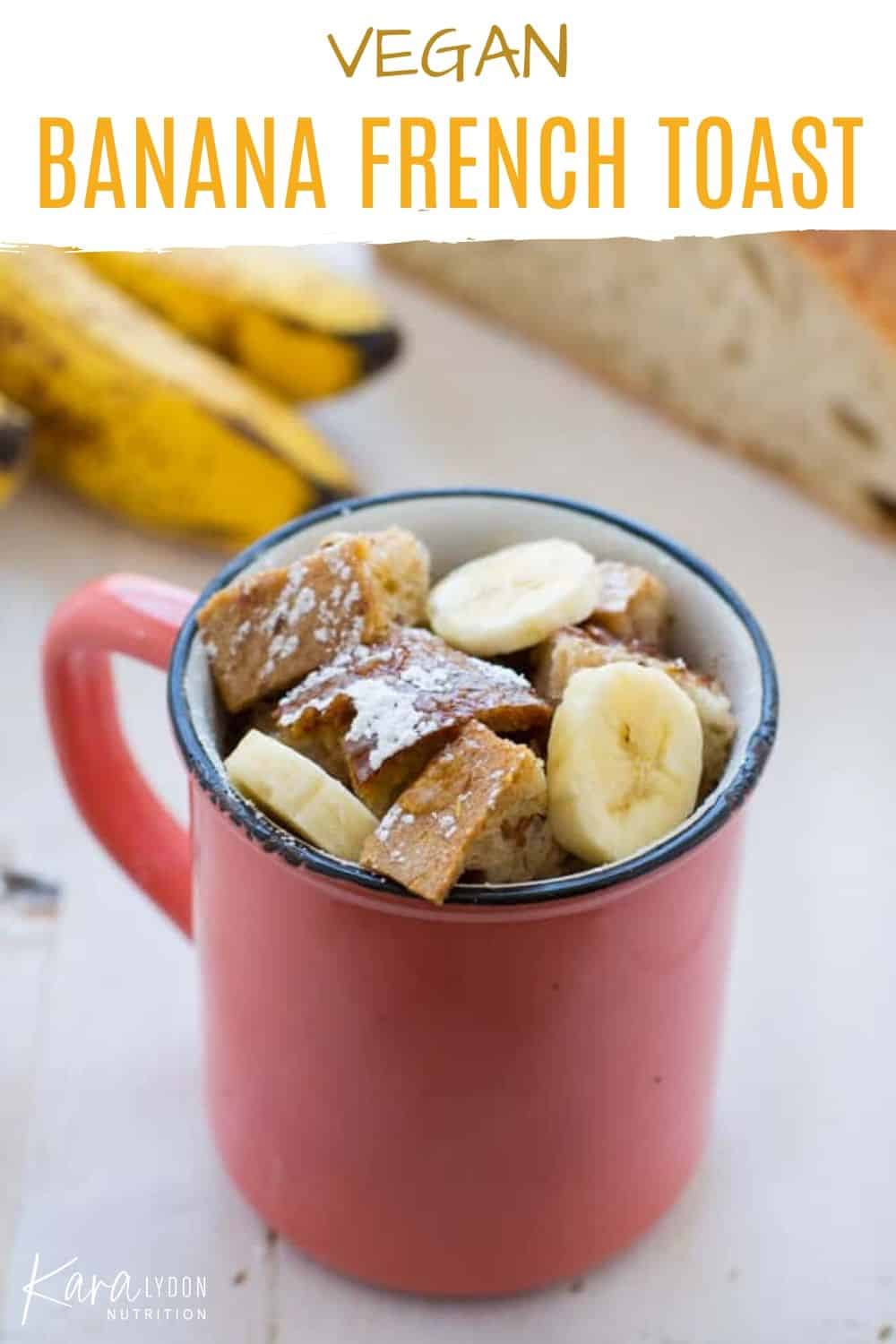 Tell me, what have you cooked in a mug? Are you on the mug train forever?

Tell me, have you ever tried cauliflower hummus? What did you think? For more cauliflower inspiration, check out my recipes below: 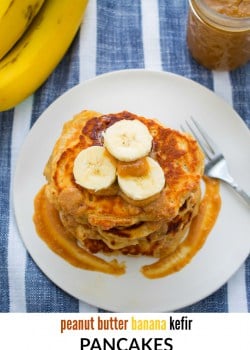 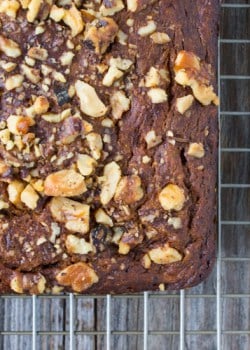