The Best Places to Visit and Eat in Ireland Part I: Dublin, Aran Islands, Galway

Follow me on my Irish adventures as I dish the best places to visit and eat in Ireland, from the best fish n’ chips to the best farmer’s market to the best ice cream! 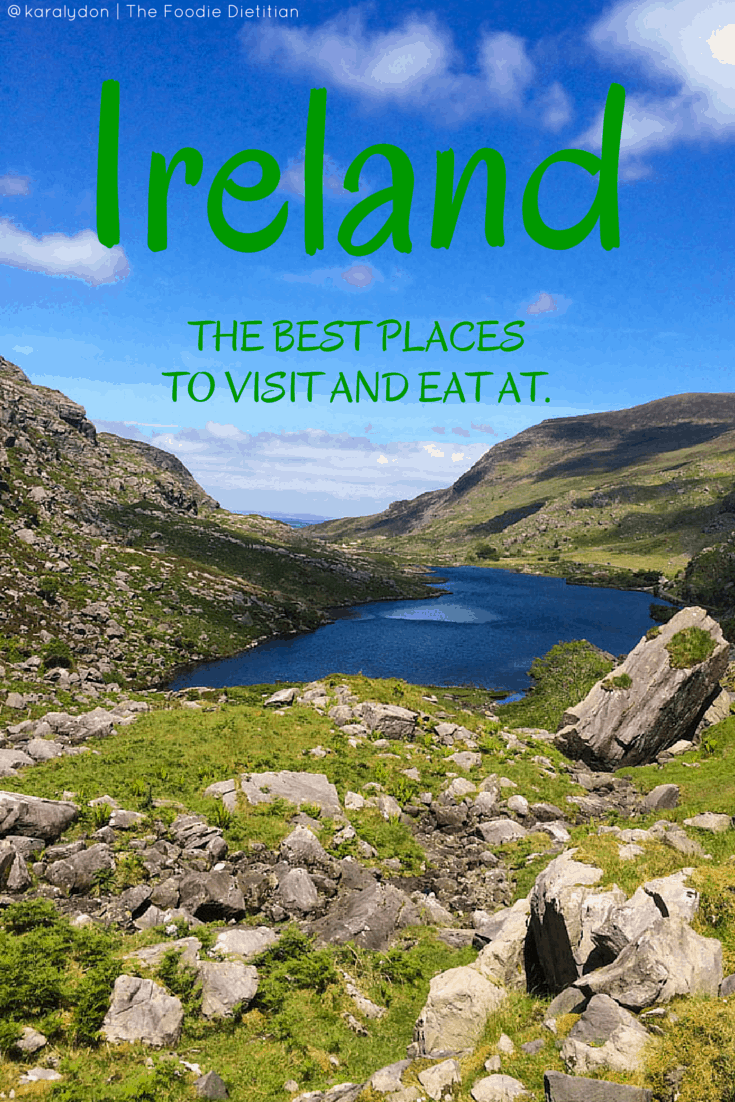 Oh, man. I had this idea that each place I visited in Europe would get one blog post each. What in the world was I thinking?! 50+ photos of Ireland exported later…Get ready for another trilogy, ladies and gents.

Before I start gabbing about Ireland and how special it was to me, I’d first like to take a moment to thank Steve for making these blog posts possible. I took all my photos in Ireland on my iPhone because I left my camera battery at home (#fail). When my phone was stolen in Paris, the only thing I cared about was getting my pictures back and the thought of losing all those memories was pretty devastating. Enter Steve to the rescue. As I frolicked around Paris, he spent hours on the phone with Apple support trying to figure out how to retrieve my photos from the cloud. According to Steve, the conversation went something like this:

Apple: I’m sorry, sir, but we can’t help you since this isn’t your account.

Steve: Listen, you don’t understand. My fiancee will kill me if I don’t get these photos for her.

All hail Steve, Apple, and the cloud for rescuing my photos. I didn’t get my videos back though which was a little bit of a bummer but I really can’t complain.

Ireland was SO special to me. My roots are in Ireland. My Dad’s Dad and my Mom’s Mom (both of whom are no longer with us) were both 100% Irish and their parents came straight from Ireland. I grew up listening to Irish music, eating all the corned beef and cabbage, and celebrating St. Patty’s Day like to the tenth degree. Not to get all spiritual and whatnot, but I really did feel my grandparents’ presence there with me. It was comforting, moving, and a little emotional at times but so so special.

I flew into Dublin and spent the least amount of time there. Two evenings to be exact. But I did manage to go to the oldest pub in Dublin, The Brazen Head, circa 1198.. Now, you should know that three pubs in Dublin compete for this title and all three claim to be the oldest pub. I’m not sure we’ll ever know which one truly is. But Brazen Head has this cute little outdoor beer garden which was a perfect setting for my first pint of Guinness in Ireland. Brazen Head also serves food and has live Irish music in the evenings and in the late afternoon on Sundays. 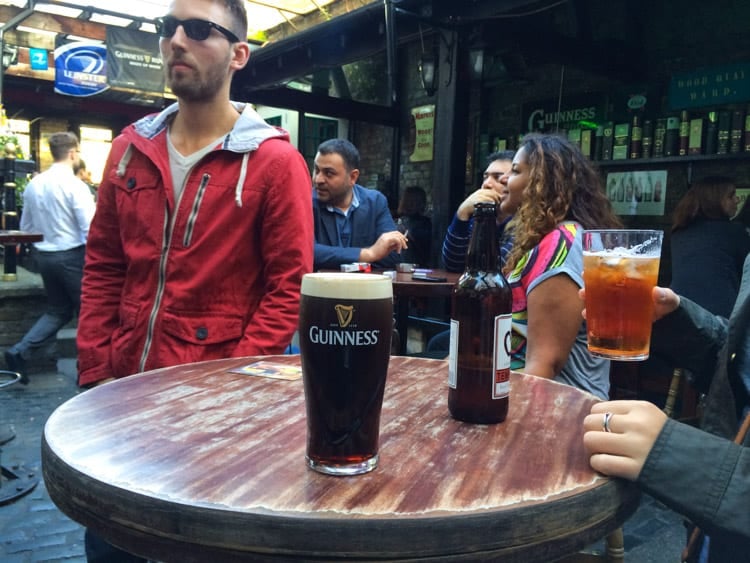 In Dublin, I met my friend Elizabeth who was in Ireland for a wedding. Her, another friend of the bride-to-be, and I left Dublin together to make our way to the Aran Islands. But first, we stopped at the Cliffs of Moher, which is a MUST if you’re in Ireland. It’s about a 3 hour drive from Dublin, located in County Clare. They rise almost 400 feet from the Atlantic Ocean and 700 feet at its highest height near O’ Brian’s Tower. On a clear day like we had, you can actually see the Aran Islands in the distance. 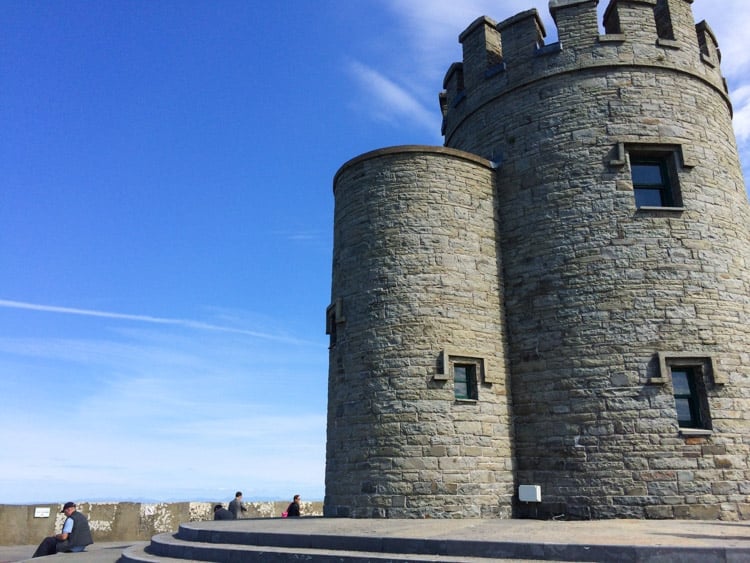 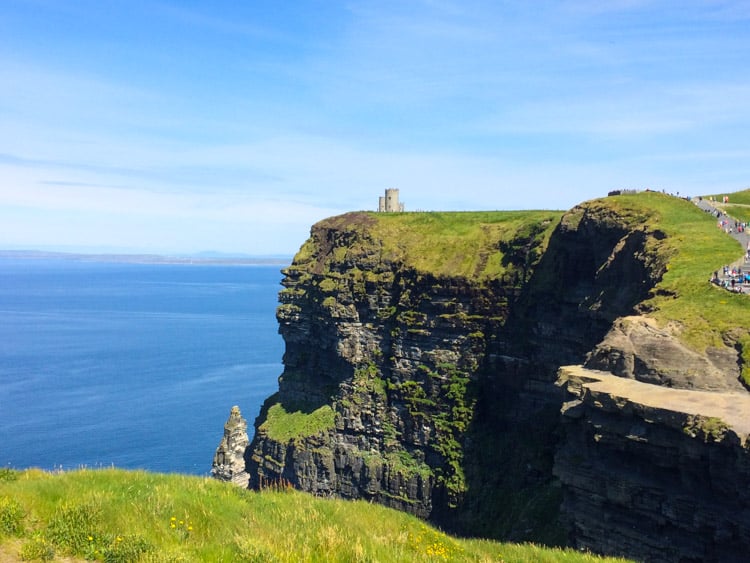 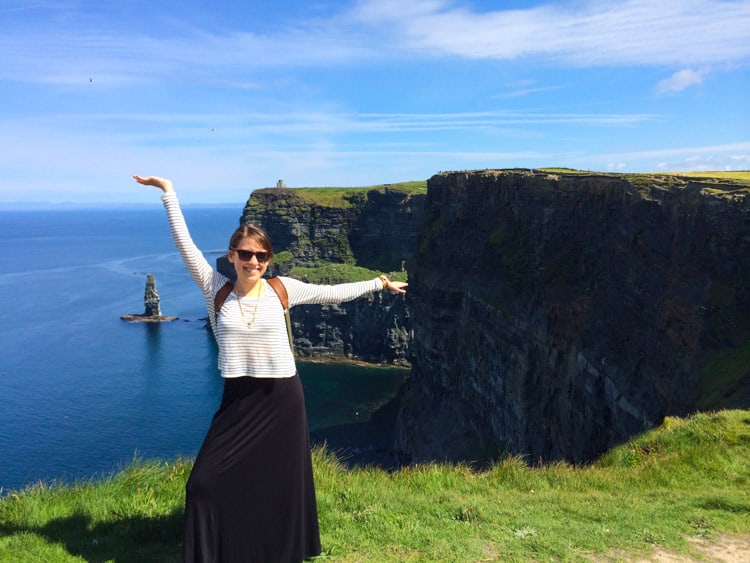 From The Cliffs of Moher, we drove to Doolin where we picked up the ferry to the Aran Islands where we’d be meeting Ashlae of Oh, LadyCakes and her (now) hubs, Thom (they were kind of enough to let me crash their pre-wedding festivities). There are three Aran Islands, Inishmore, the largest, Inishmaan, and the second-largest, Inisheer. If you’re looking to get “off-the-grid” in Ireland so to speak, definitely check out the islands. We spent a night on the largest island, Inishmaan, and rode our rented bikes to the two stone forts on the island which date back to the 4th century and B.C. Yeah, we’re talking way old. And while you’re riding your bike around the island, you’ll probably run into some horses that don’t seem phased by stone walls. #stonewalldontcare 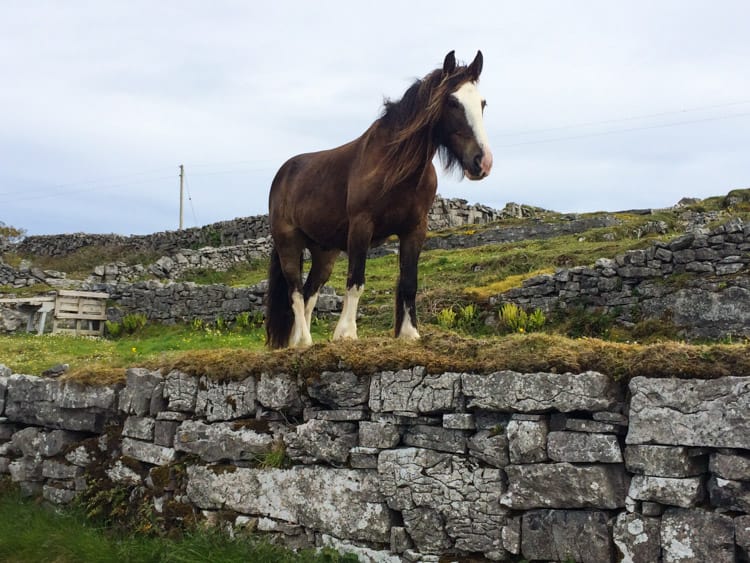 On the island, your choices of eats and drinks are pretty limited. You have The Cafe. 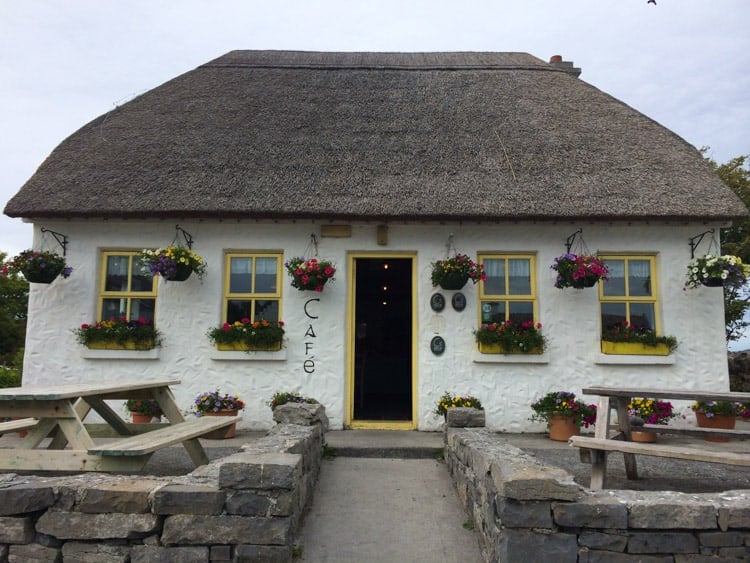 And you have The Bar. 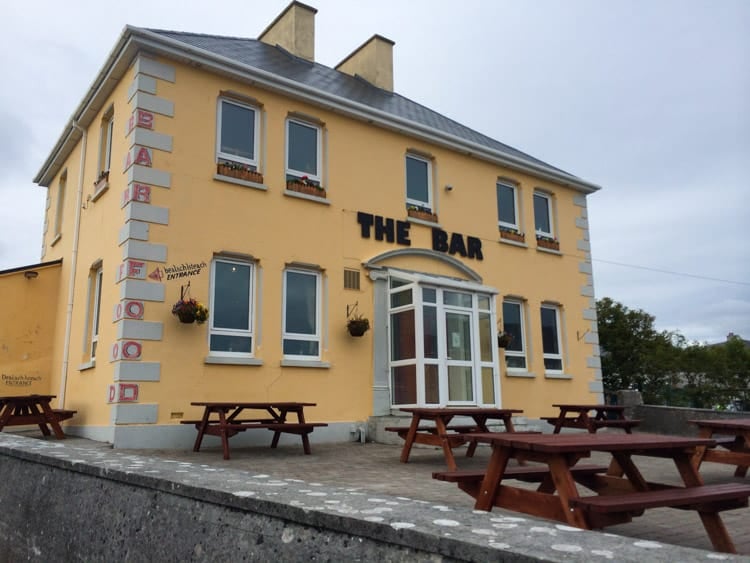 Restaurants you have a little more choice. But I’d recommend going to Joy Watty’s Bar and Restaurant. The food is delicious and fresh. They have craft Irish beers (yes, that’s a thing in Ireland now!). And they have live music 7 nights a week. 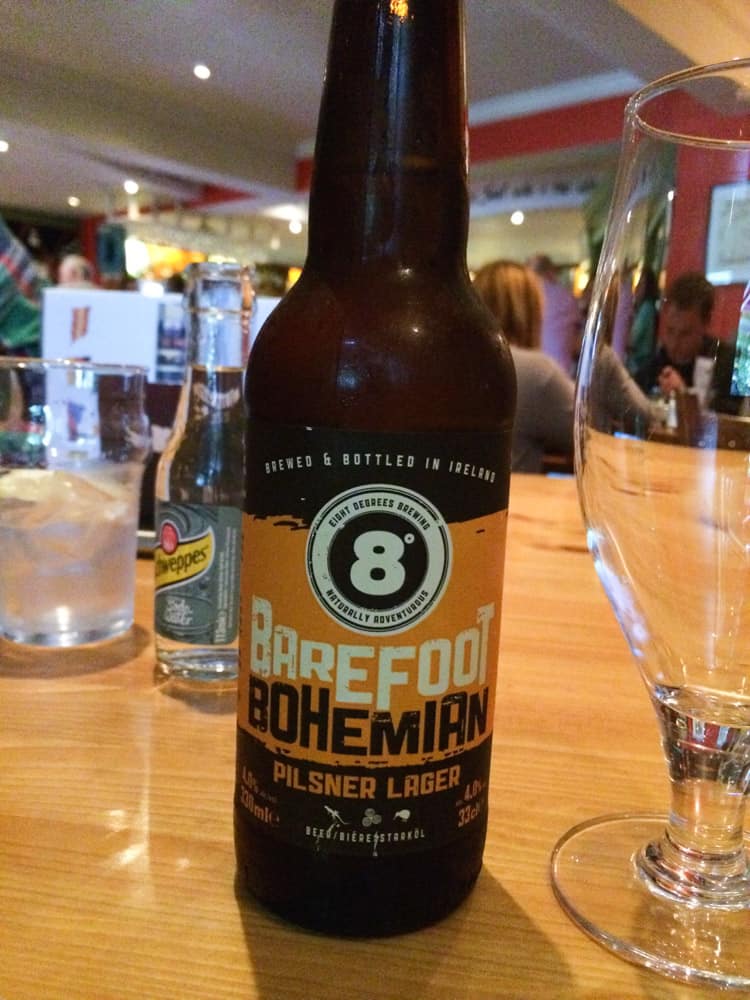 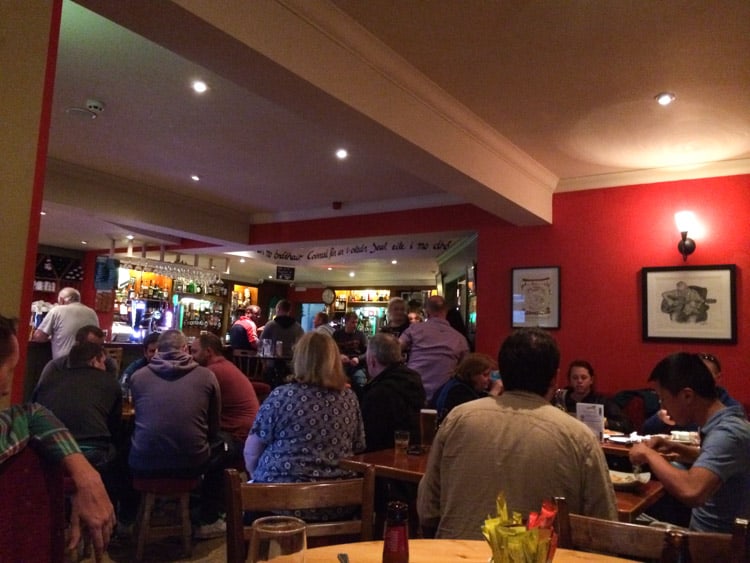 From the islands, we took the ferry back to Doolin to ultimately make our way to Galway. If you head to the islands, I must warn you. There is a chance it will rain. And if it rains, there is a chance the water will be choppy. And if the water is choppy, there is a chance the boat will be rocking. And if the boat is rocking, there is a chance you might get sick. Like me. I have wicked bad motion sickness so this boat ride made me feel like I was going to lose my breakfast. I had to sit with my head in my hands, close my eyes, and focus on my in and out bread so I didn’t yack everywhere. This is the risk you take with a trip the islands. Someone actually warned me about this too before I went but I didn’t think twice about it. Next time I go to Ireland, I’ll skip these islands.

Next up was Galway. This is when Elizabeth and I went our separate ways. She went up north and I stayed south to explore Galway, Killarney and Dingle and satisfy my need for solo travel, which I find to be so empowering and fun.

In Galway, I stayed at a super cute B&B called Marless House which wasn’t in Galway City (which I didn’t realize) but in Salthill right on the water and a quick 5 minute bus ride from center city. The owner, Mary, is super sweet and made me feel right at home. She sat down with me with a map and showed me exactly where to go for good food and music in Galway. She also served up a delicious breakfast. To note, I did eat a scone everyday for breakfast in Ireland. They were always warm and fresh out of the oven. Smoked salmon is pretty popular in Ireland for breakfast and in general. Lots of smoked salmon on menus. Which is fine with me. Bring on the lox and the omega 3s! 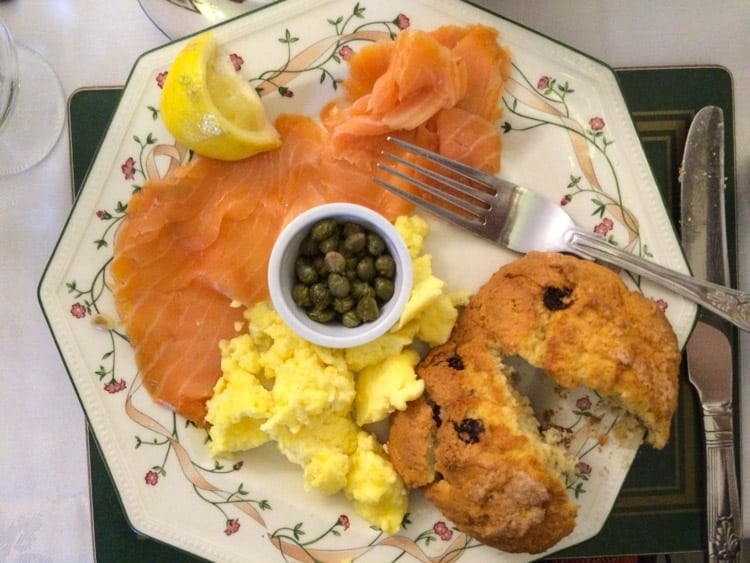 When I stepped foot onto this main little drag here in Galway, I felt kind of giddy inside. This was my first small city I visited in Ireland and it was everything I imagined it would be. Narrow streets for pedestrians only. Different colored buildings. Lots of pubs. Shops. And Restaurants. And more pubs. Live music in the street. It was brilliant. 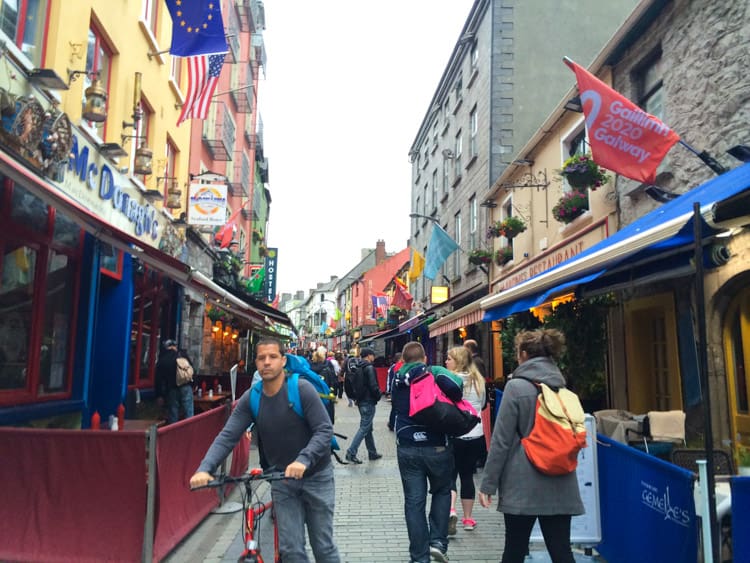 If I had to choose my top two experiences/moments in Ireland, first would be the Gap of Dunloe (more to come on that in my next post) and listening to live Irish music (or trad as they call it in Ireland) at this pub Tig Coili in Galway. I kid you not I spent three hours in this pub doing nothing but listening to music….and drinking Guinness….and chatting with friendly travelers and locals. I found a front row spot where I had the perfect view of the musicians and proceeded to get lost in the music. They played up-beat jigs and somber ballads. They even invited some of the locals in the bar stand up to sing with them. I tapped my feet a lot that night. I also ended up crying when they sang their first ballad because I thought of my grandparents and missed them dearly. Yes, I was #thatgirlcryinginabar. But I really was so incredibly happy and giddy in this bar. The energy was unreal. Locals chiming in to sing and then the bar would go completely silent when they would sing a somber song. I’d never seen anything like it. And no wonder the music was so great. A local told me that the musicians there that night were local musical celebrities! So lucky I just happened to be there that night. This pub in Galway has trad 7 nights a week though and is the most authentic spot for music so definitely check this one out if you make it to the area 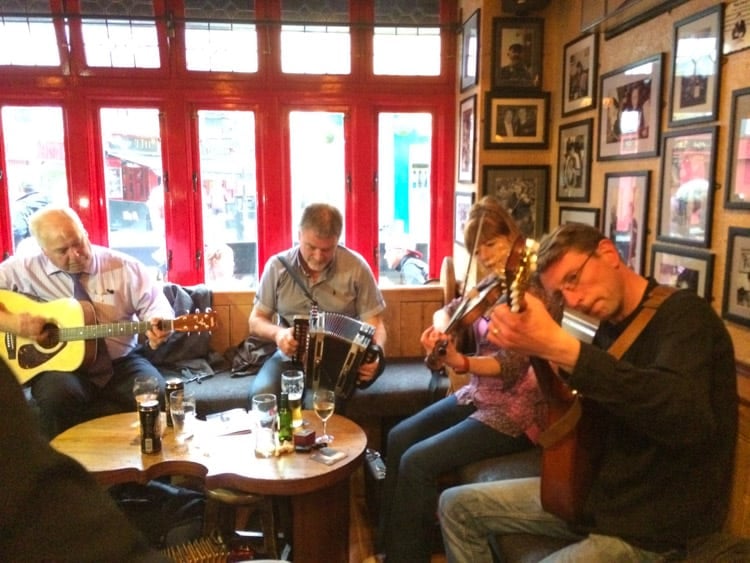 And after you drink Guinness for three hours, head to McDonaghs for their famous fish n’ chips. it may not look like much but the fish is fresh and so tender and flaky. Plus, it makes for a great post-pub meal. 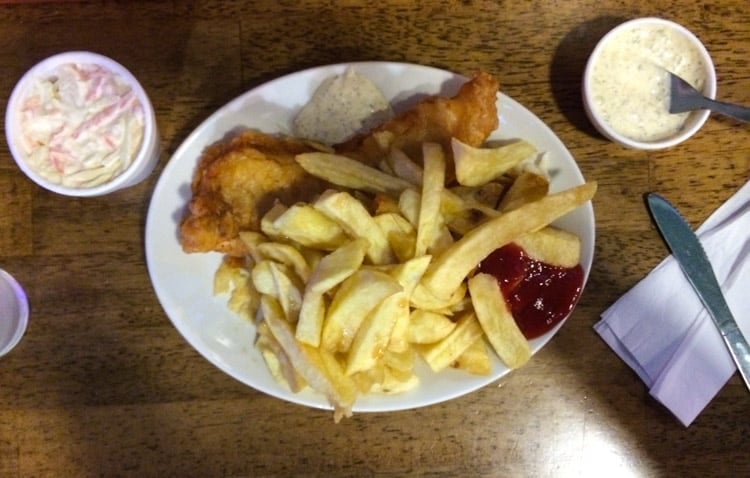 Tell me, have you ever been to Ireland? What were your favorite spots?

Check out my other European adventures: 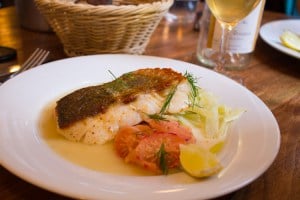 The Best Places to Eat in Paris Part I 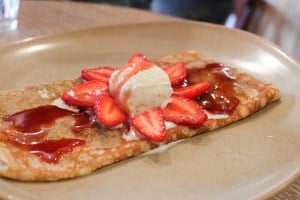 The Best Places to Eat in Paris Part II 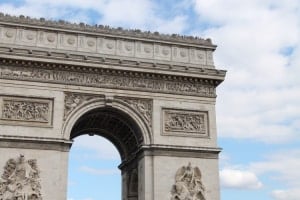