37 Vegan Chickpea Recipes + How to Use Chickpeas in the Kitchen 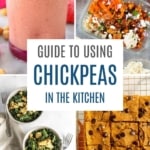 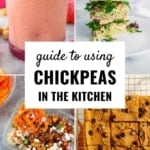 Craving vegan chickpea recipes? We’ve got recipes from breakfast through dessert plus a guide to find out what chickpeas are, learn about chickpea varieties, and how to use them in the kitchen. 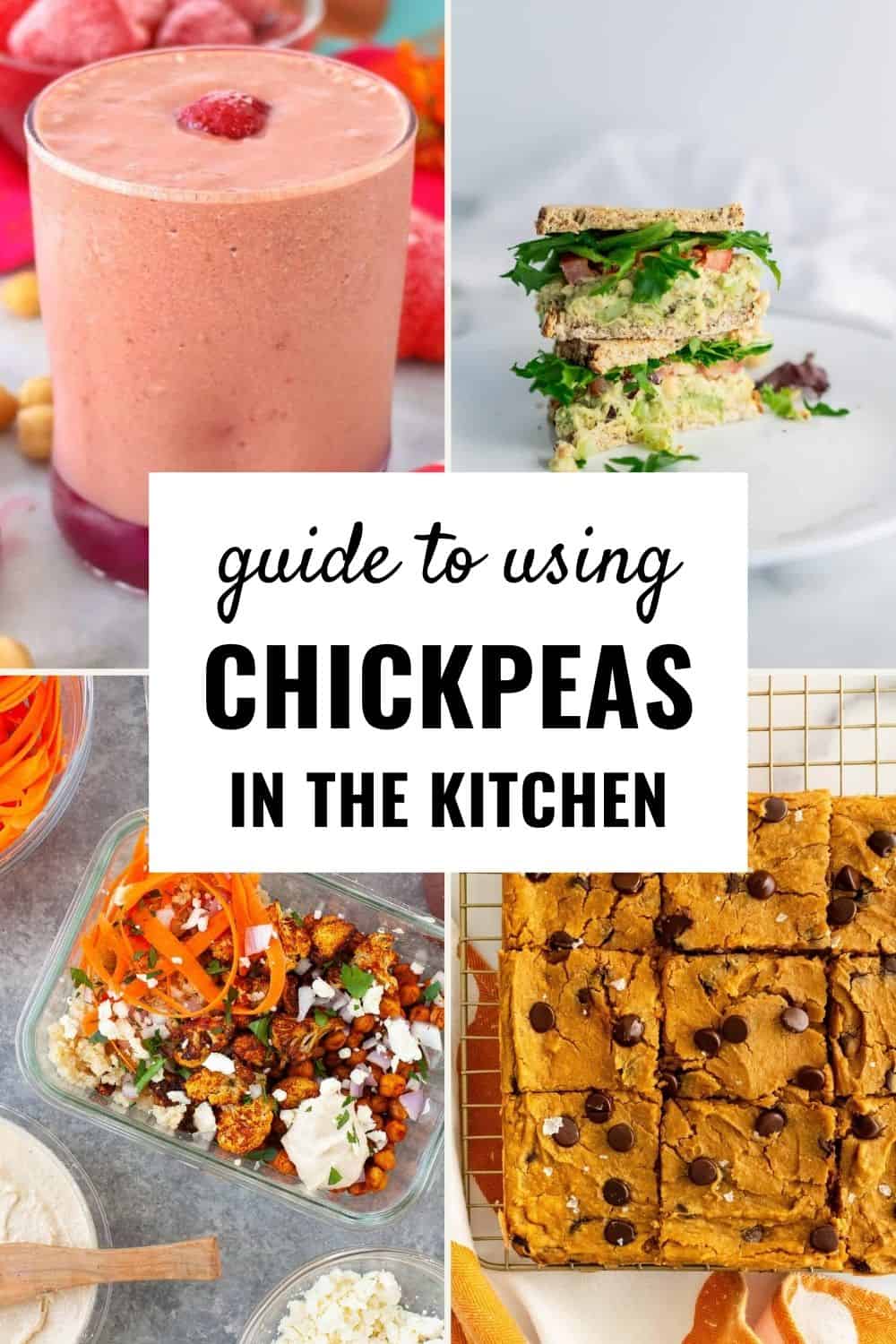 This blog post is written by Alix Eve Schram, newly minted RD, Health Coach, and VA at Kara Lydon Nutrition. Alix is two classes away from her Master’s in Clinical Nutrition at NYU. Alix is passionate about helping others find a more positive and peaceful relationship with food and body via Intuitive Eating. She feels strongly that there is no single image of health and that diets do not work. Alix plans to specialize in Eating Disorders and Disordered Eating.

Also known as garbanzo beans, chickpeas are a type of legume and they are a super versatile staple to have on hand. They’ve been around for over 7500 years and are an essential ingredient in many cultures around the globe, particularly Indian and Mediterranean. Even if you haven’t eaten chickpeas whole, you may have unknowingly eaten them in various popular dishes, the most ubiquitous being hummus.

In terms of flavor, chickpeas are slightly nutty and buttery, but overall rather mild. This is what makes them a great addition to all kinds of meals (keep scrolling for recipes!). They blend smoothly as well, making them a perfect base for creamy dips.

Are Chickpeas Suitable for Vegans?

Yes! Chickpeas are naturally gluten-free, nutrient-dense, and 100% vegan. If you are vegan or vegetarian and looking for more plant-based protein sources, chickpeas are a great option.

Chickpeas can be purchased dry or canned.

What Can I Do with a Can of Chickpeas?

**Dried chickpeas work for all the above, too!

What About the Extra Liquid In Canned Chickpeas?

Translated loosely to “water bean,” that liquid has a name: aquafaba. Aquafaba is specifically the liquid found in canned chickpeas. It is commonly used in vegan cooking as an egg replacement in several recipes, such as pancakes, waffles, meringue, and even whiskey sours. Per Bon Appetit, the substitution is 3 tbsp aquafaba per one egg.

Can Chickpeas Be Made Into Flour?

Though here in the U.S. chickpea flour is relatively new to our shelves, it’s a staple in both Indian and Middle Eastern culture. Chickpea flour is made from dry, ground chickpeas, and can make a great substitution for regular flour, if that’s something you’re interested in. It has a nutty, slightly deeper flavor than regular flour, and also has some extra protein. Generally, chickpea flour hides pretty well in most dishes. You can find chickpea flour in either the gluten-free aisle or baking aisle of your grocery store. Look for other gluten-free flours like almond or oat and you’ll likely spot chickpea alongside them.

Though chickpea flour can be substituted in many recipes, it does not have gluten, so it won’t rise like all-purpose flour. It may also make your baked good a bit denser, which isn’t necessarily a bad thing, just a choice. Here are some substitutions for commonly used flours:

How to Use Chickpea Flour 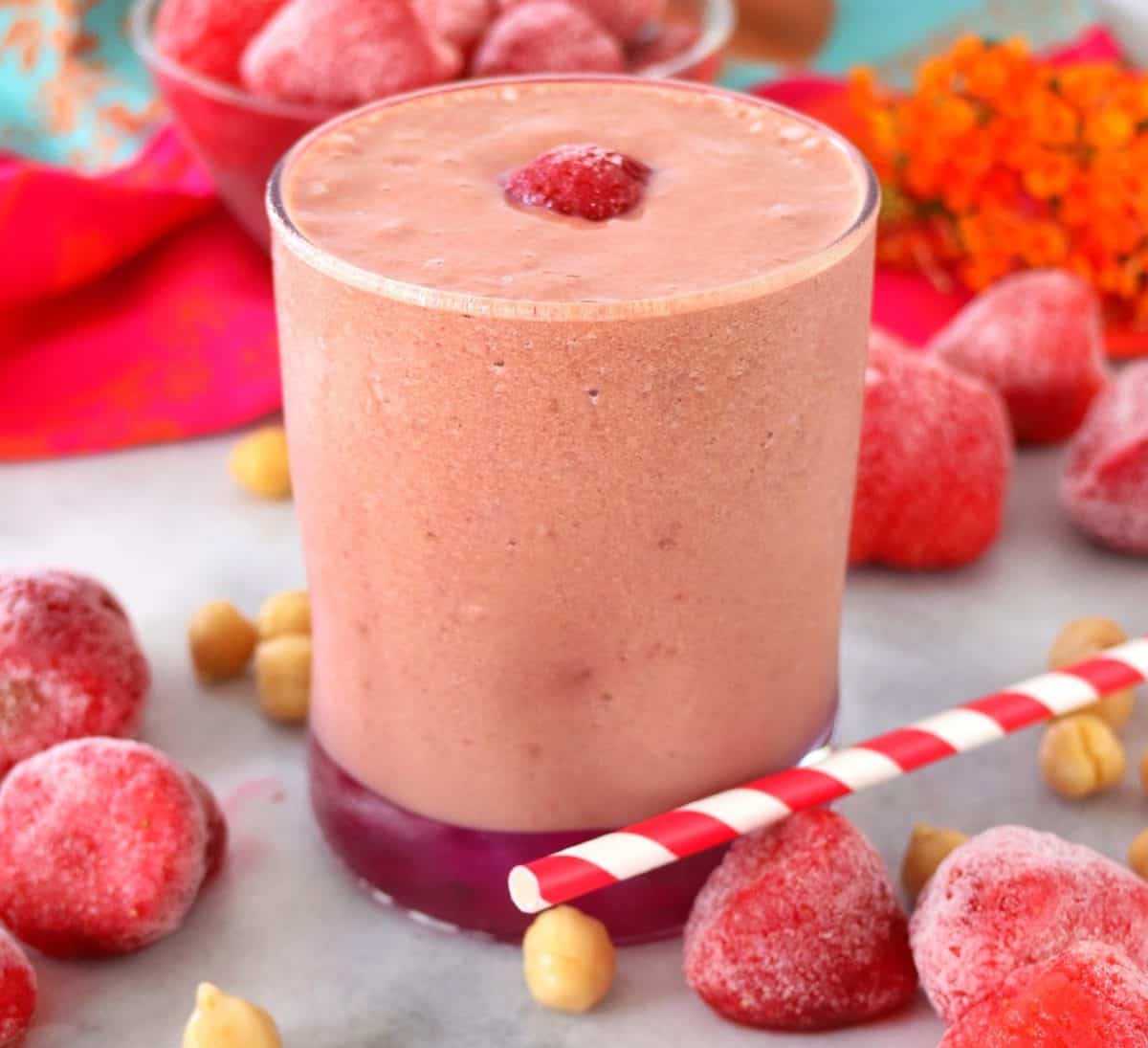 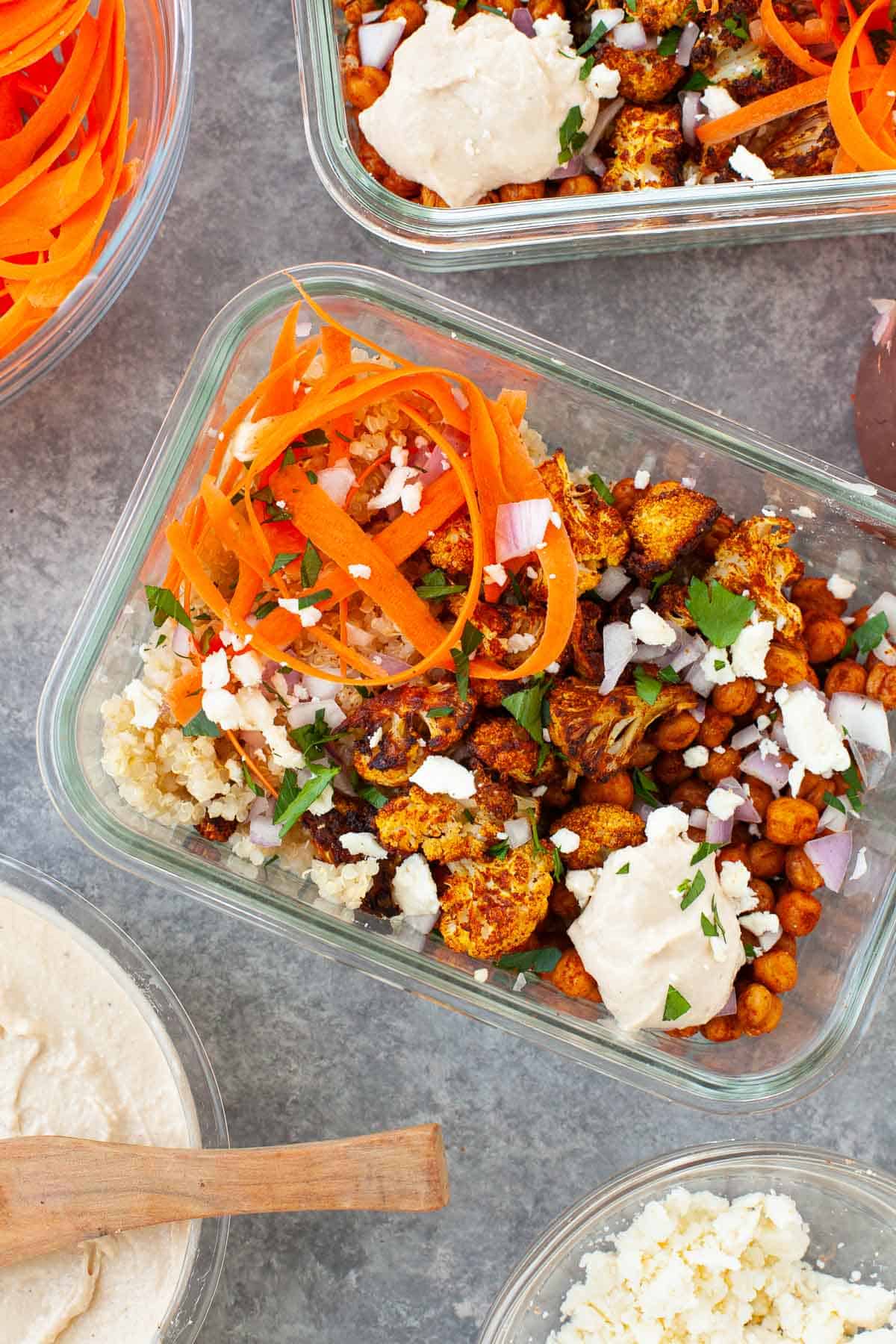 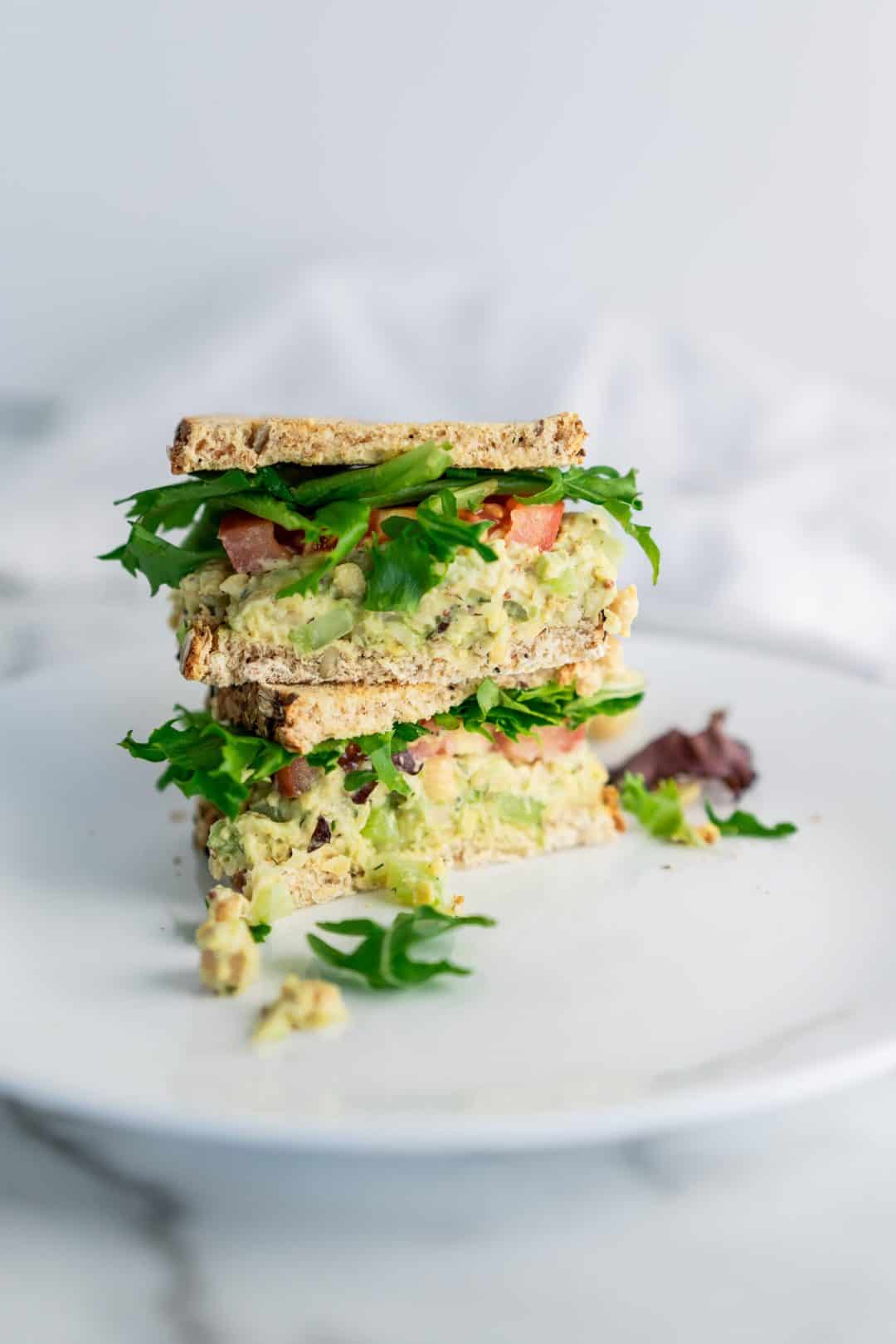 Spinach and Quinoa Falafel via Kissed by Spice 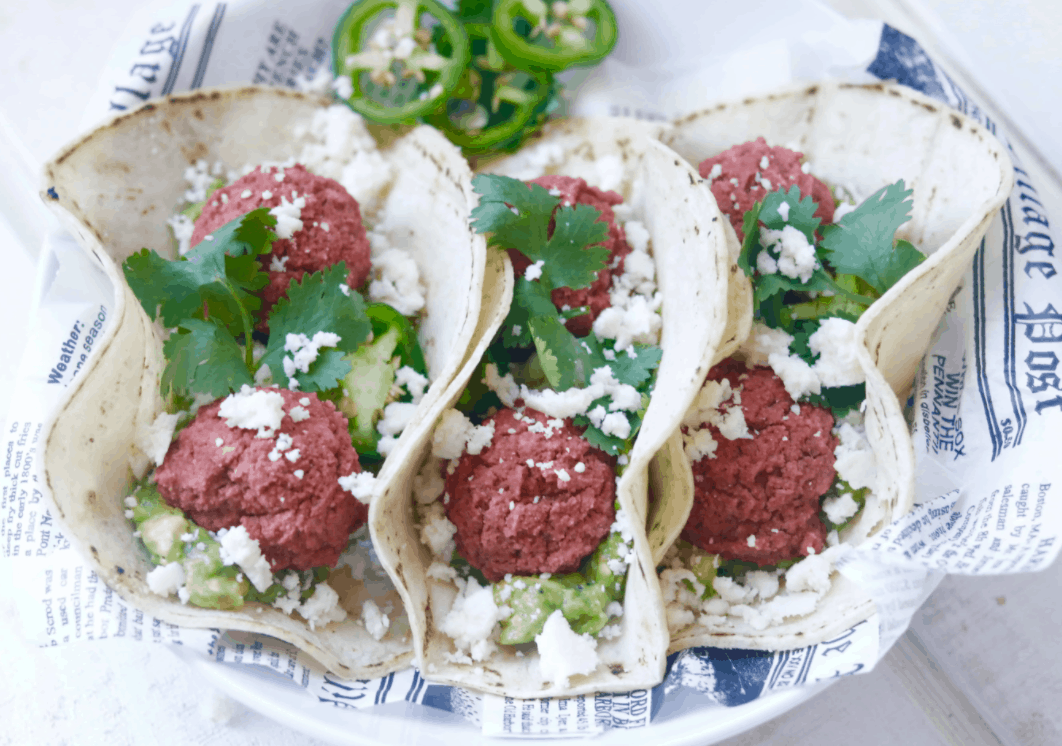 Blueberry Walnut Chickpea Salad via Kissin in the Kitchn 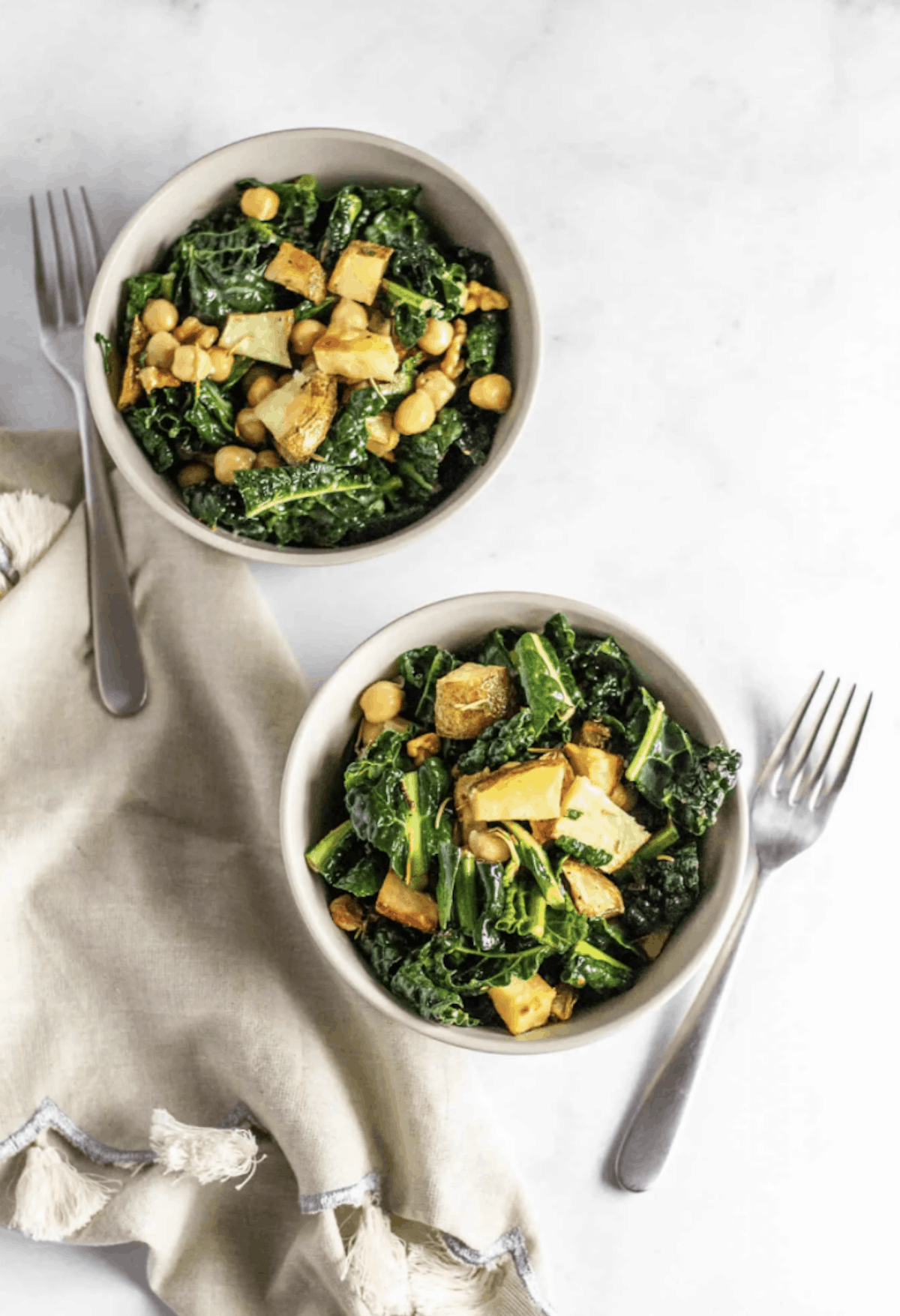 Chickpea Salad with Pistachios and Mint via Meals with Mama 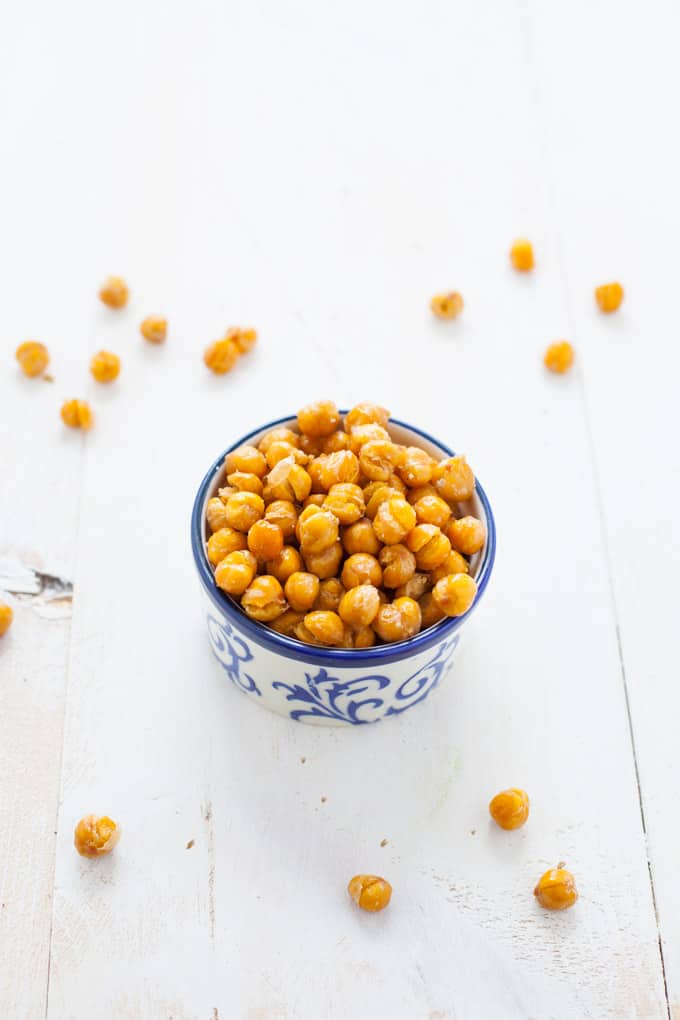 Gluten Free Pumpkin Chickpea Blondies via Once Upon a Pumpkin 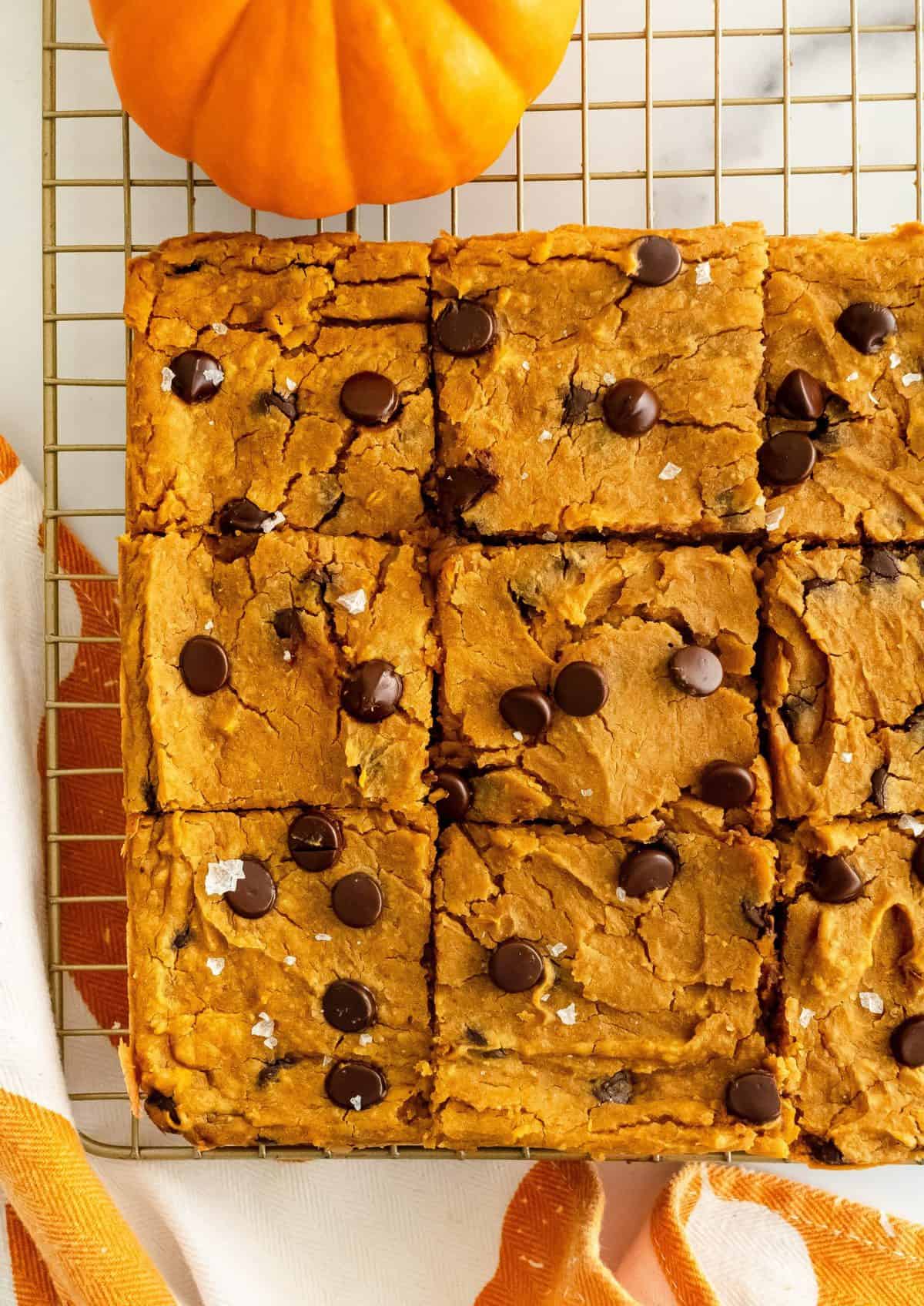 No Bake Brownie Bites via Milk and Honey Nutrition 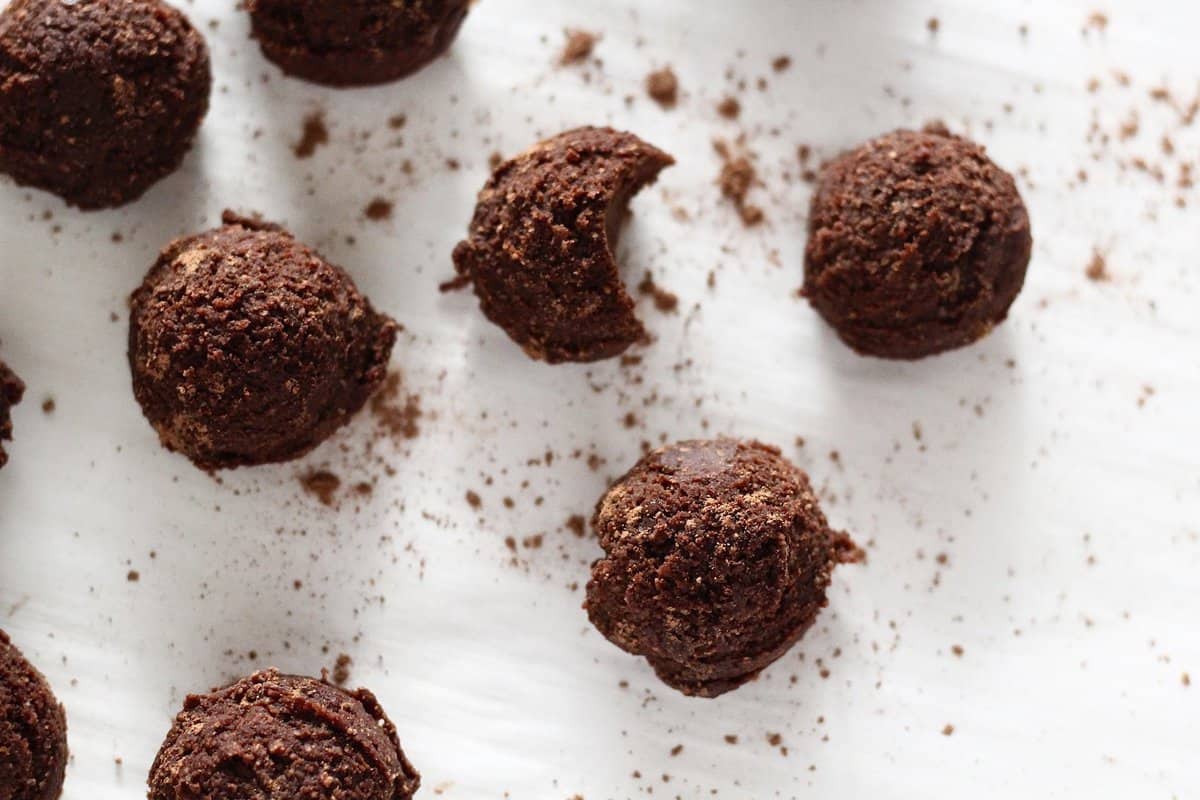 For more recipe round-ups just like this one, check out these below: