Get your ancient grain on. Switch up your typical morning oats with this delicious recipe for Gluten Free Apple Pie Teff Porridge. Breakfast never tasted better.

I love participating in the Recipe Redux challenge every month because it forces me to create a recipe within a particular category that might be out of my comfort zone or just something I wouldn’t have created otherwise. This month’s challenge was no exception. In the spirit of the new year, we were tasked to pick a new ingredient that we’ve been wanting to try to cook or bake with in a new recipe. Immediately, I thought about the ancient grains that are still on my must-make list: teff, sorghum, freekeh, amaranth….

I’ve tasted sorghum, amaranth and freekeh before but I realized other than trying injera (a fermented, spongy flatbread made from Teff flour, used in Ethiopian cuisine), I’d never tasted the stuff. So teff it was. 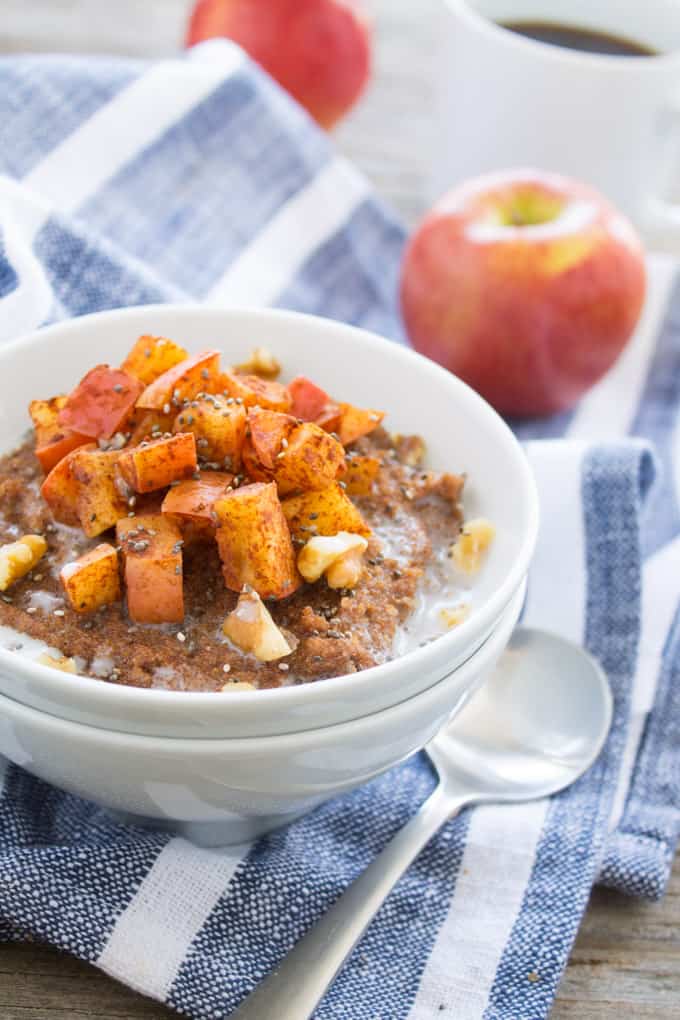 Considered an ancient grain, teff originated in Ethiopia and is used as a staple in Ethiopian cuisine. It’s recently started to gain awareness and popularity in the states as a gluten-free grain alternative. Teff is suuuuuper tiny – in fact, it’s the smallest grain in the world! Yet, it still packs a powerful nutrition one-two punch. 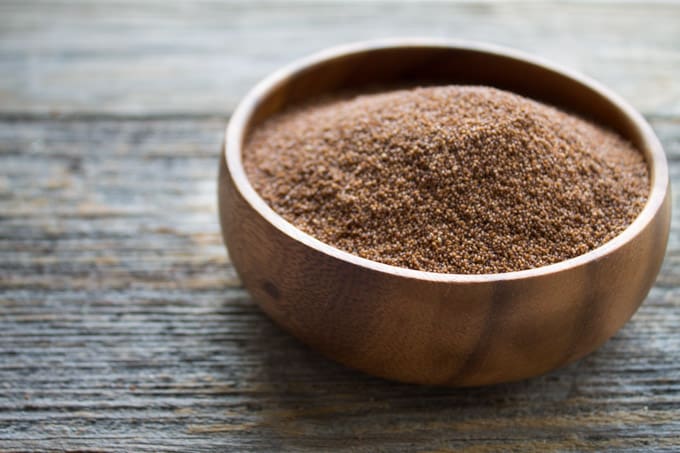 A good source of calcium, a cup of cooked teff offers up the same amount of calcium as a half cup of cooked spinach. Teff is also an excellent source of iron although it’s actually the soil that’s mixed with the teff on the ground that makes it high in iron, not the grain itself. It’s also high in resistant starch, a type of fiber that’s been shown to have positive effects on digestion, blood sugar control, and weight management. Plus, it’s packed with protein (about 7 grams per 3/4 cup cooked). No wonder Ethiopians rely on teff as approximately two-thirds of their dietary protein and Ethiopian runners attribute their energy and health to it. 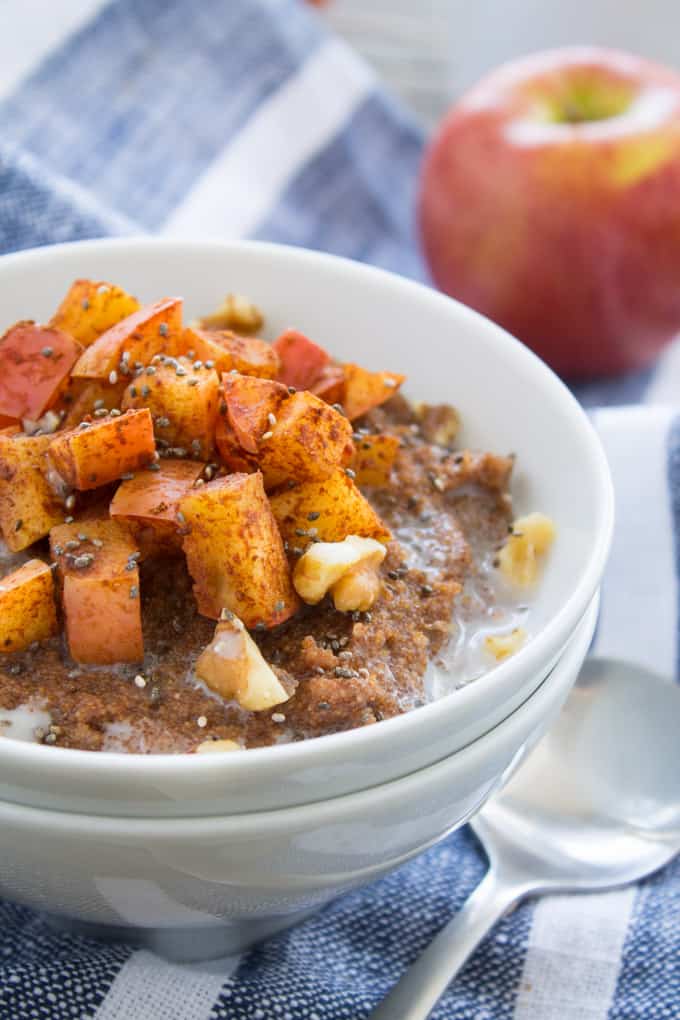 Now don’t get me wrong, I love my morning oats but sometimes a girl’s gotta change things up. I get bored with the same old, same old, and take joy in trying novel things. I’d heard of people using different grains in their hot cereal in place of oatmeal so thought I’d give it a whirl. I took my favorite, super easy, apple pie oatmeal recipe and made it with teff instead. The results were exactly as I hoped…DELISH!

Teff has this incredibly nuttiness to it, which is only exemplified by toasting it prior to cooking it. That nuttiness and creaminess pairs perfectly with the warm, juicy, spiced apples, and the hint of maple syrup. Top it off with the crunch of your choosing and you’re good to go! 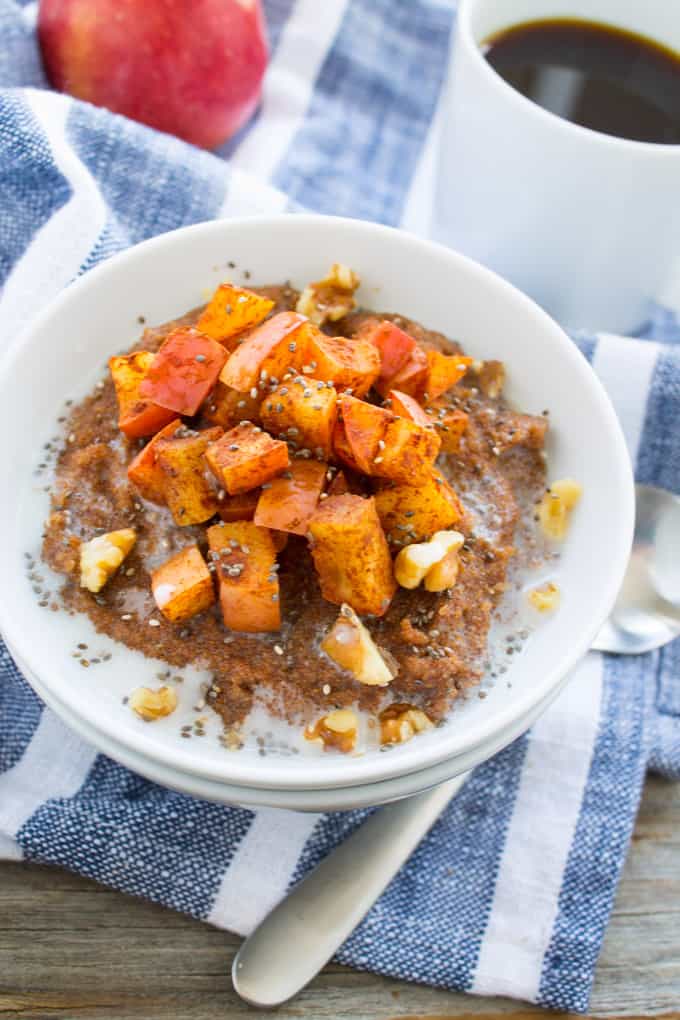 Other ways to use teff in the kitchen? Use teff flour in baked goods, pancakes, crepes and breads, and toast the whole grain as a crunchy topping for salads. And if you’ve never experienced injera at an Ethiopian restaurant, stop reading this immediately and GO! This fermented, spongy bread is used as an edible platter for your food and doubles as your silverware. Delicious stews, vegetables, and legumes are placed on the injera and you break off a piece to sop up all the deliciousness. It’s such a fun experience. Add it to your new year, try something new inspiration list!

This teff porridge will definitely be making it into my breakfast rotation this winter. There’s nothing like a piping hot bowl of porridge and a steaming cup of coffee to go along with it to start your morning 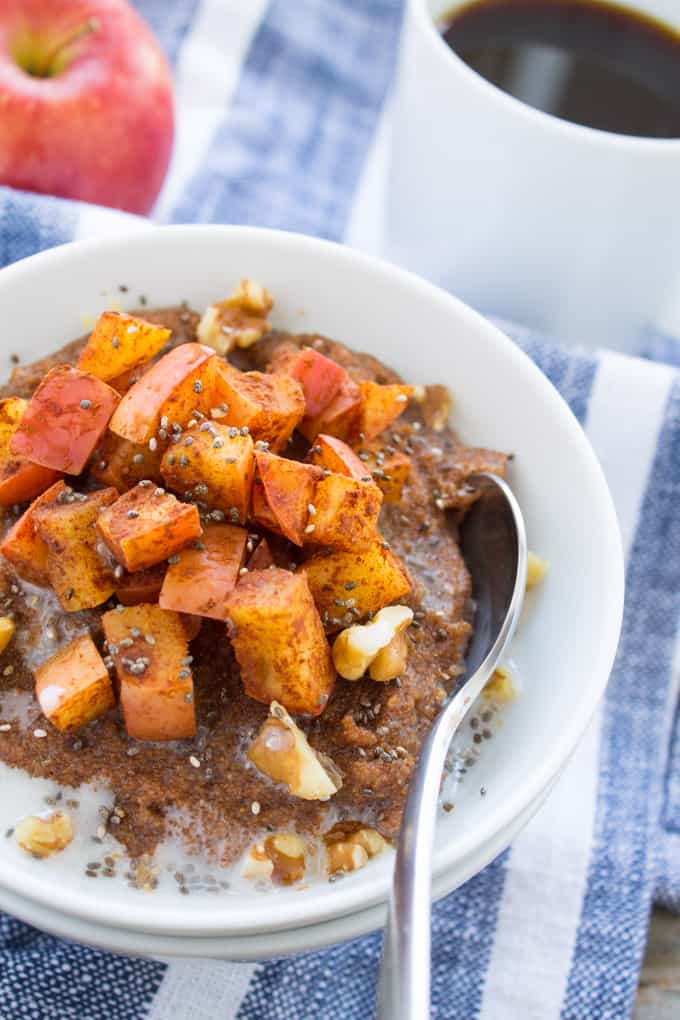 Tell me, have you ever tried teff before? What new ingredient will you try this new year?

For more delicious winter breakfasts, check out these recipes below: 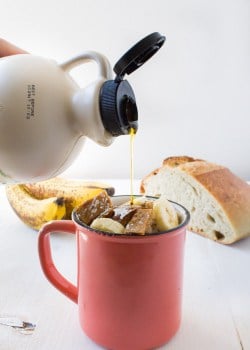 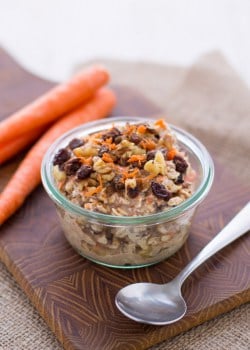 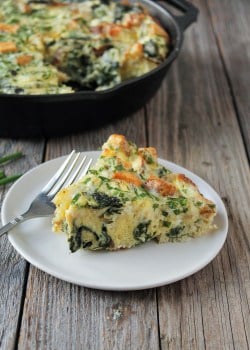