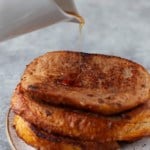 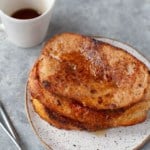 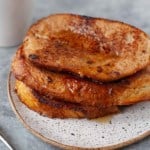 This easy vegan french toast calls for only 5 ingredients! And it’s still crispy, sweet and golden-brown. Perfect for Sunday brunch, or my favorite – breakfast for dinner! 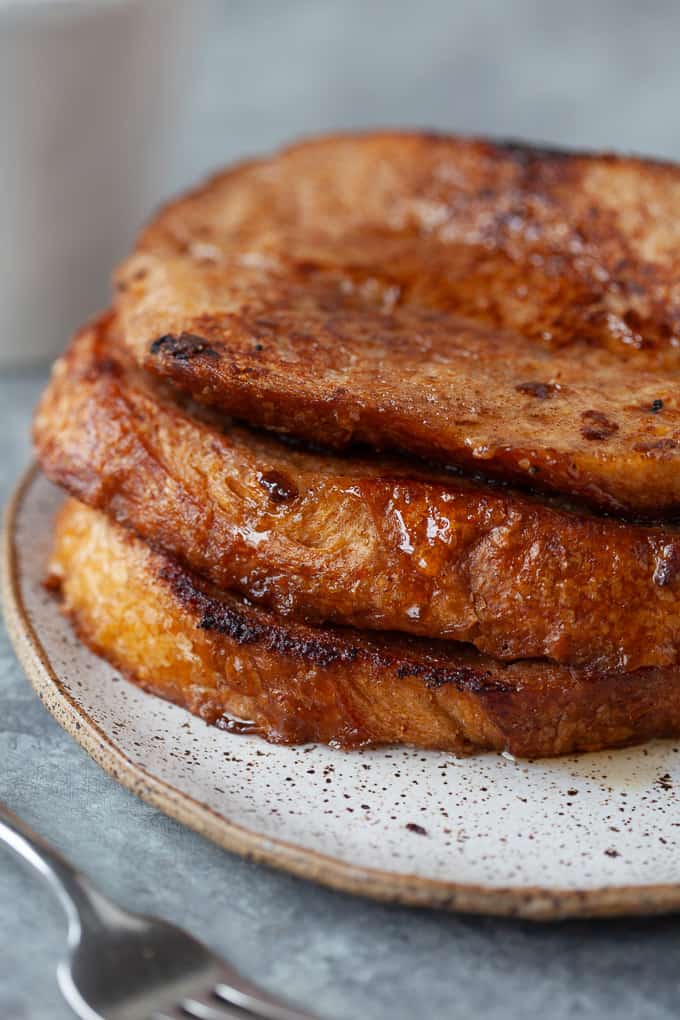 Ever have one of those days where you’re like I wonder if I could pull that off?

You know, like a pixie cut, or aviators, or yoga pants with elephants on them, or making french toast?

Yeah, it’s kind of weird, but I like to challenge myself in the kitchen to see what recipe makeovers and variations I can actually pull off. 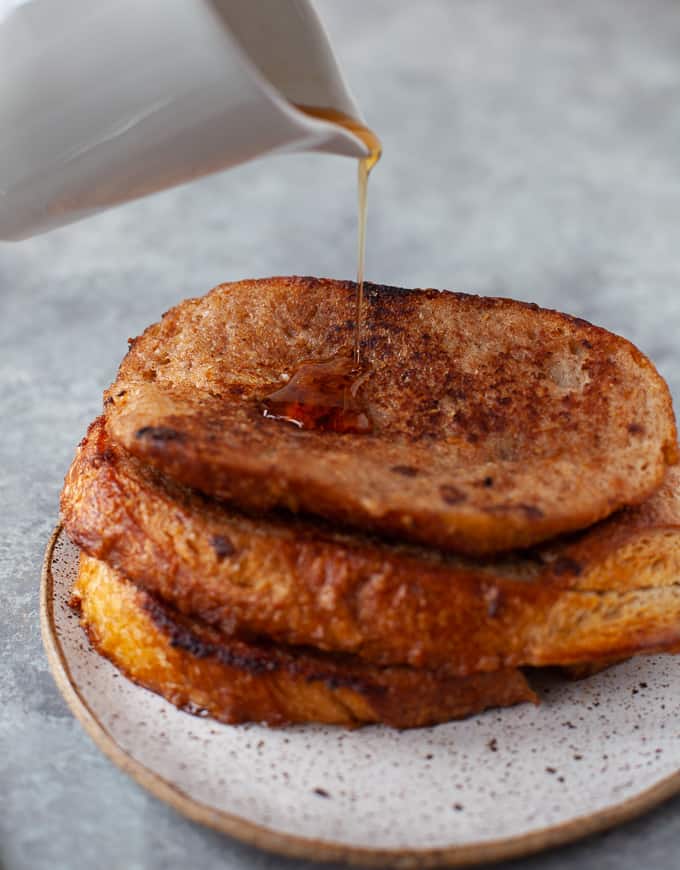 Vegan french toast I wasn’t so sure about. I love regular french toast and was a little worried about ruining an already good thing we had going. Curiosity overruled my skepticism though and before I knew it, I was busting out the flaxseed.

Watch the video below for how to make this amazing recipe! 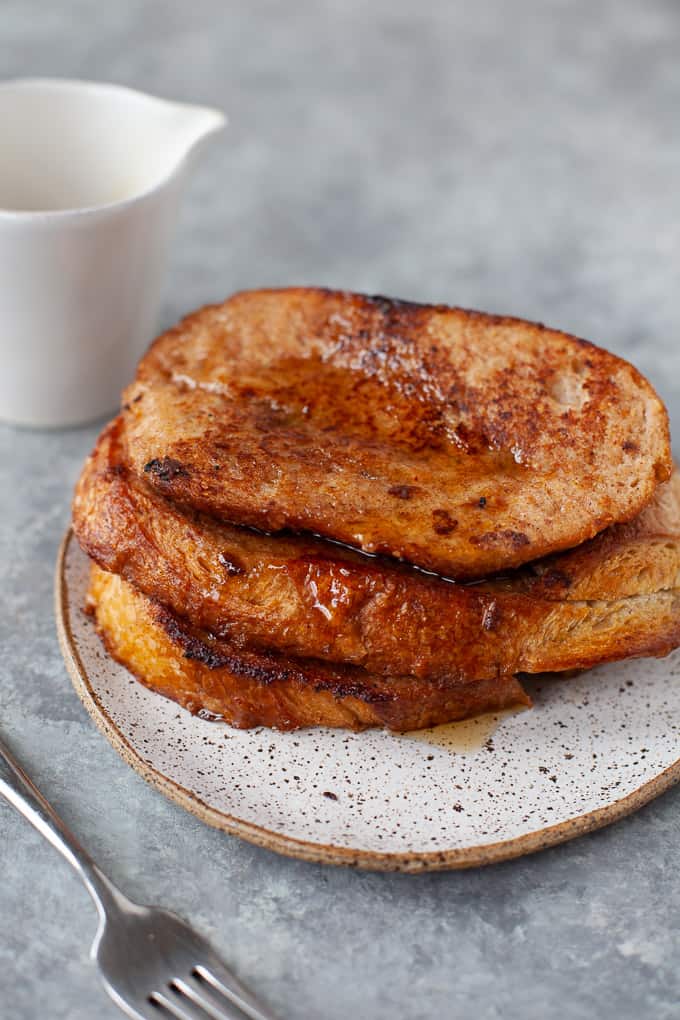 I tried making the batter two different ways – one where I added all the ingredients together (including the flax) and the other where I made a “flaxseed egg” separately and let it sit in the fridge before adding it to the batter. The “flaxseed egg” version may have been a smidgen thicker but honestly, I don’t think it made much of a difference. 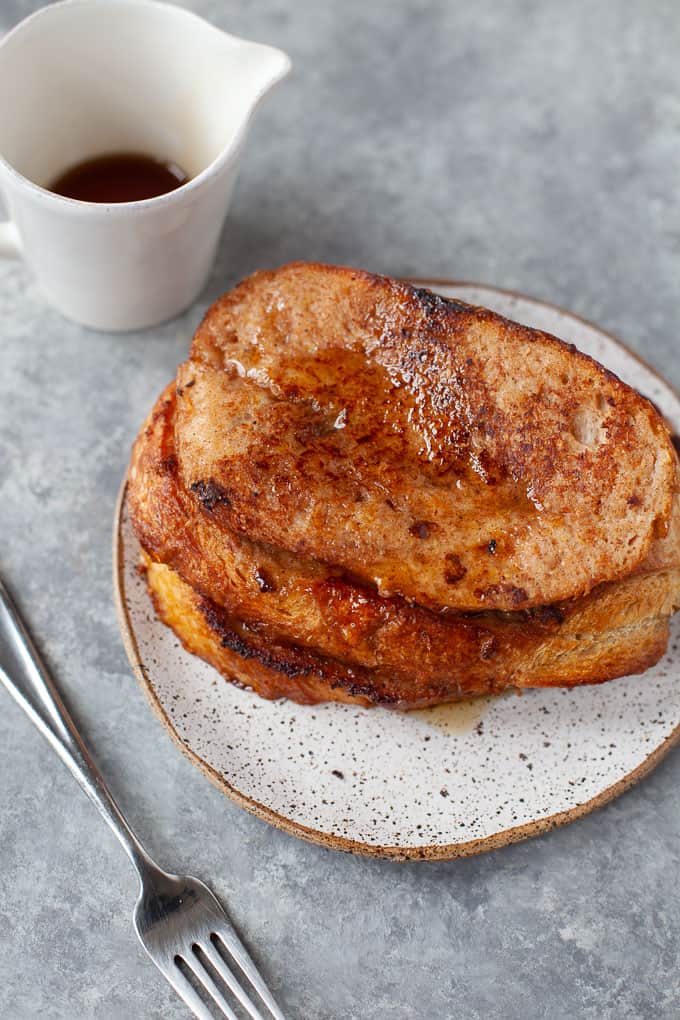 I was actually pleasantly surprised with how the french toast turned out. It was crispy, sweet, and delicious. If you’re looking for an “eggy” flavor, try adding a little black salt or nutritional yeast to the batter as we’ve had a few readers experiment with these ingredients with good results (see comments below)! 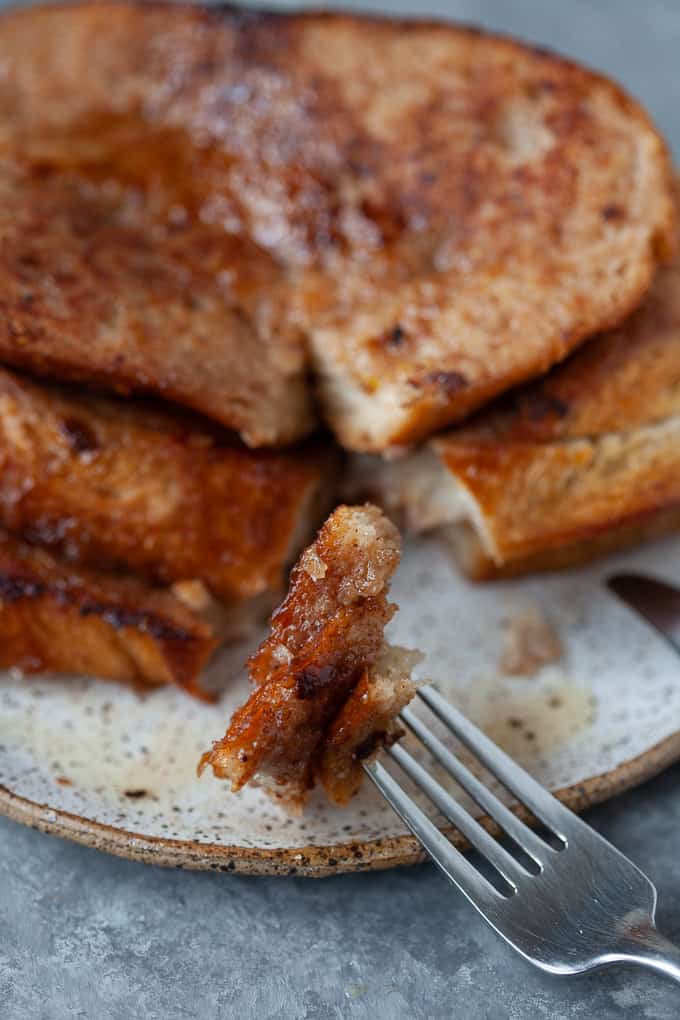 I totally did a BFD (breakfast for dinner) move on Friday night and had this french toast and smeared peanut butter on top. YUMMM. Is anyone else a BFD fan??

This recipe was retested, reshot and revamped to bring you the most delicious (and most beautiful) dish! The original post was published in February 2015.