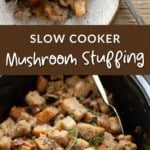 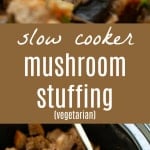 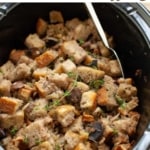 A delicious, savory, umami-filled side dish, this slow cooker mushroom stuffing will not take up any oven space on Thanksgiving! 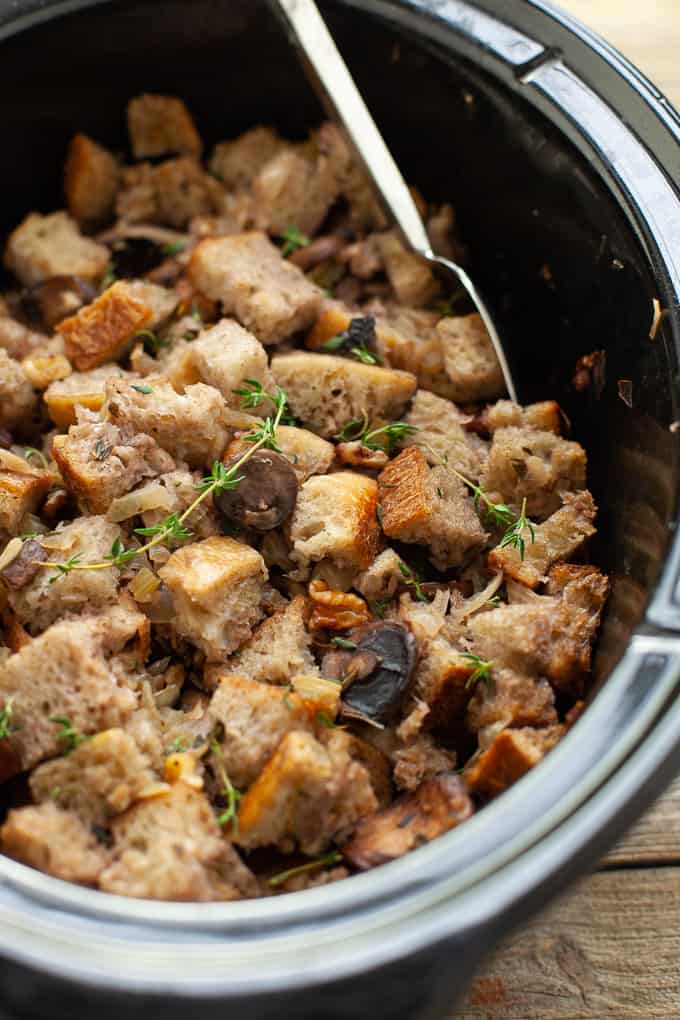 Is anyone else in denial that Thanksgiving is next week?! Anytime it comes up in conversation I’m just like whaaaaat? How is it the holidays already?!

If you’re in the same boat as me, I feel ya. And that’s why I’m bringing you Thanksgiving recipes these past couple weeks. So that you have one less thing to think about. Last week I shared my Slow Cooker Pumpkin Bread Pudding, and in the theme of slow cookery, today’s stuffing recipe is a Crockpot gem too. 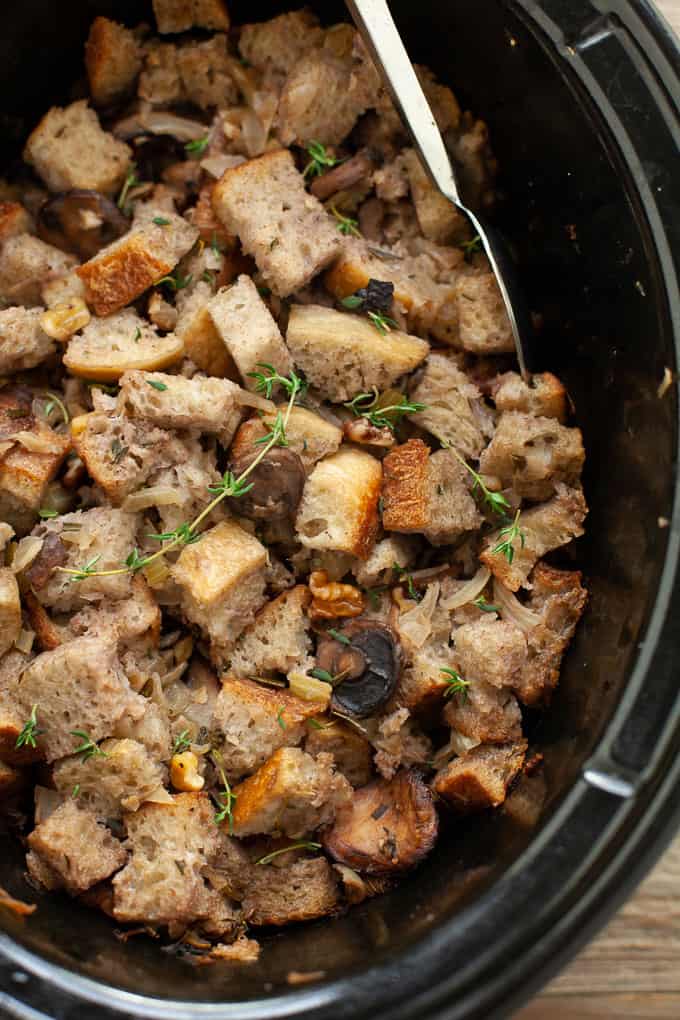 Ahhhh stuffing. Are you noticing a theme here? Dessert made with bread. Side made with bread. Yes, I love bread. When I was younger, I never really liked stuffing. Probably because I was hardcore vegetarian back then and even something made with chicken broth was off limits. It wasn’t until people started making vegetarian versions of stuffing for me and I started pouring my veg gravy over it that it really clicked. 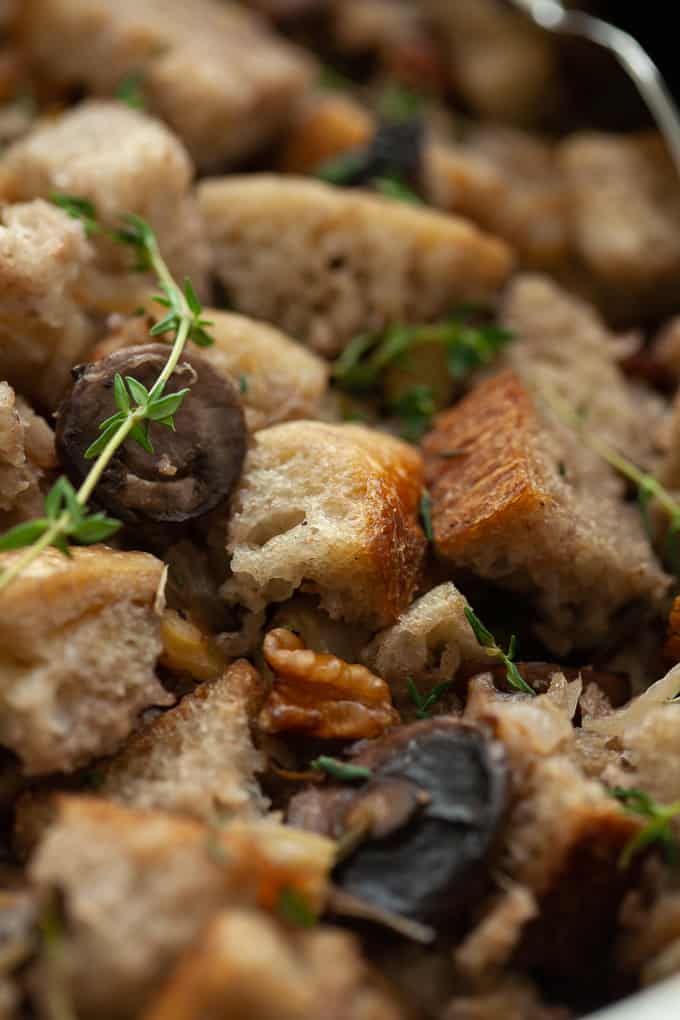 Now I luuuurve stuffing. Esp when paired with gravy. Today’s version is made with mushrooms because they provide that meaty, savory umami bomb that you want out of a stuffing. And it’s got walnuts because I like a little crunchy crunch in my stuffing. It breaks up the bready (technical term) texture. And it lends a little nuttiness to the flavor too.

This stuffing is made in the slow cooker because you know that oven is going to be PACKED come Thanksgiving. It’s nice to not have to worry about oven space for every single dish that’s being made. Plus, the slow cooker cooks stuffing really well. The bread pieces on the bottom get really crispy like they would in the oven. 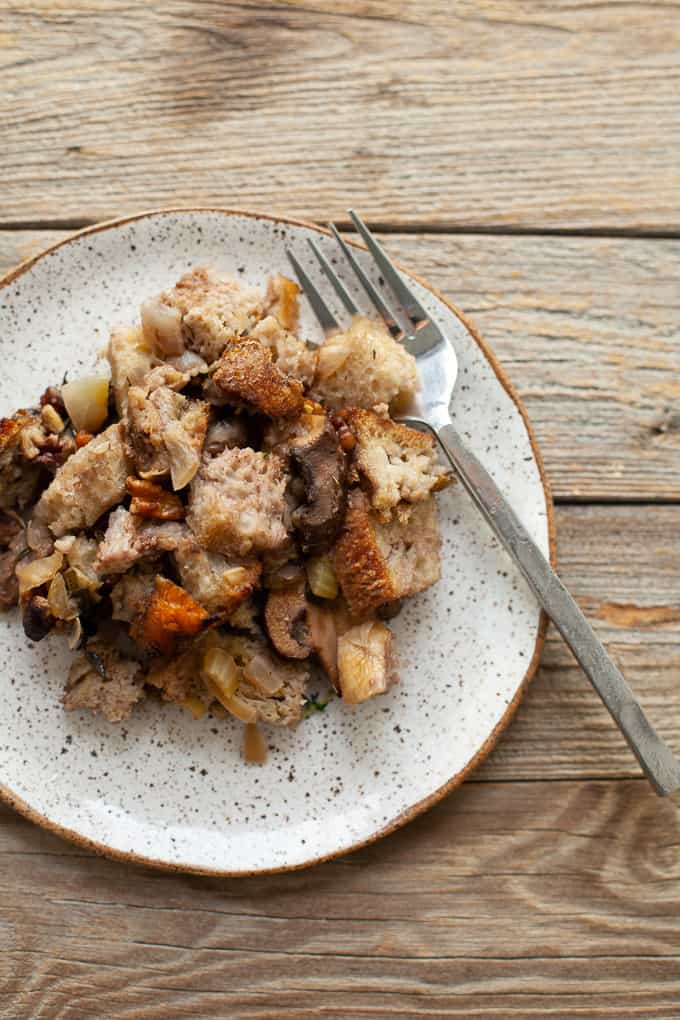 We had this stuffing last night with pork chops and Brussels sprouts and it was such a nice hearty cold-weather meal. It totally hit the spot. Steve loved the stuffing and I know you all (and your guests!) will too. 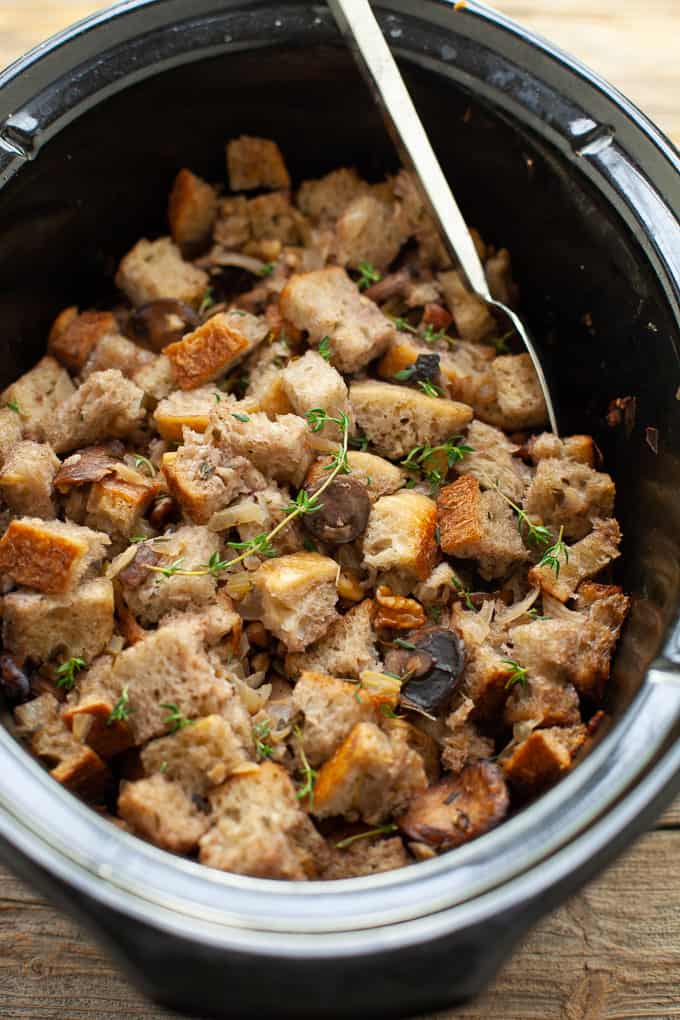 A delicious, savory, umami-filled side dish, this slow cooker mushroom stuffing will not take up any oven space on Thanksgiving!

Tell me, have you ever made stuffing in the slow cooker before?