This slow cooker pumpkin bread pudding makes pumpkin pie look BOR-ING. Spice up your Thanksgiving table with a new pumpkin-laden dessert that everyone will die for. 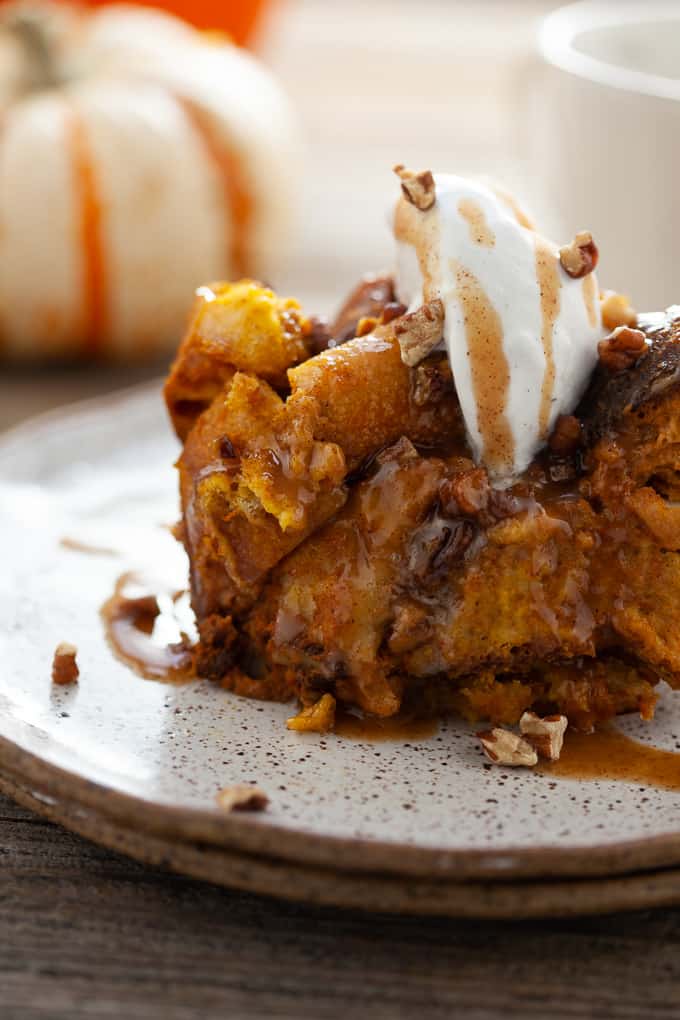 By now I hope you’ve realized I have an affinity for labeling my recipes with a song of choice. It keeps things interesting over here lol. Anywhooo, Thanksgiving. Amiright?! I can’t believe it’s here either. Pretty sure I just rang in 2018 like yesterday. Okay, maybe 3 days ago tops. This year in particular flew by for me I think mostly because of the post concussive syndrome recovery and also I ain’t gettin any younger. So I guess that’s life now. Every year speeds up a little faster than the one before. That’s what my Dad tells me anyway. He’s a pretty trustworthy dude so I guess I believe him. 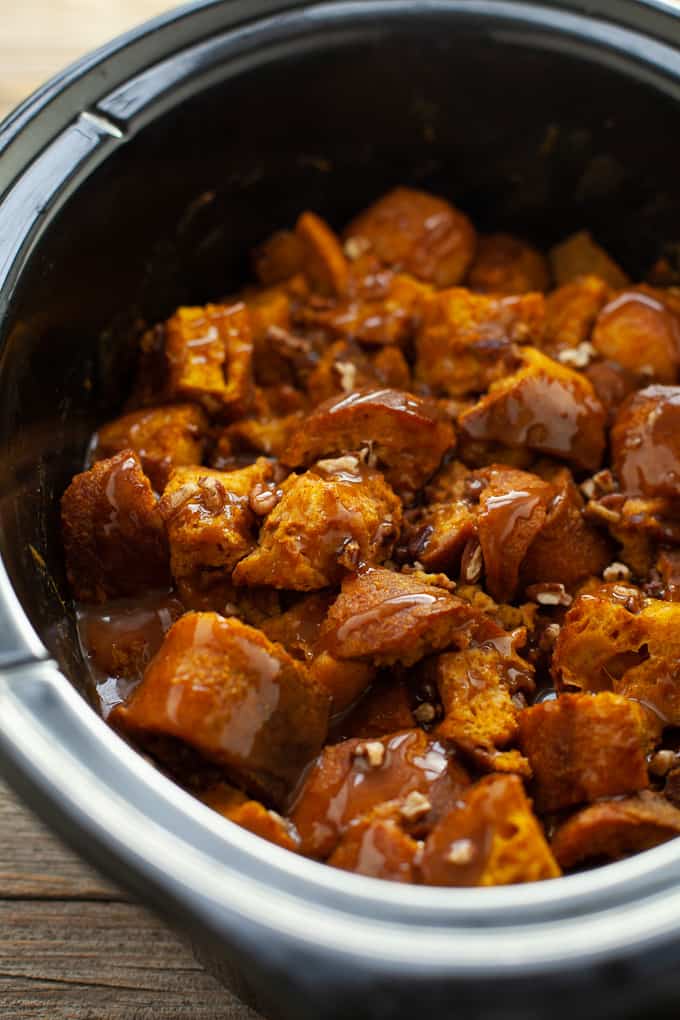 But you know what slows time down a bit? Lingering over delicious food with your familia. Yessss I’m talking Thanksgivingggg. Or any other time you just want to enjoy a slow meal with your fam lol. That was one of my favorite things from my recent trip to Italy – the emphasis on savoring each moment of pleasure around a meal and taking your sweet ass time. It sounds so simple and yet it’s such a rarity here in the States. Don’t get me wrong I’m not immune to our culture; I rush through meals to move onto the next task too. But having the perspective of a different way makes me more aware of changing this when I can. 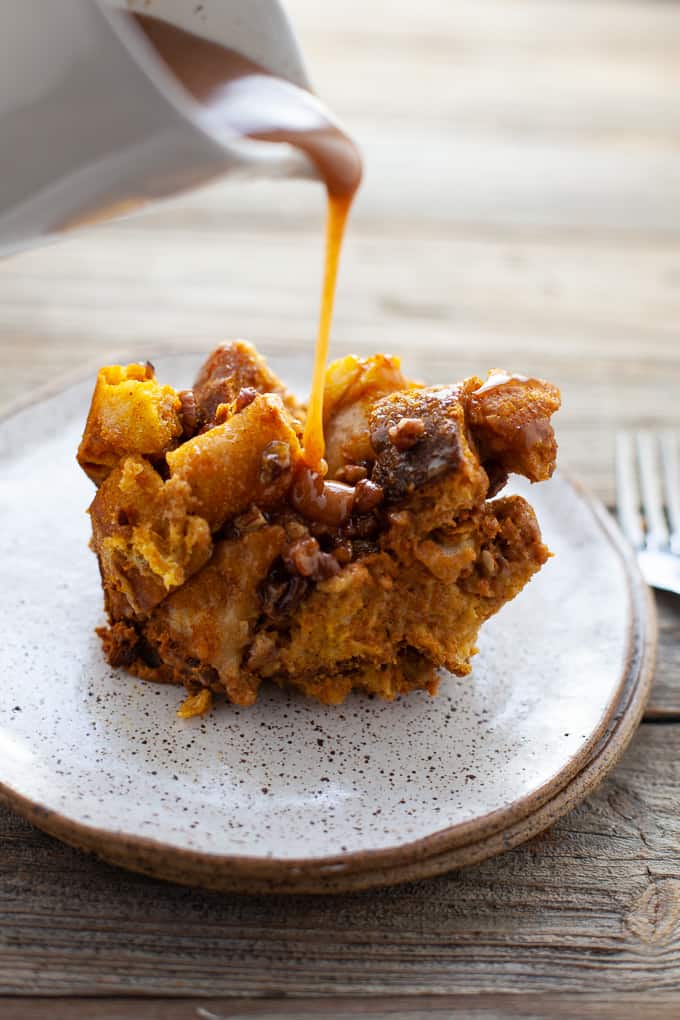 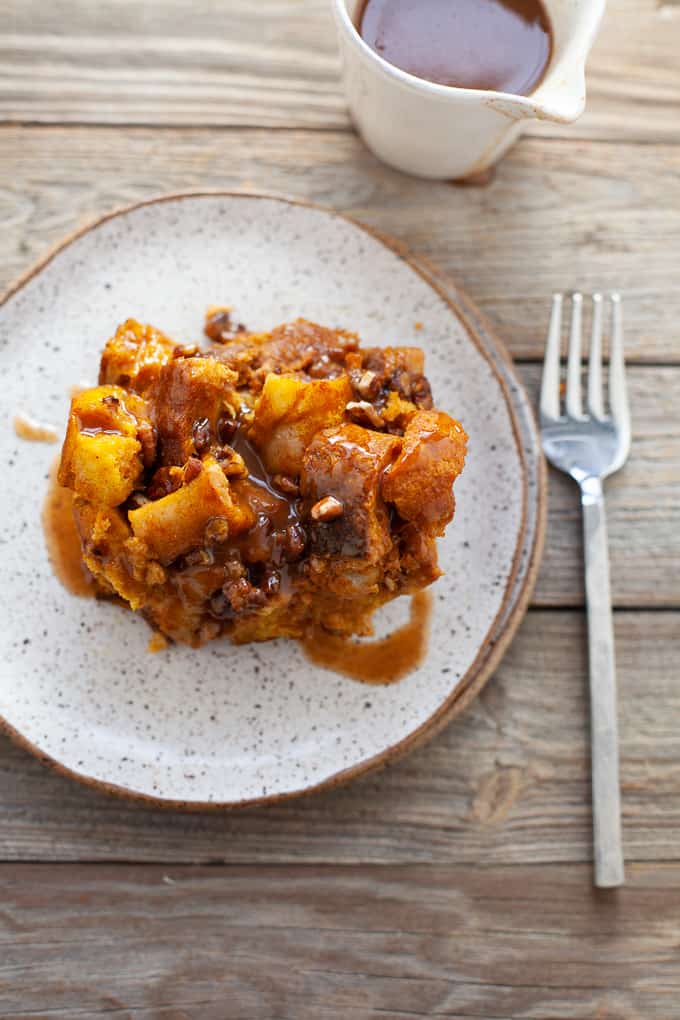 In case you were not aware of my bread pudding obsession, let me catch you up to speed. BREAD PUDDING IS MY FAVORITE DESSERT EVER. There now you’re caught up. This is why I also have a gingerbread bread pudding recipe on the blog. Which you should definitely make for the holidays this year. Why do I love bread pudding so much? Because bread is delicious and it’s even more delicious when you soak it in egg yolks and cream and pumpkin pie spices so that it becomes warm and soft and heavenly. 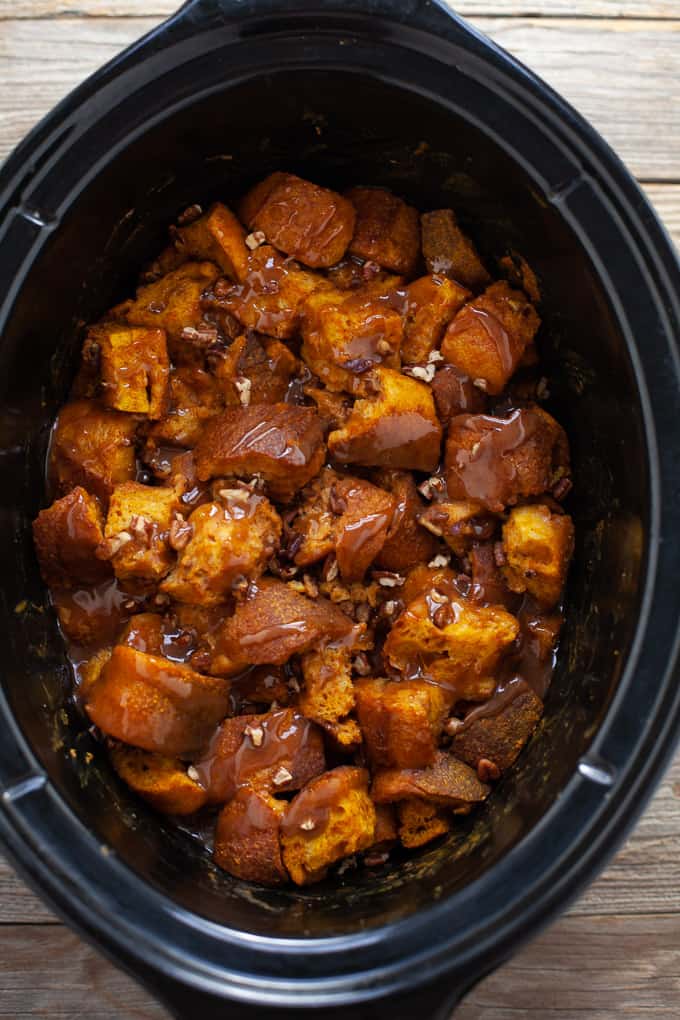 This bread pudding is special because it’s made in the Crockpot. Why the Crockpot? Because your oven is going to be chock-full of stuffings and veggies and turkey. Ain’t nobody got space for bread pudding in their oven on Thanksgiving! Plus, it’s a set it and forget it recipe. You can serve and enjoy your T-Day dinner while your bread pudding does its thang in the slow cooker. 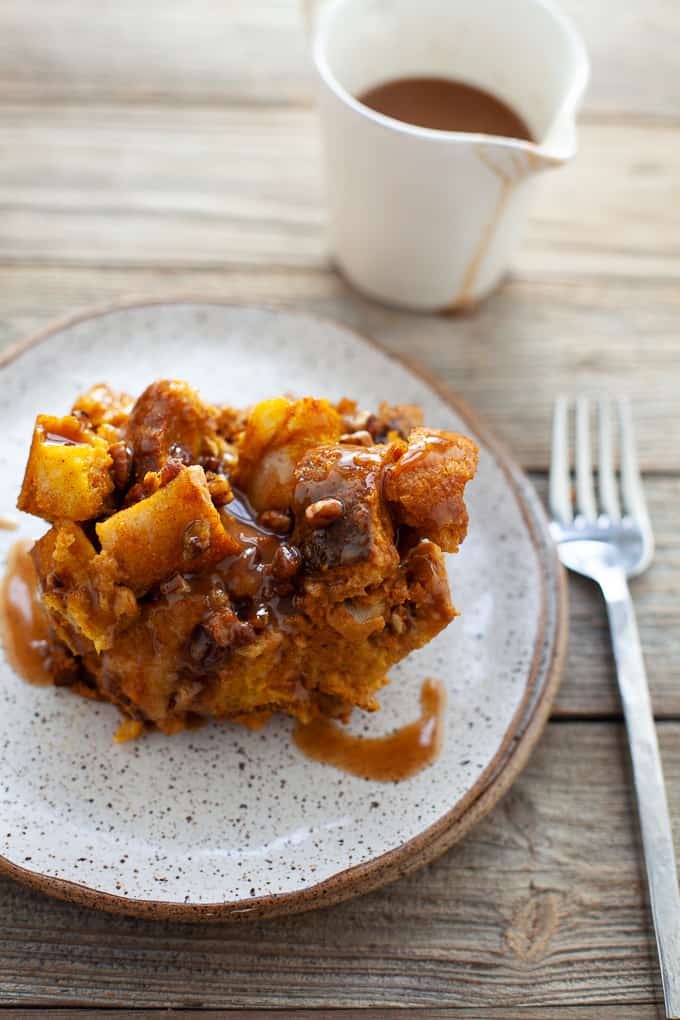 The quick caramel sauce is something you can throw together in the microwave in two minutes. No stovetop required. It’s literally just maple syrup, coconut oil, almond butter, vanilla and sea salt. Sounds weird but tastes just like caramel. You may remember the sauce from my apple pie nachos a couple years ago.

I shared a sneak peak of this recipe on Instagram earlier today after the photo shoot and my sister already DM’d me “wut is that and are you making it for us?” Hahaha I guess the answer is yes. I hope you’ll make it too! 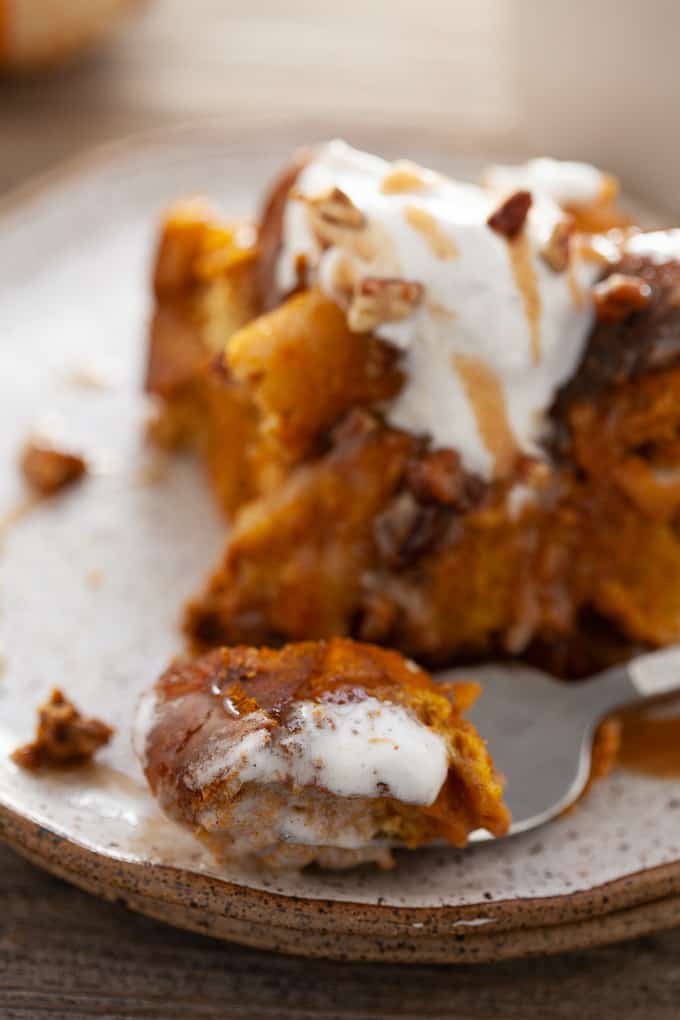 Top the bread pudding off with the quick caramel sauce, some vanilla ice cream or whipped cream and an extra sprinkling of pecans. And enjoy. every. bite.

Tell me, have you ever had pumpkin bread pudding? What desserts are on your Thanksgiving table this year?

For more pumpkin-y sweets, check out the recipes below! 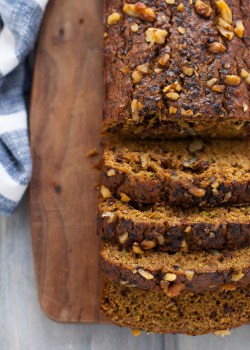 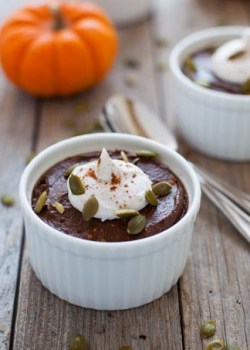 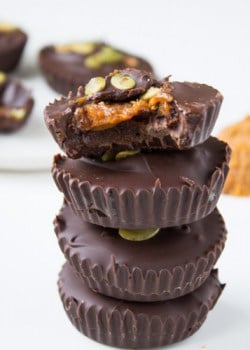