A vegetarian play on carnitas, these instant pot jackfruit tacos are going to satisfy your weeknight craving for Mexican food. 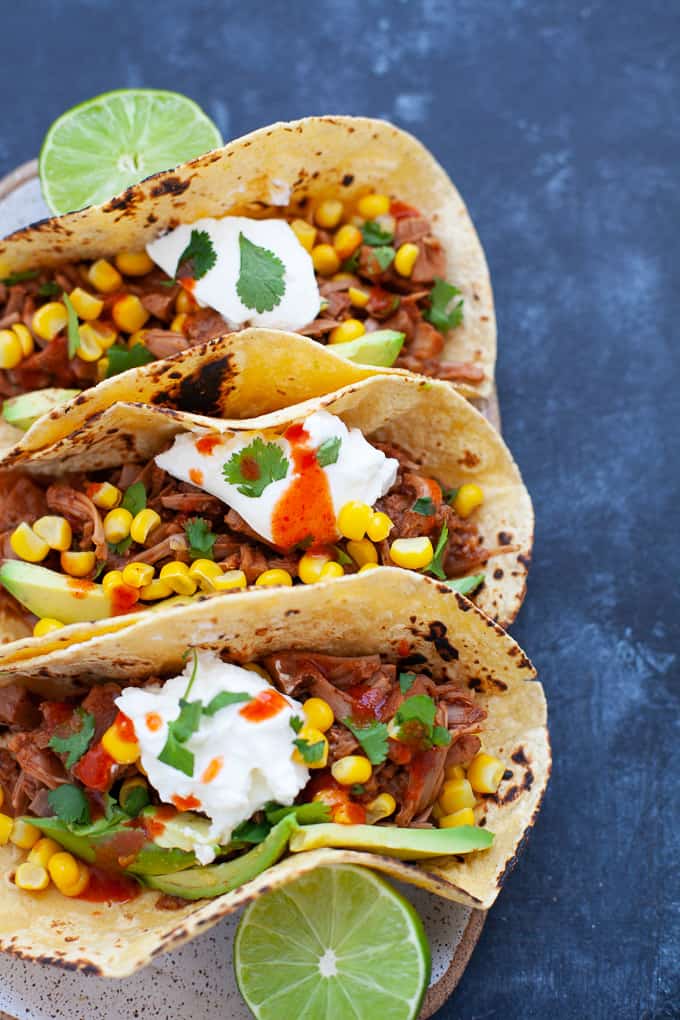 I’m happy that jackfruit is having a moment. I mean it’s still having a moment. Sure it’s been around for a little while but it was just named one of the top food trends for 2019, which means it basically just won the Oscar for best new food.

I first tried jackfruit years ago, on a taco from a food truck in Boston, and was BLOWN away. I was like this stuff is fruit?! But it tastes like meat! Mind. Blown. So what exactly is jackfruit? It’s a giant fruit (no joke, it can grow up to 100 lbs) that is indigenous to India but now grows in tropical and subtropical climates like Southeast Asia. Unripe or green jackfruit is what you can use for savory applications, like taco “meat” or pulled “pork”. Ripe jackfruit is orange/yellow and is sweet and sticky, making it perfect for dessert applications. How interesting is that? One fruit can either be used as a vegetarian meat replacement or in dessert depending on its ripeness. 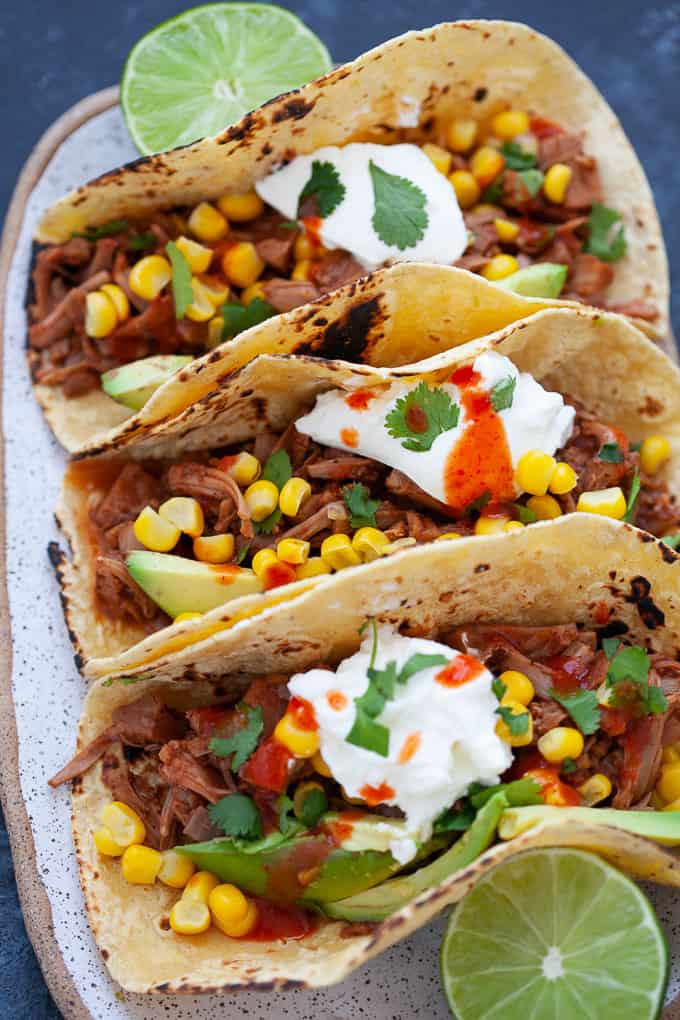 I bought my jackfruit in a can from Trader Joes and it was soaking in its own brine but you could also be super ambitious and look for the whole fruit in the produce section. Just don’t ask me how to cut it. I’m not there yet lol. Despite being a meat replacement, jackfruit doesn’t actually contain much protein so pair it with some beans or Greek yogurt for an extra protein boost. It is however a nutrient-dense fruit rich in vitamin A, vitamin C, magnesium, vitamin B6 and fiber. 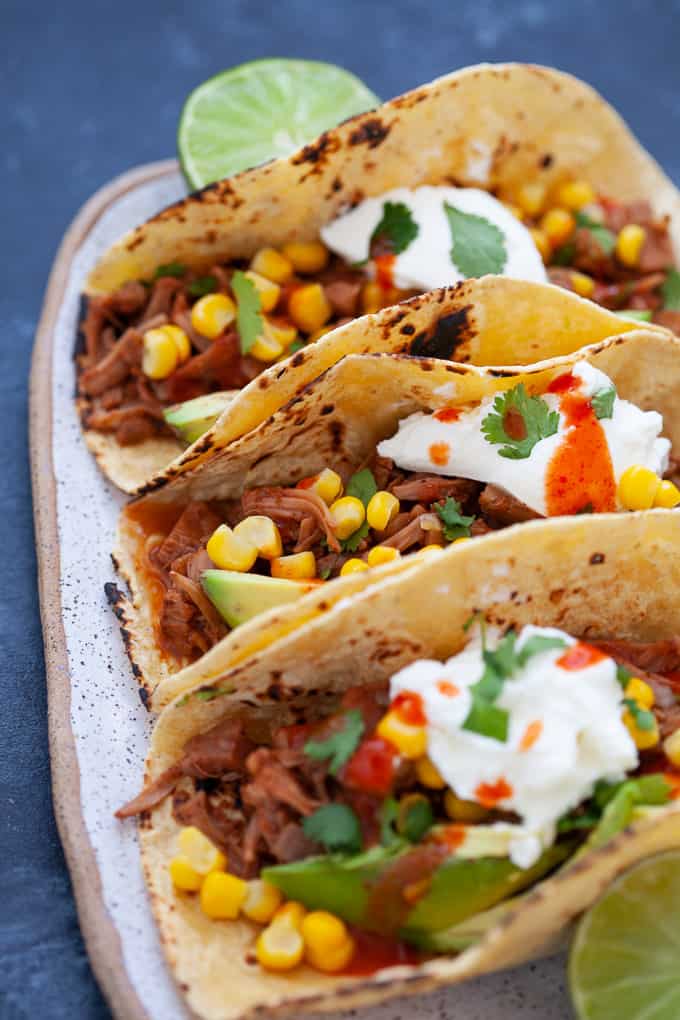 I’m excited by how easy it was to make these tacos in the Instant Pot. Ya’ll know my love for the IP by now. All I had to do was throw all the ingredients in the IP, set it, and then I had time to throw in a load of laundry and do the dishes! #SUCKERFOREFFICIENCY. This would be a quick and easy weeknight meal idea. And if you want to take it an extra step to make the texture and flavor even more carnitas-like, you can throw the jackfruit onto a baking sheet and let it bake under the broiler until it’s nice and crispy. But if you don’t want to dirty another pan and create another step for yourself, I’m with ya! They’re delicious as is. 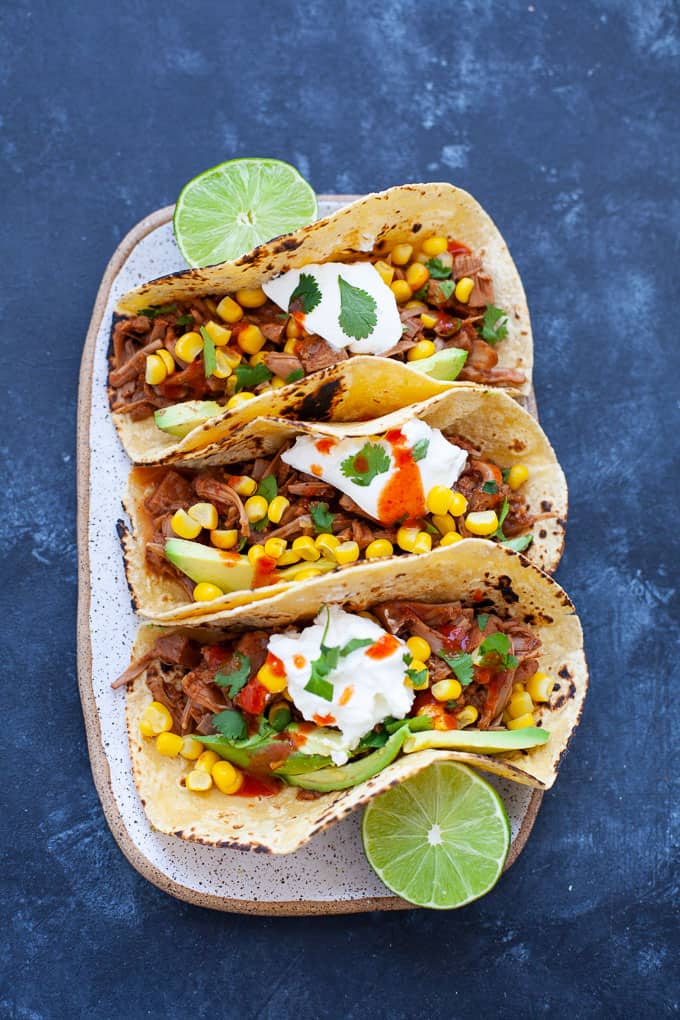 These tacos are spicy, savory and packed with flavor. Delicious with an extra squeeze of lime, dollop of Greek yogurt or sour cream and a drizzle of hot sauce. I used corn and avocado on these babies but feel free to experiment with different toppings like cabbage, beans, rice, etc.

To keep the recipe vegan, you can use a vegan sour cream or just omit it and for a gluten-free version, just be sure to use a gluten-free soy sauce. 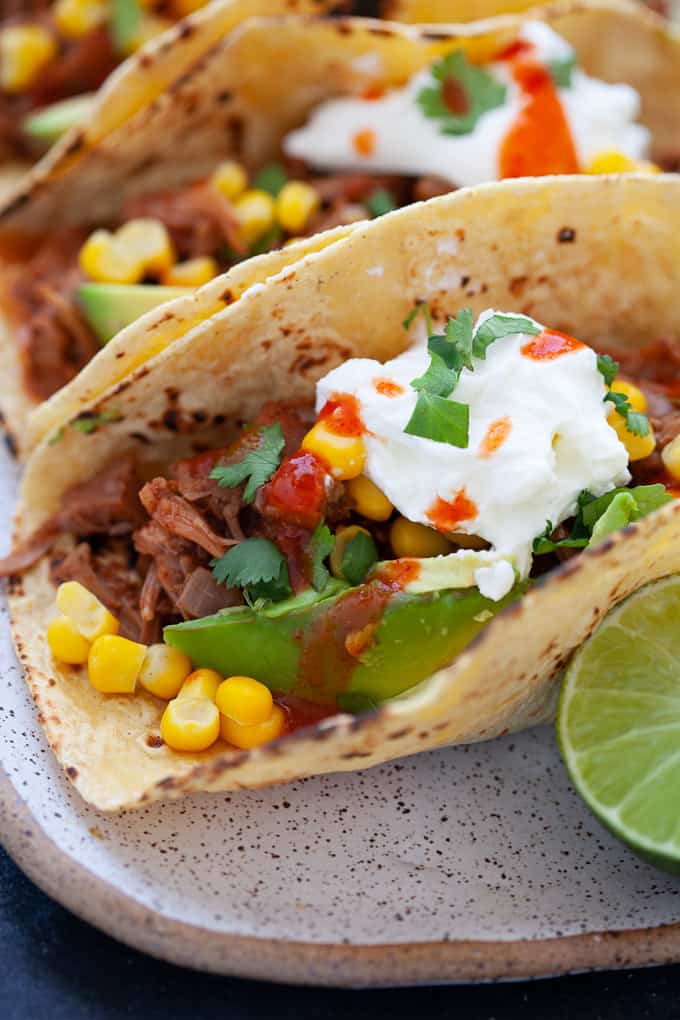 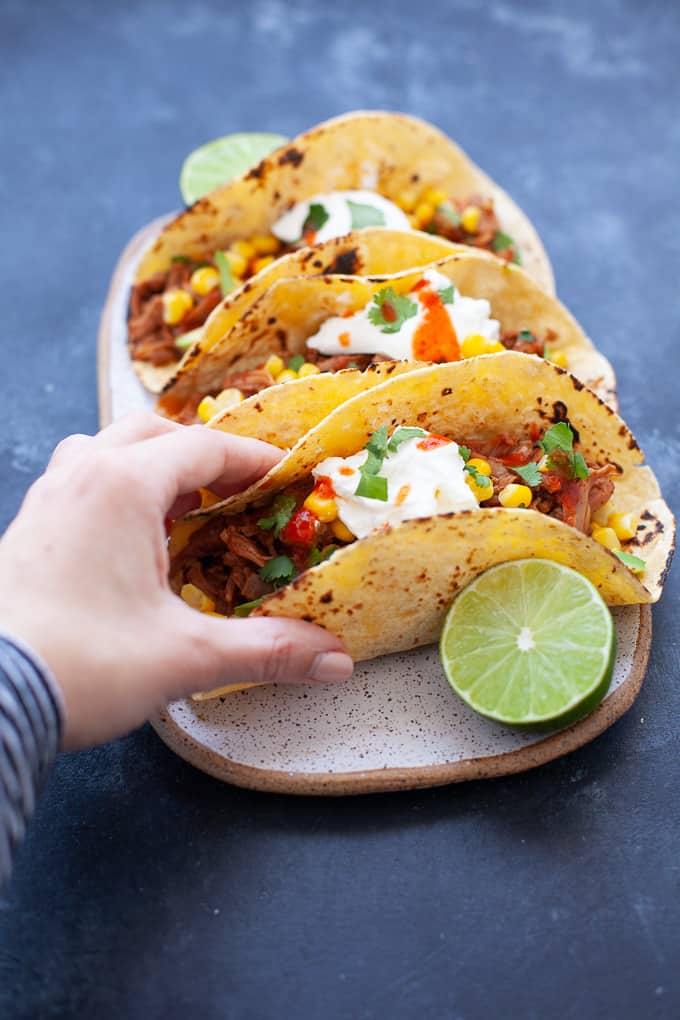 A vegetarian play on carnitas, these instant pot jackfruit tacos are going to satisfy your weeknight craving for Mexican food.

For the jackfruit carnitas:

You could also shred the jackfruit with a fork after it is done cooking.

For more Mexican flavour inspiration, check out the recipes below! 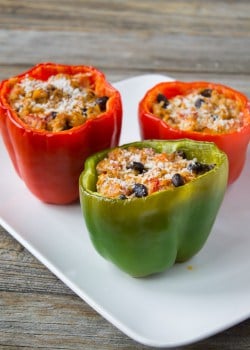 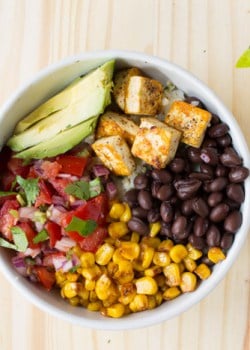