Home » yoga & mindfulness » Mindful Monday: The Secret to Meditation You’ve Been Waiting For

Mindful Monday: The Secret to Meditation You’ve Been Waiting For

Ever struggle with meditation? This week on #mindfulmonday, I share the secret to meditation you’ve been waiting for that will dramatically change your practice. 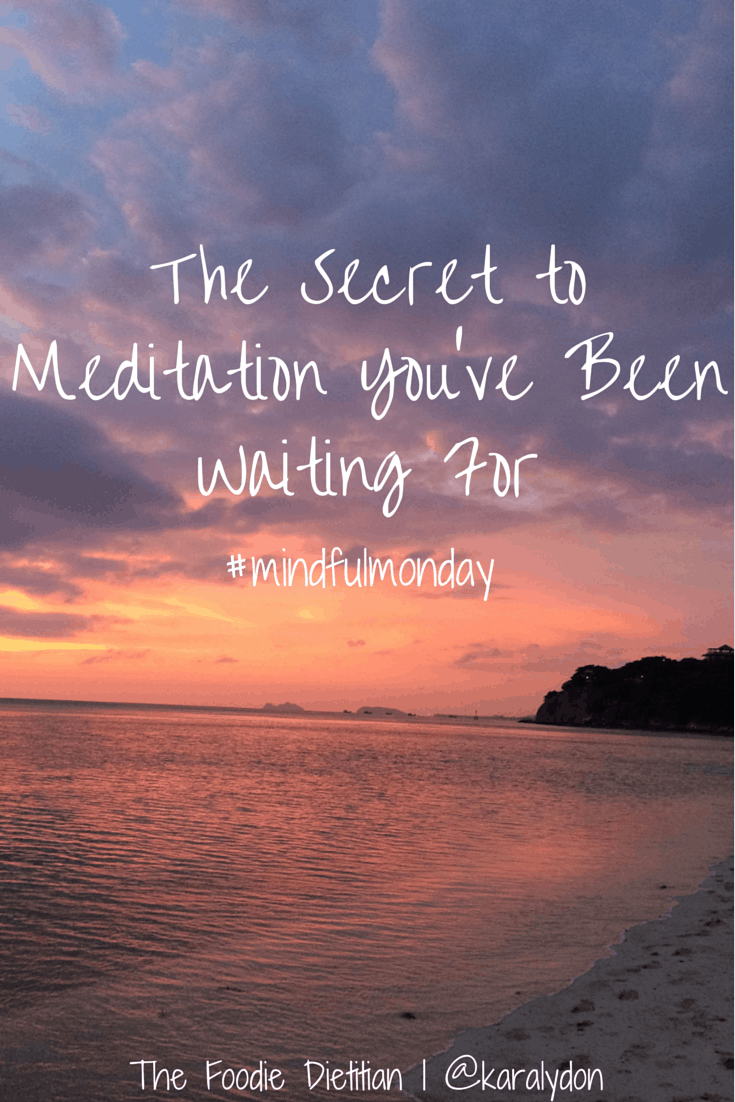 I was watching comedy on Netflix with Steve last night as we tried to wind down before a crazy busy week of travel and weddings ahead. We watched this stand-up guy, John Mulaney, who was actually pretty hysterical. He had me LOL’ing ALOT. During one of his skits, he was talking about dating and how he usually dates Irish Catholic women but the problem with Irish people is that they tend to bottle up all their emotions (and he points to his chest to indicate where they’re stored). So he continues to repeat this notion that Irish people hold everything in, they don’t talk about things, they just keep everything in until one day…(I’m thinking he’s going to say explode, throw a fit, etc.)…they die. Cue the LOL’ing.

I thought this was hilarious because as a 50% Irish gal, I can totally relate. He actually quoted a conversation he had with his Irish girlfriend once who was staring outside the car window, and he said to her what’s wrong? And her response was “you wouldn’t even begin to understand”. He goes what the “*!#@ am I supposed to do with that?” Pretty sure I’ve fed that line to Steve before. 🙂

So how does this comedy about Irish women relate to meditation? Stay with me… 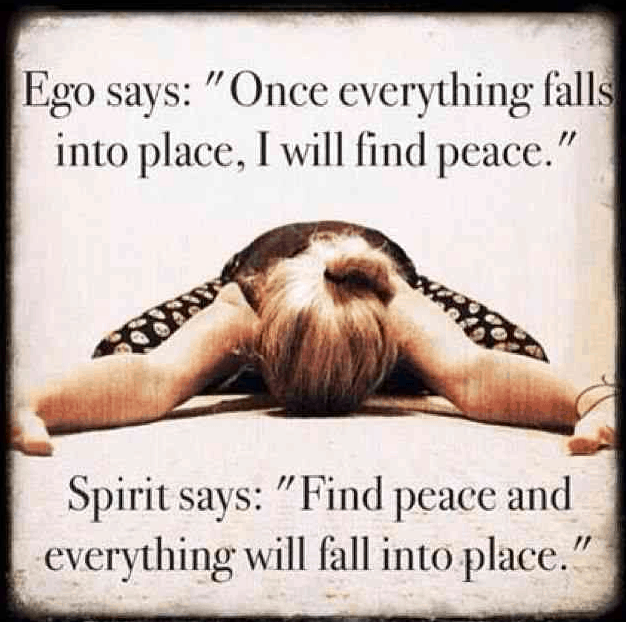 A few weekends ago, I had some stuff come up (and by stuff I mean the emotional junk that life throws us sometimes). And instead of acknowledging it or talking about it, I did what every Irish girl does and bottled it up. And then kept myself as busy as possible so that I wouldn’t have to confront it or think about it. Went for a run, went to the grocery store, made a recipe, read, cleaned the apartment. You know, busy work. And it got to the point where I knew exactly what I was doing and why.

So, I stopped myself in my tracks and forced myself to my meditation seat (which is a big pillow and a blanket on the floor – meditation doesn’t need to be fancy or complicated). I set my timer for somewhere between 20-30 minutes and sat and dealt with the “stuff”. And sure enough the stuff came up, I had a good cry, and I felt SO much better after that. Did you know that crying actually releases endorphins? Not that we want to walk around crying everyday but that’s why you tend to feel much better after you let out a good cry.

Meditation allows you to be present with yourself and your thoughts. By watching your thoughts, you can learn more about yourself than you ever knew was possible. It helps relieve stress, encourages mindfulness, and helps you to start changing certain behavioral or thought patterns. 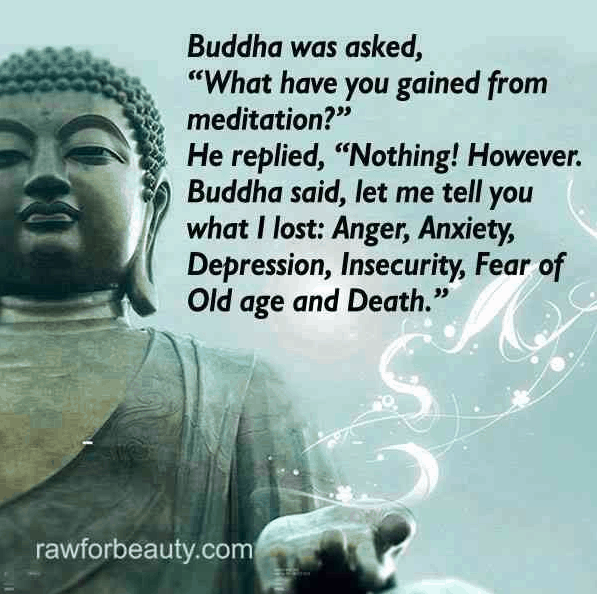 When I talk to people about meditation, I often hear “I can’t meditate”, “I wouldn’t be good at meditating”, or I wouldn’t know how to meditate”. But here’s the secret to meditation that most people don’t realize…

And that’s where I went wrong for years (before yoga teacher training). I was always trying. Whenever I would sit to mediate I would try really hard to focus on not thinking. If thoughts would come up or I would get distracted, I would get frustrated and try to tell myself to stop thinking. But here’s the thing – you don’t want to stop thinking. You want to let thoughts come and go as they naturally would and then observe them without attaching. And if you get distracted by your thoughts (which you will – everyone does), then you simply acknowledge that you were thinking (perhaps by saying the word “thinking” to yourself) and come back to the present.

We’re so programmed to always be trying. Improving. Getting better at. So take advantage of the practice of meditation to let all that go. And just be with wherever you are. No judgements. No trying. Just being.

Next week, I’ll share with you my favorite meditation apps and tools for meditation. Stay tuned!

Have you ever tried meditating? What was your experience like?