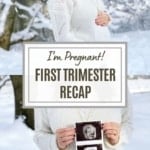 A pregnancy announcement, recap of my first trimester, my go-to’s and recommendations for this trimester! 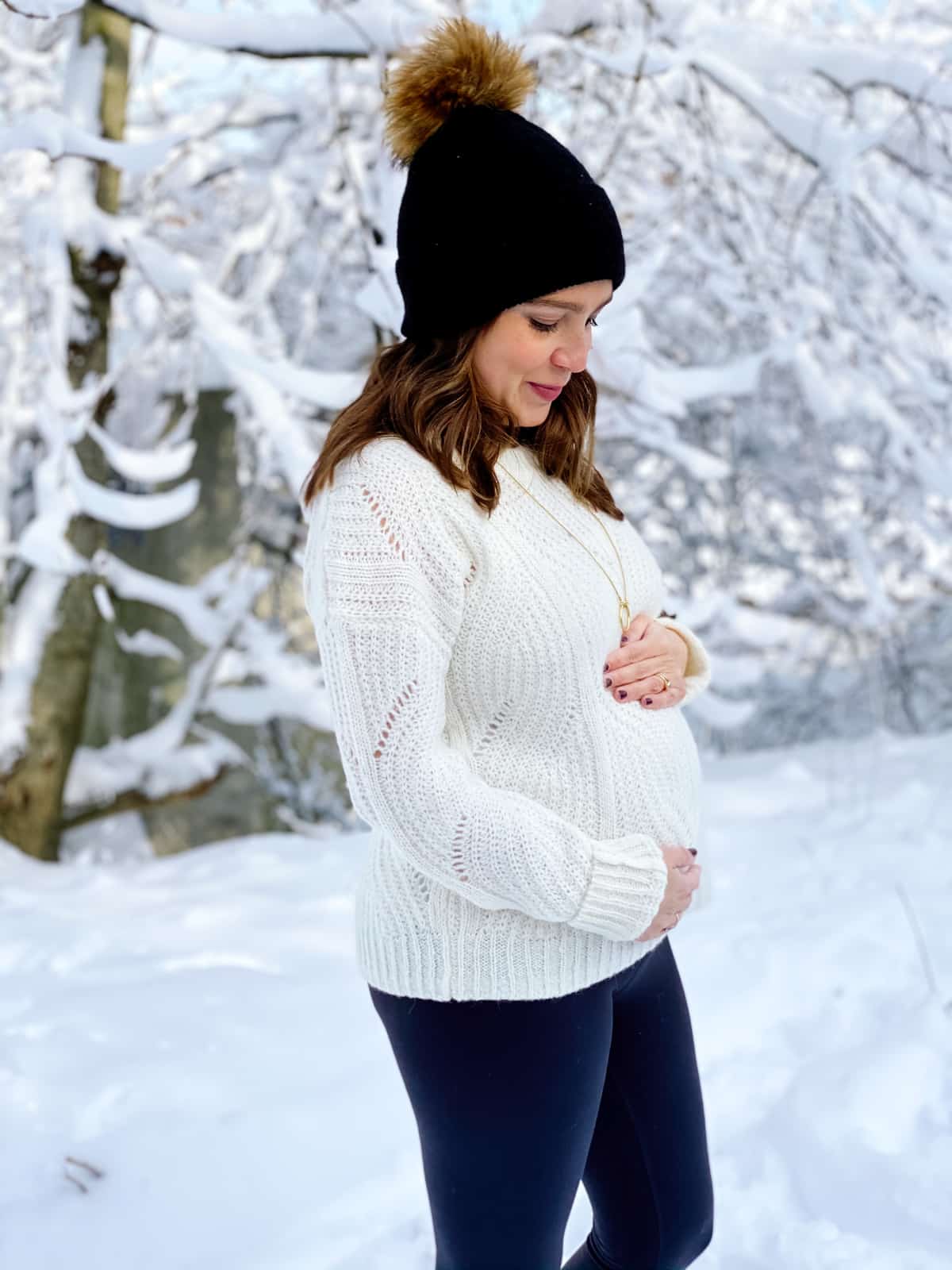 As I’m writing this, I’m 20 weeks, halfway there! It seems wild to me that I’m at the halfway point because my first trimester felt like it was neverrrrr going to end. But here I am, feeling pretty good at 20 weeks and SO ready and excited to share this news with ya’ll. It’s a long time to keep that kind of secret!

The reason I’m writing this post is because I felt pretty lonely at the beginning of my first trimester, before I was ready to tell family and friends, and these kind of posts were a comfort to me. Because I could see myself in them and be like hey, I’m not alone! Or, cool this is normal. And it gave me hope that there were better days ahead. So if you’re currently in that space, I truly hope this post is of value. I see you and you got this, mama.

And if you’re currently struggling with fertility or loss, I see you too. Please feel free to close out this tab and move on if this post doesn’t serve you right now. Just know I’m sending you lots of love.

How We Found Out

We were EXTREMELY lucky to have an easy time getting pregnant. I actually didn’t think we would get pregnant as quickly as we did. But I had a funny feeling I was pregnant before I even took the test at 4 weeks. I guess that’s the blessing of being pretty in tune with your body. At 3 weeks, my boobs started to become sore, I was burping a ton, and I had some emotional rollercoasters. I remember saying to Steve “sure, this could be PMS symptoms but it feels different; something is changing in my body.”

So when I took the pregnancy test and was waiting for the results, I felt excited because I felt like deep down I already knew. And the test confirmed my suspicions! I ran into the living room beaming and told Steve we were pregnant. He was elated and surprised too (because he also didn’t think we would get pregnant as quickly as we did). He kept saying, “really?!” over and over. Then he scooped me up in his arms and carried me to the bathroom where I showed him the proof. A positive test. 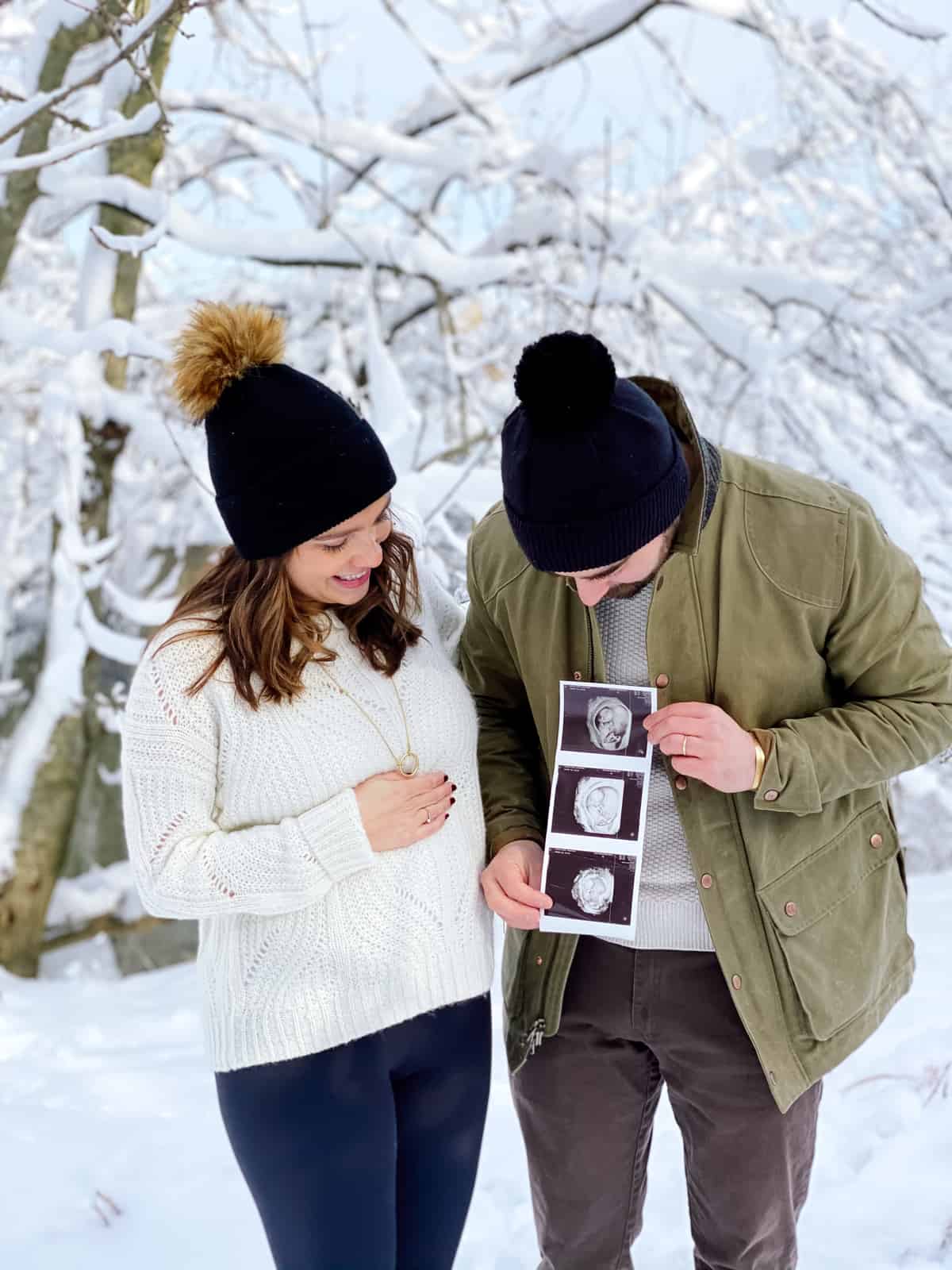 When did we tell people?

I remember googling this pretty soon after we found out the news – when should we tell family and friends? The internet will probably tell you at the end of your first trimester. I say tell people whenever you’re ready to tell them. We actually told our family (parents and siblings) after we told some of our friends only because we really wanted to be able to share the news with our parents in-person. And since our parents live eight hours away, it required some planning. And me not wanting to vomit every two seconds. We planned a trip home to tell them the news at 10 weeks but I was still feeling so sick that we ended up canceling it. Thanksgiving was only a few weeks later so we decided to wait to drive home to tell them then and I was about 13 weeks at that point.

But I couldn’t wait 13 weeks to tell anyone! I think we told our first friend at 6 weeks and then slowly started to tell more and more as the weeks went on.

I found it to be a weird position to be in to be in this trimester where I was most in need of support and then have this cultural conditioning around waiting until the end of the trimester/beginning of second to tell people. I know this is because the risk of miscarrying is higher but ultimately I knew that even if we did miscarry, I would still want close friends and family to know for the support.

Do we know what we’re having?

Yes! We’re having a boy! I give so much credit to folks who don’t find out the sex of their baby ahead of time. But with my personality coupled with all the uncertainties last year, I was like I need something certain to hold onto here.

I oddly enough had a dream shortly after we found out we were pregnant that it was a boy. Who knows if that was coincidence or some cosmic/subconscious intervention but either way we had a suspicion it was going to be a boy. 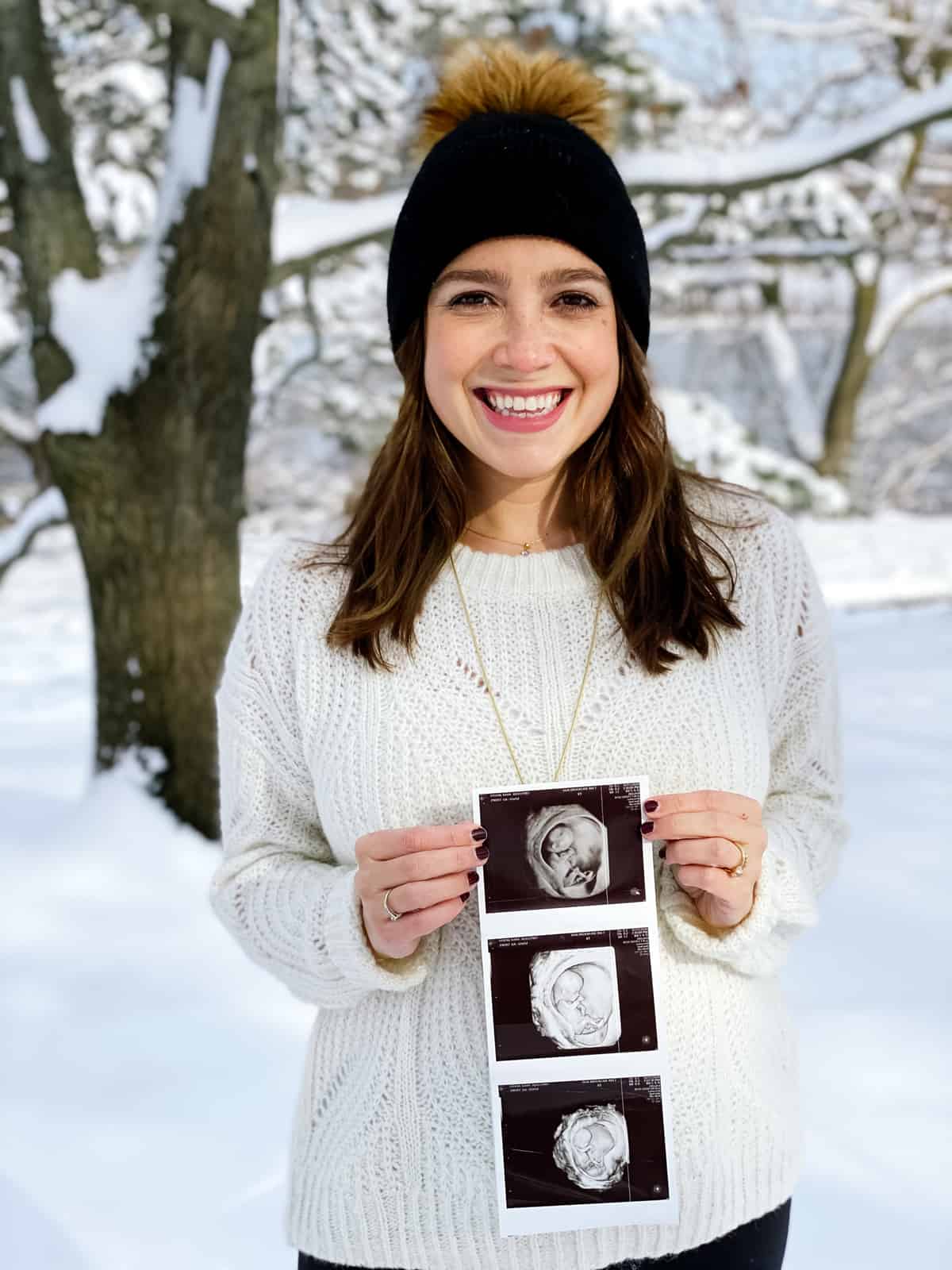 When are we due?

May 29th! We’ll see if he’s a Memorial Day weekend baby or if he decides to wait until June to arrive. Either way, I can’t stop channeling Justin Timberlake and singing “It’s gonna be MAY.” LOL 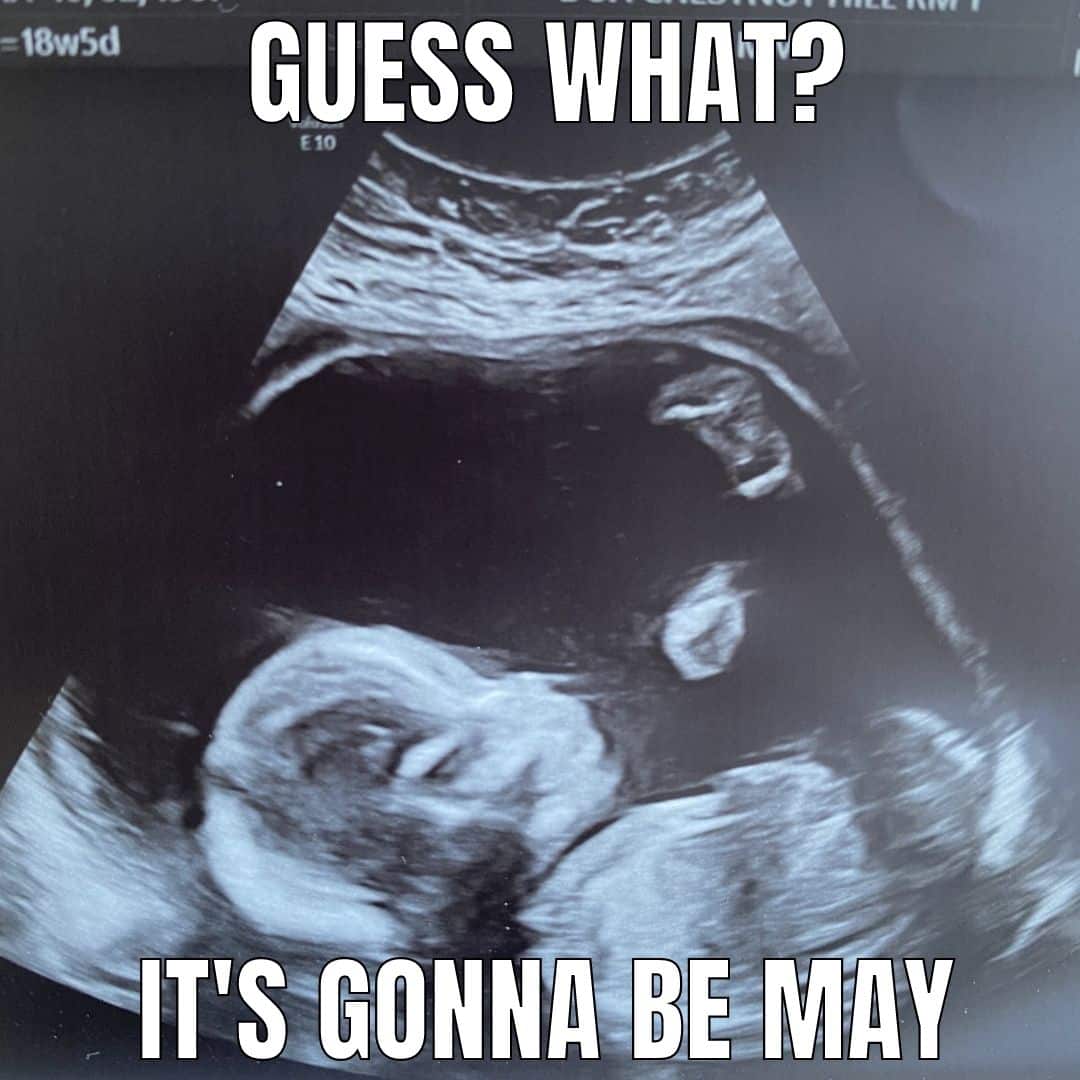 Oh boy. The first trimester is ROUGH. Here’s a recap of my symptoms:

Weeks 4-5: sore boobs, nausea, fatigue, gas, reflux, severe cramping (so bad we had ended up having an ultrasound at 6 weeks to rule out an ectopic pregnancy), food aversions, heightened sense of smell, and insomnia

Weeks 6-8: all of the above minus the severe cramping + vomiting started at 6 weeks

By 14-15 weeks, I was feeling much better and my nausea and vomiting had resolved. I was sleeping better and by 16 weeks felt like I had my energy back.

I will say that I am grateful that I didn’t have it worse. I know some pregnant folks are nauseous/vomiting all day. That wasn’t the case for me. I could manage in the morning/afternoon but come 3-5pm, I felt so sick and it lasted until I went to bed. So for 2.5 months, I basically laid horizontally on the couch from 5pm on because sitting upright or moving just made me want to vomit. Morning sickness was such a misnomer for me. It was more like evening sickness.

The other strange symptom I had was lightheadedness in the morning. I would try to make breakfast and feel like I had to sit down and take a minute before standing up again. I still don’t know if this was a blood sugar issue or blood volume thing but it did end up disappearing after the first trimester.

I remember when I noticed my first food aversion. I was probably five weeks and I made a salad with mixed greens from our farm CSA and it tasted like dirt and I started gagging. I think I ended up making a cheese and apple quesadilla instead. And I was like oh, here we go! 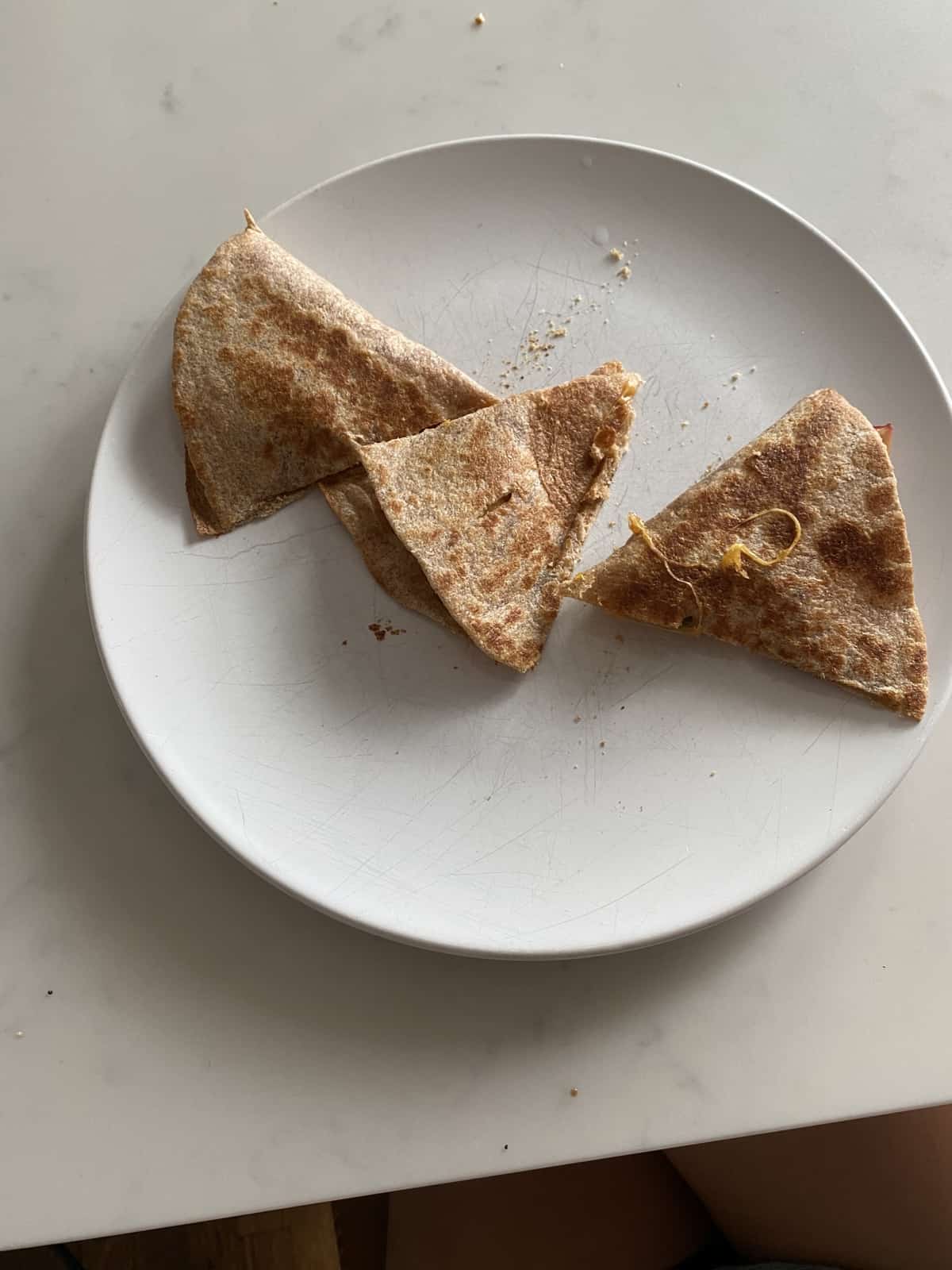 From there it got worse. I didn’t tolerate any of my usual protein sources like eggs, chicken or fish. I couldn’t stand vegetables.

I pretty much ate bagels, waffles, cereal, yogurt, fruit smoothies, peanut butter (so. much. PB.), cheese, bread, pizza, bean and cheese burritos and quesadillas, takeout, and frozen dinners. Because here’s the other thing, I developed a super heightened sense of smell that also triggered my gag reflex and nausea. It was so bad that I couldn’t even open the fridge without plugging my nose or gagging. So I didn’t cook much at all during my first trimester. I couldn’t stand the smell of food cooking either. Steve often would have to eat dinner in a different room so I wouldn’t smell whatever he was eating. 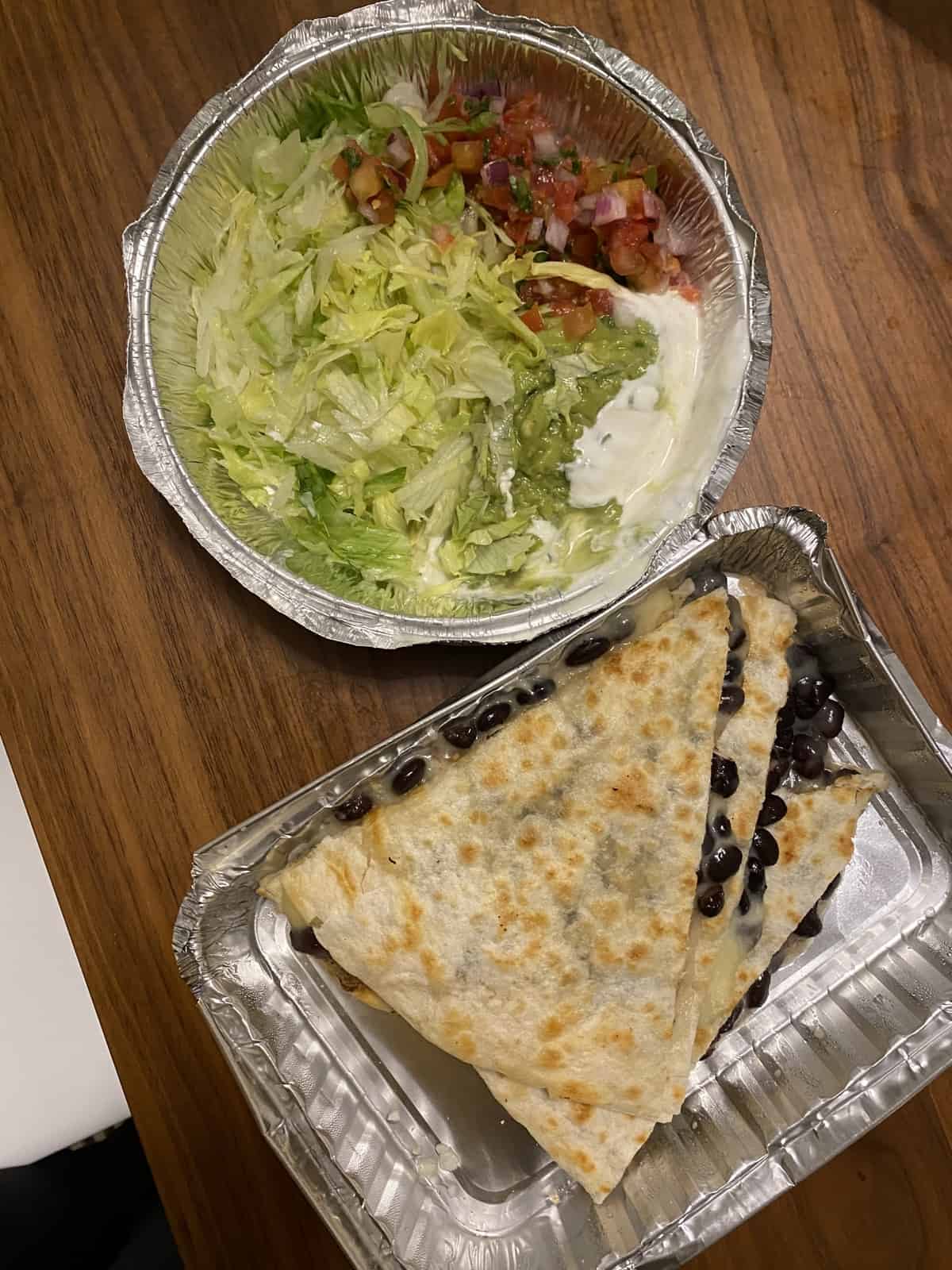 I’m not going to lie it was a weird feeling not cooking and not eating vegetables for ~2.5 months. Being a dietitian and a food blogger added some layers of complexity to my feelings around this. But I’m so glad that I have a healthier relationship with food now and eat intuitively because had I not I think I would have felt a lot of guilt and shame around the way I was eating. But I knew that 1. this was normal and 2. my prenatal vitamins were covering me and 3. hoped that this wouldn’t last the entire pregnancy! :). 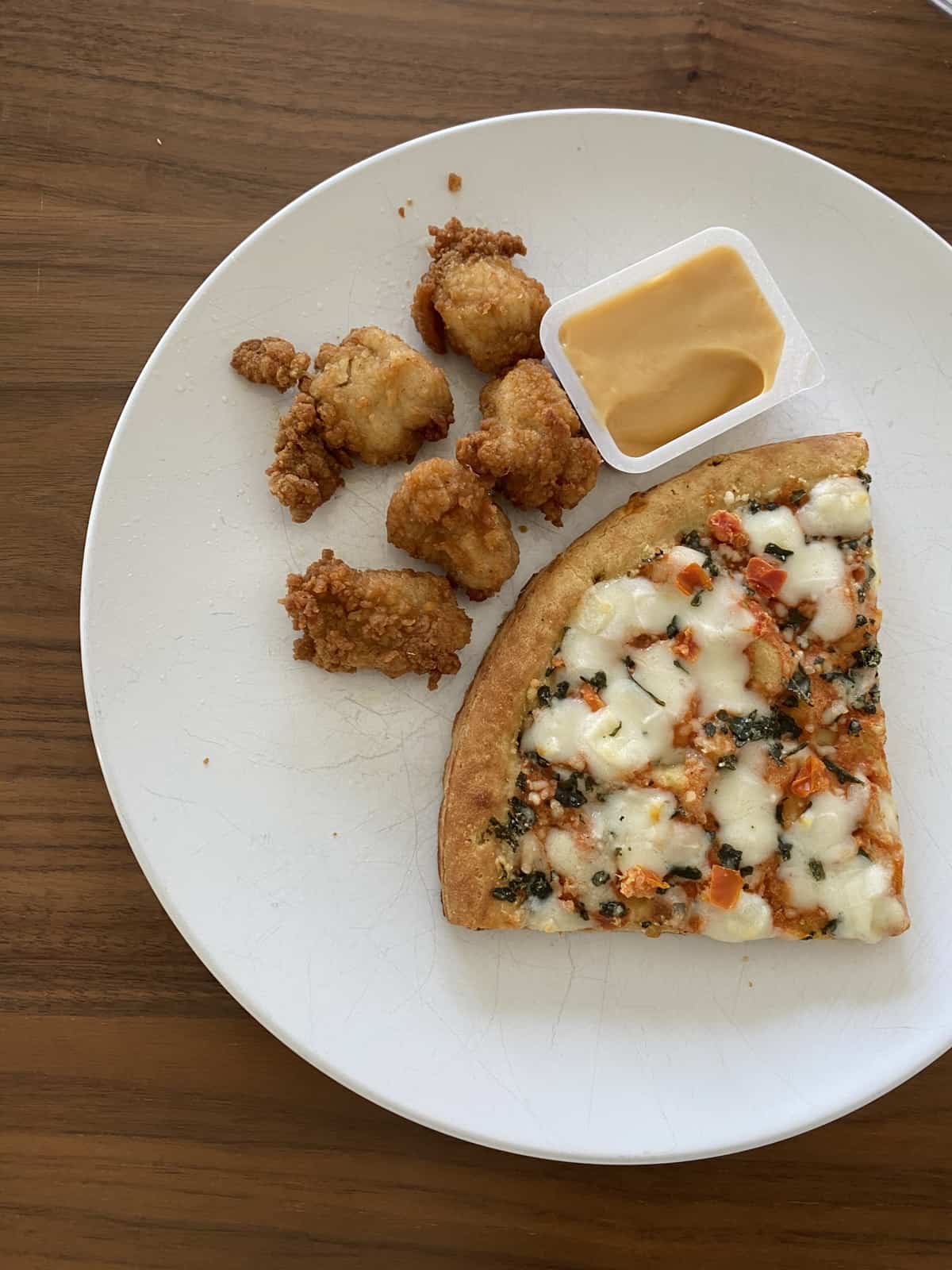 My movement during the first trimester consisted of me running from the living room to the bathroom to vom. LOL. JK. But honestly, I didn’t have much of a movement routine during my first trimester. I was pretty fatigued all the time, wasn’t eating normally, and didn’t feel well in the morning or in the evening so it didn’t leave me much time to feel like moving my body. I did go for walks outside because it was fall and the fresh air and getting outside was good for me. We did a few hikes here and there. 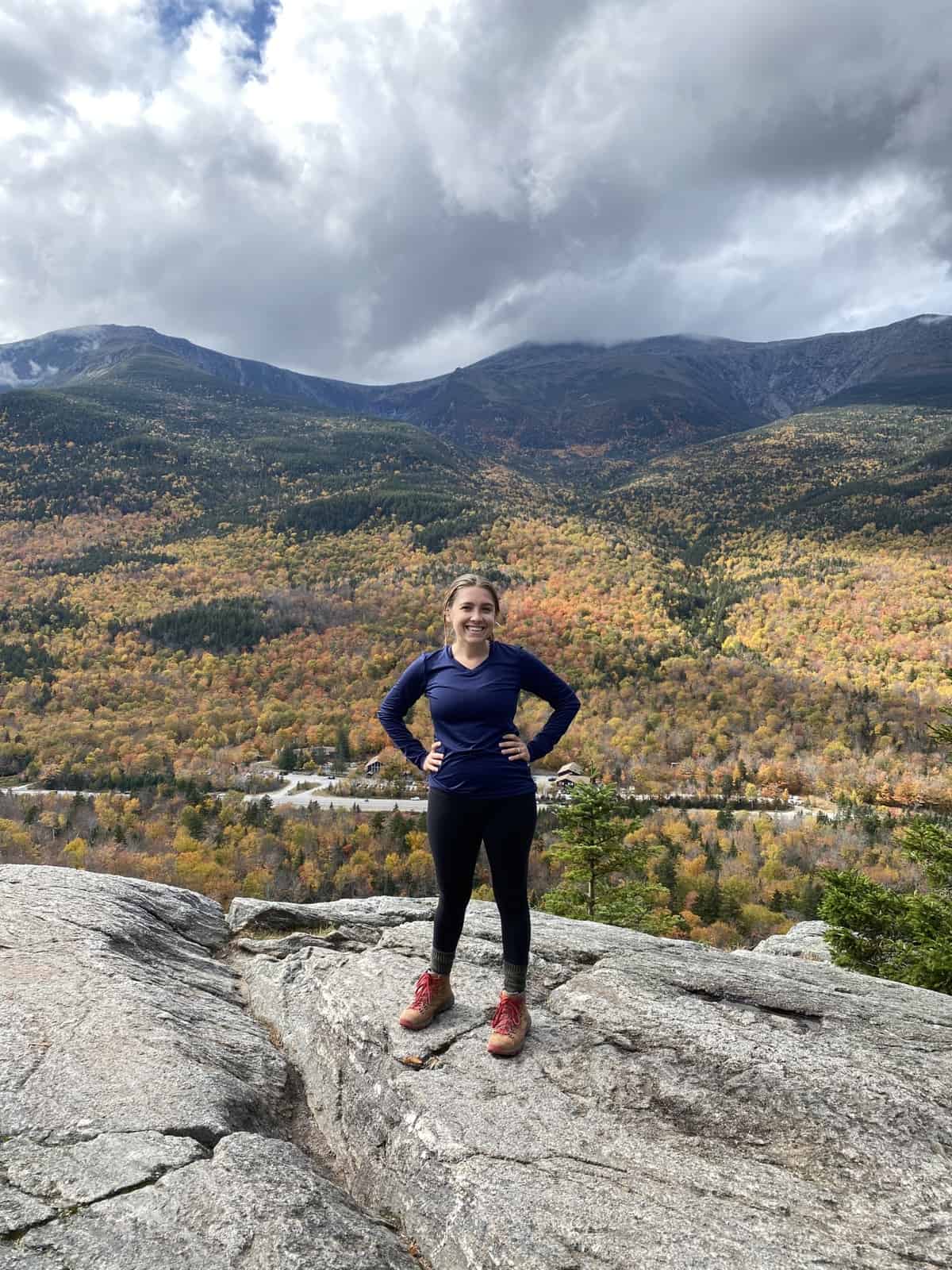 And then I started doing physical therapy probably around 10 weeks because I had an old groin strain from the summer that wouldn’t go away and an old glute injury was acting up. So I would try to do PT exercises every other day if I felt up for it. So that was pretty much it – walking and some PT. 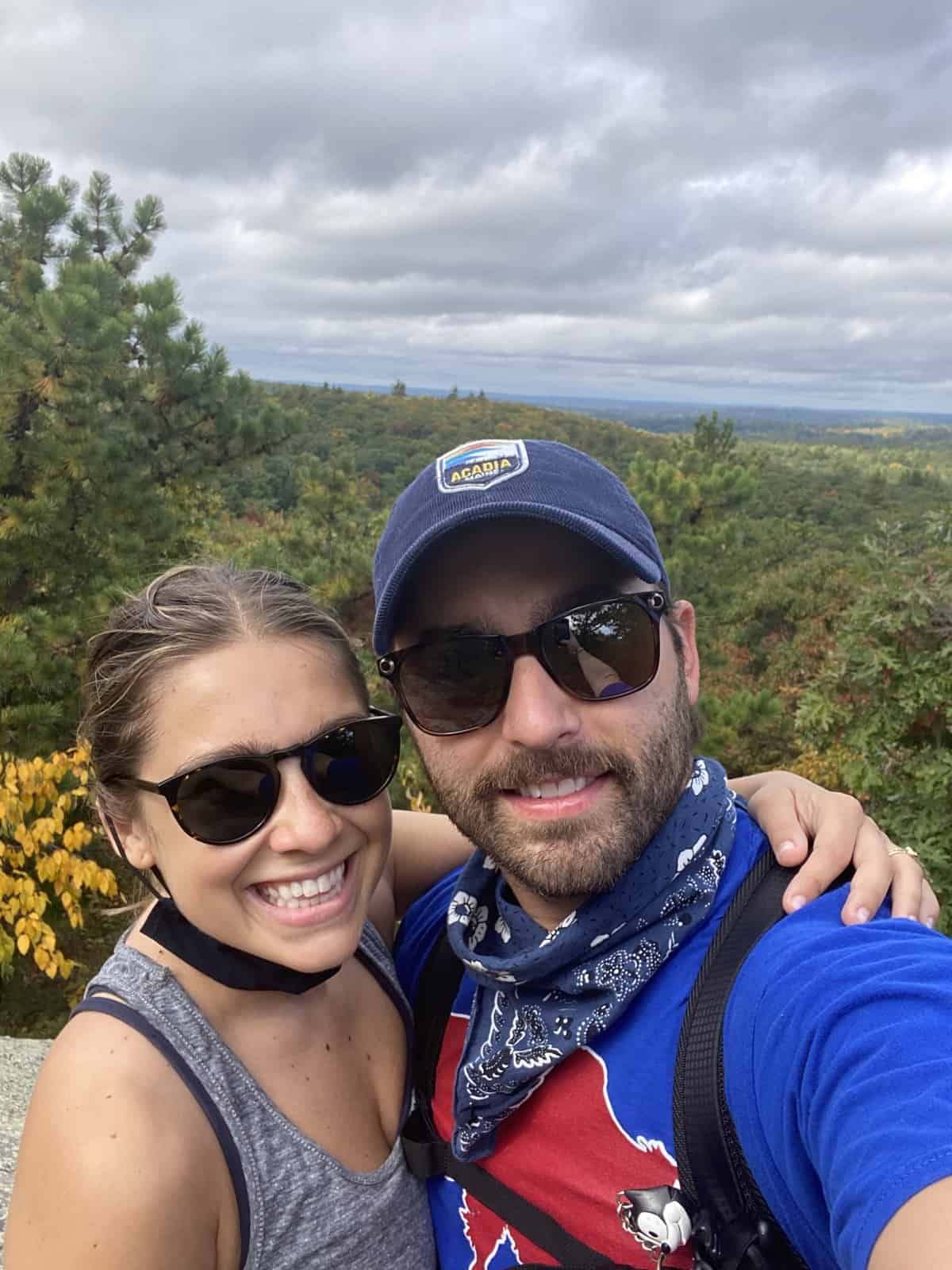 Again, I am grateful to have a healthy relationship today with movement too so this allowed me to not stress out about not moving my body in the ways I usually do. It allowed me to tune in and respect the feedback my body was giving me – which was often to rest. And I accepted that this was just a season of life where movement was going to look different. And it will probably continue to look different as I progress throughout my pregnancy, and into postpartum.

Here’s a list of some of my go-to’s during my first trimester:

I may have gotten a little book happy in the beginning – I ordered three books off the bat:

Stay tuned in a couple months for a second trimester recap! And if you’ve gone through it, feel free to leave any comments about what was helpful for you in your first trimester!