Traditional Vietnamese pho takes an entire day to make; this version only takes under an hour! Instant Pot Vegetarian Pho is perfect for a quick refreshing and comforting weeknight meal. 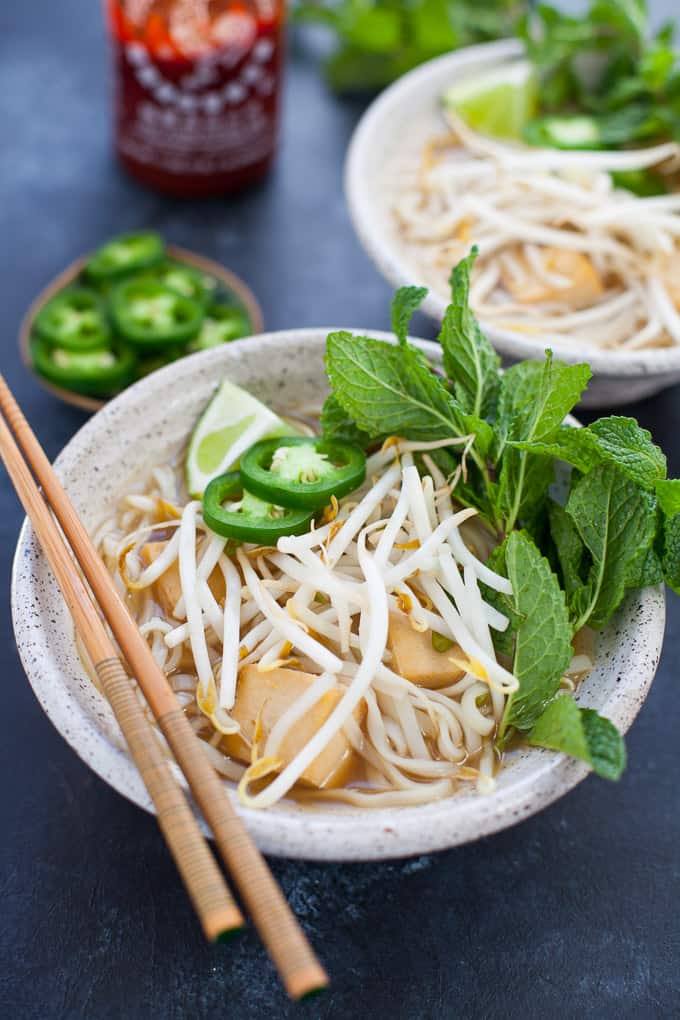 It’s been almost a year since Steve and I traveled to Vietnam but I still dream of pho, Banh Mi and Banh Xeo on the regs. Pronounced “fuh” (I always used to say “fo” before traveling to Vietnam), pho is probably the most well known Vietnamese dish here in the U.S. While the base of pho is rice noodles and a flavorful broth, accompaniments vary from beef (pho bo) to chicken (pho ga) and vegetarian options in-between. In Northern Vietnam, pho is left unadorned and the flavor of dry spices like star anise, cassia bark, black cardamom, cloves and coriander seeds shine through. In the South, pho is piled high with bean sprouts, fresh herbs like cilantro and condiments like hoisin sauce, lime and chilies. 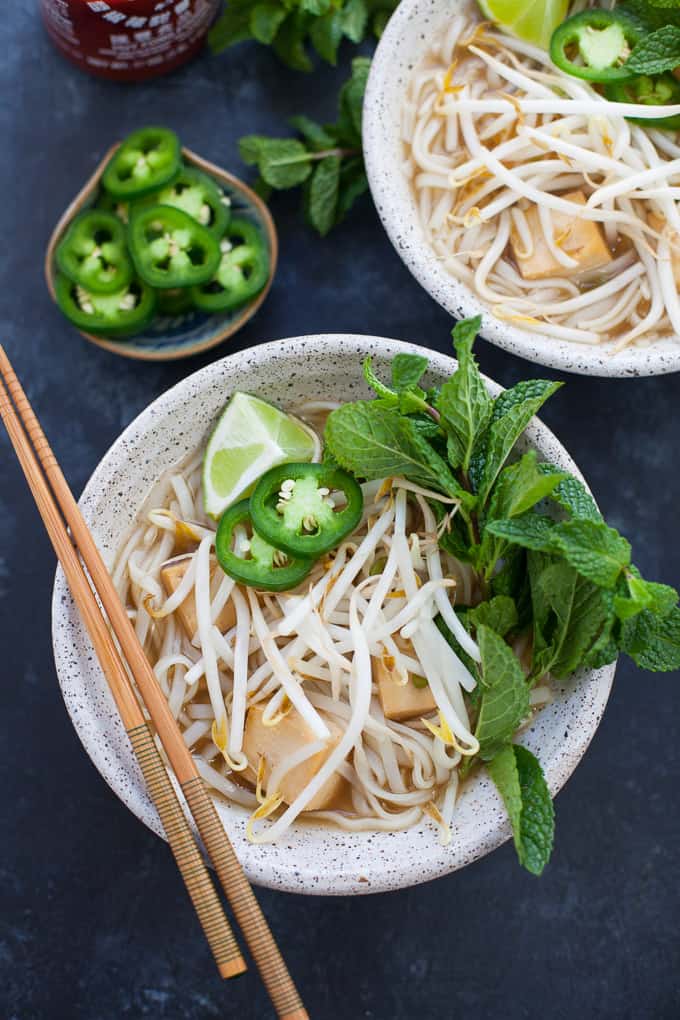 This version is a cross between North and South Vietnam. The base is Northern but there are options to adorn your pho like you would in Southern Vietnam. Vietnamese spend all day long making their pho, letting the spices simmer and infuse the broth. But since we don’t own a street food shop specializing in pho and don’t have all day to make it, enter the Instant Pot! The Instant Pot makes a super flavorful broth in a fraction of the time. 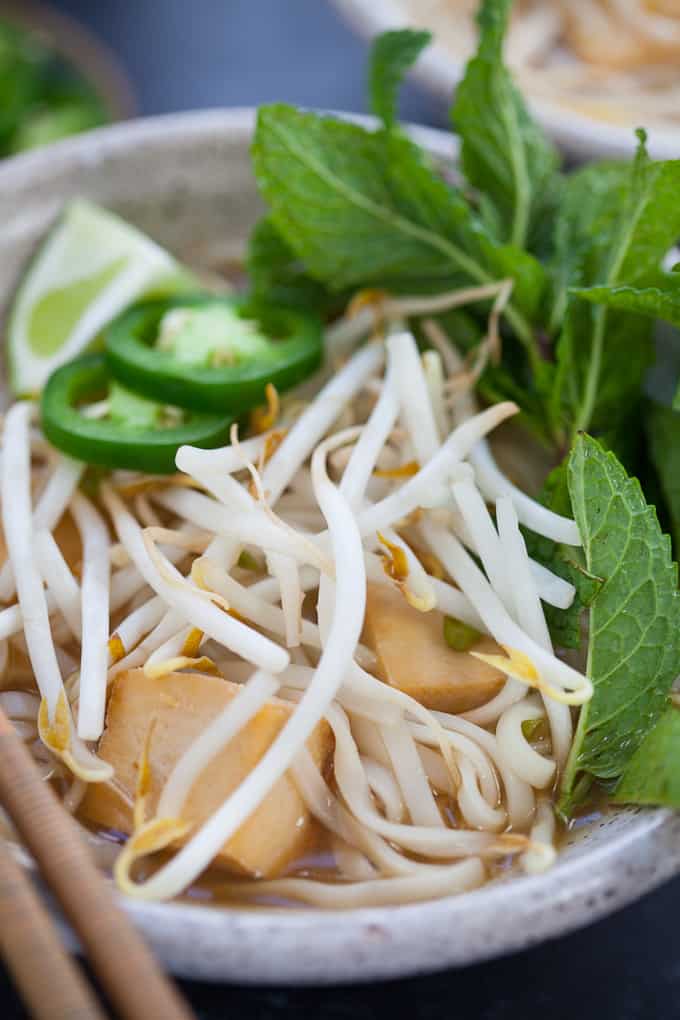 This version is vegetarian (since there are other chicken and beef recipes already on the internet – but you could easily add chicken or beef to this recipe if you’d prefer. I added baked tofu instead! I was also thinking shiitake mushrooms would’ve been a nice touch but sadly they didn’t make it from the recipe draft to the grocery list :). 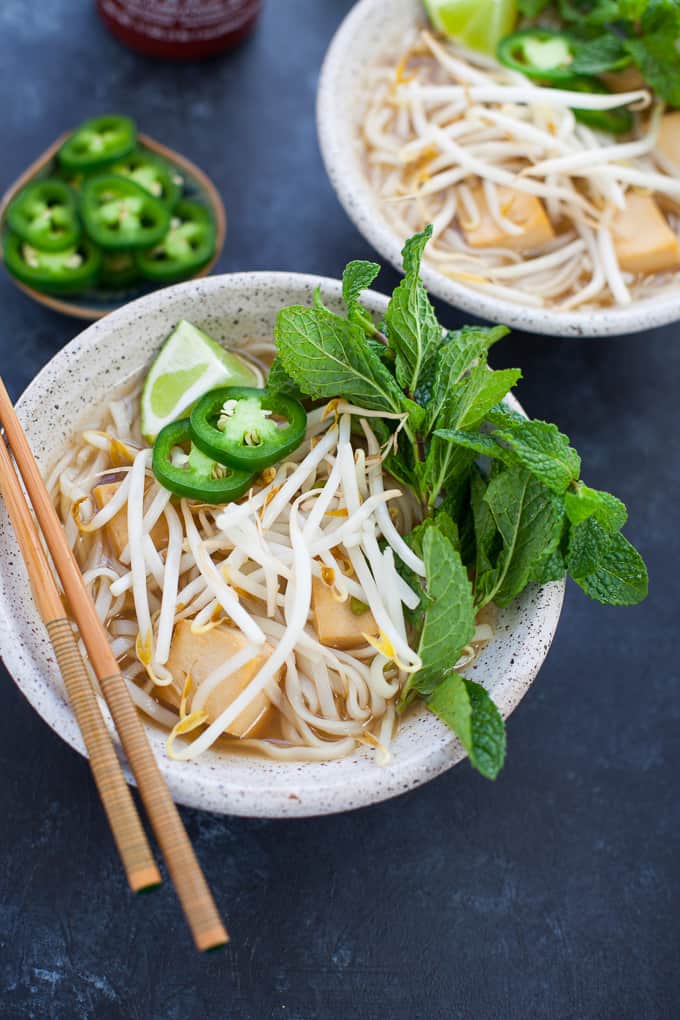 My favorite pho toppings are fresh herbs like mint, cilantro or Thai basil, fresh lime, bean sprouts and a little bit of heat (chilis, jalapeños or hot sauce). In Vietnam, you might also find on the side minced garlic in rice vinegar, fresh chili oil and dry roasted chili oil. 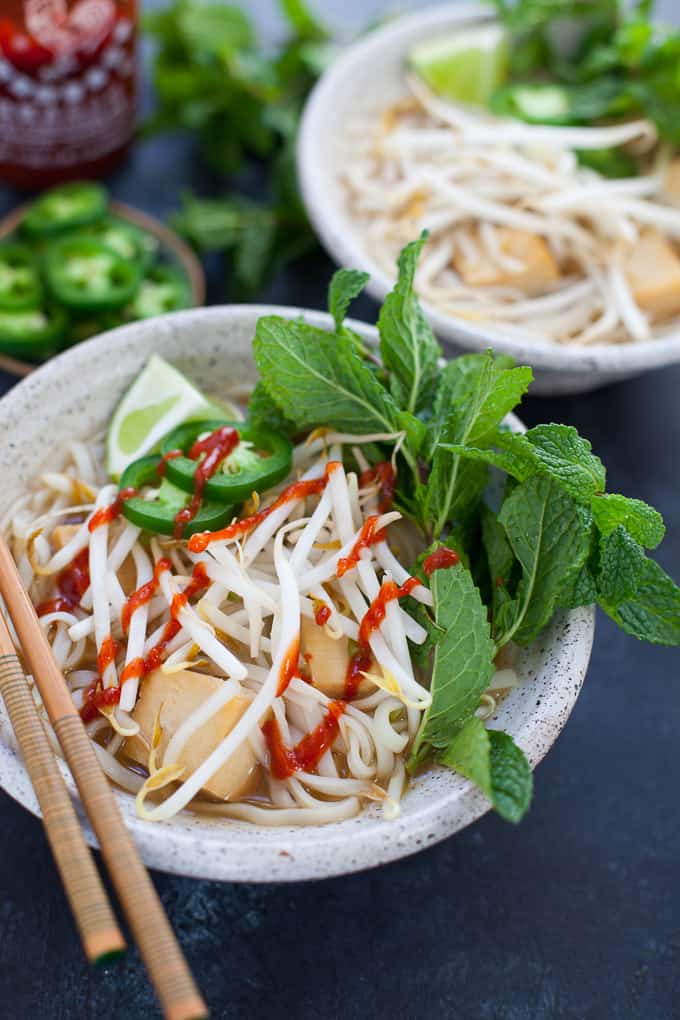 It was fun to make this because the aroma of the broth literally brought me back to the smells of Vietnam. I had forgotten what it smelled like. And all the sudden, BAM. There it was. Steve said the same thing when he came home.

Whether you’ve been to Southeast Asia or not, pho is perfect for a cold winter’s night or when you’re feeling under the weather. Or, if you want to pretend you’re a local, it’s perfect 24-7! Even for breakfast!

Tell me, have you ever made pho at home before?

For more easy, Asian-inspired meal ideas check out the recipes below! 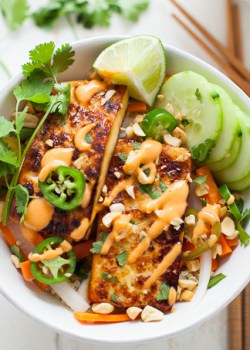 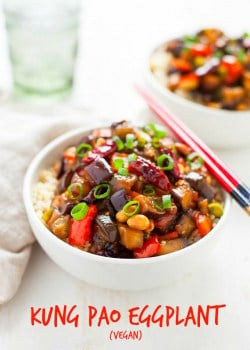 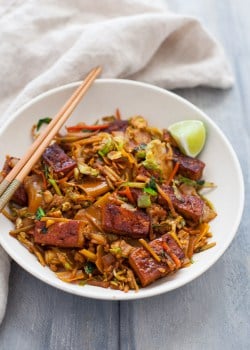