In honor of the upcoming Academy Awards, this month’s recipe redux theme is “Oscars in the Kitchen.” We were asked to re-create a recipe from our favorite food scene or featured dish in a movie.

The timing couldn’t have worked out any better because about a week prior I found myself watching the animated film, Ratatouille where a rat doubles as a culinary whiz with aspirations of becoming a Chef. In the movie, he teaches his friend, a kitchen worker at a famous restaurant, how to make the traditional French dish, ratatouille. 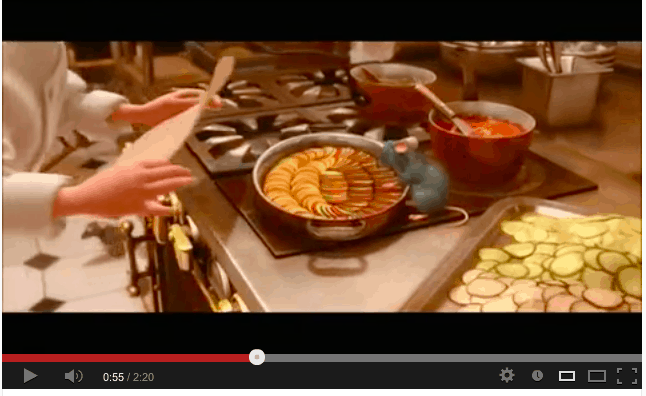 Truth be told, I’d never made this classic dish before. Traditionally seen in the summer when veggies are in season, it tasted like a nice hearty vegetarian meal for a cold winter’s night. Ratatouille is often enjoyed as a side dish but can be a main vegetarian dish when paired with rice, pasta, or crusty bread.

We served ours with whole-wheat penne and sprinkled Parmesan cheese. Super simple and delicious. We’ll definitely be making this again come Summer after we hit up a Farmer’s Market. 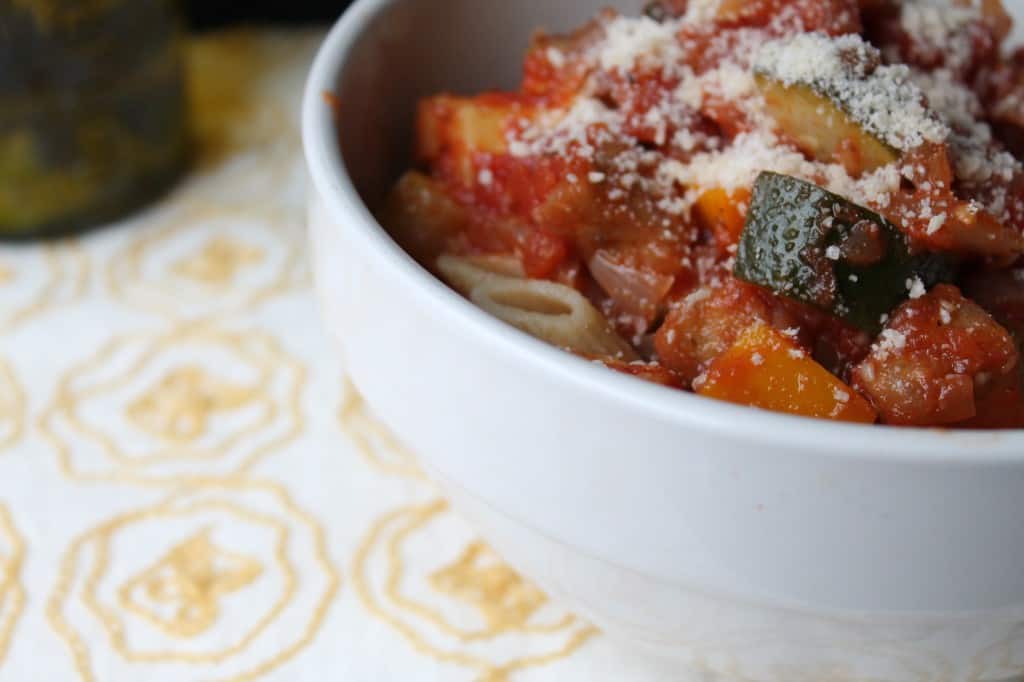 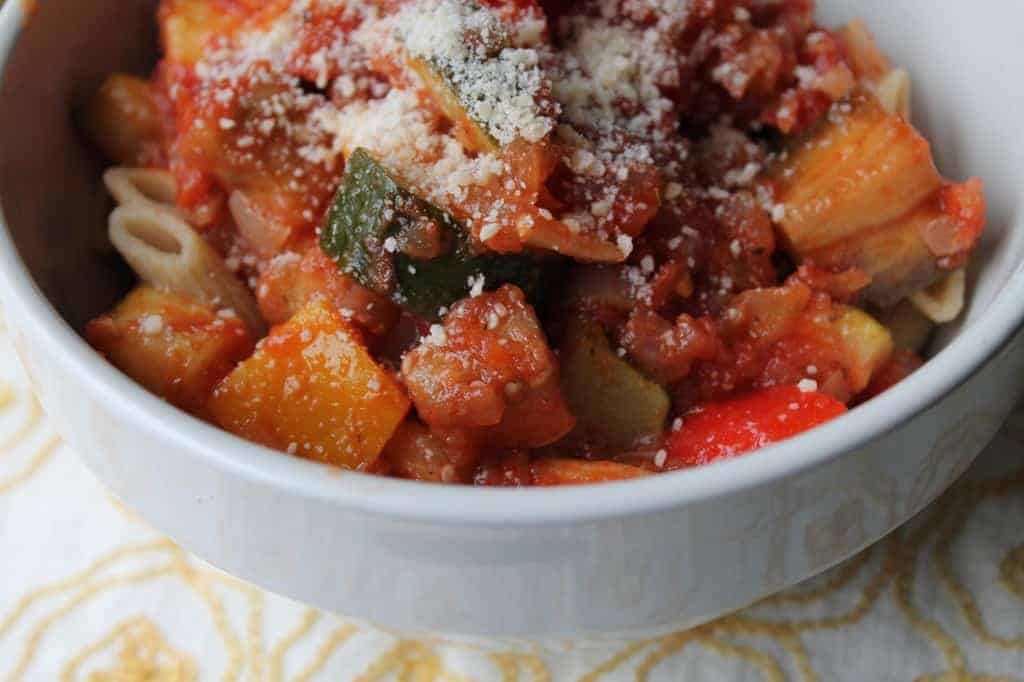