Home » Health & Wellness » The Facts About MSG and Umami (No, MSG is not bad for you)

The Facts About MSG and Umami (No, MSG is not bad for you)

Have some preconceived notions around MSG? Today I’m providing the facts about MSG and umami so you can make an informed decision on whether or not your beliefs are worth holding on to. 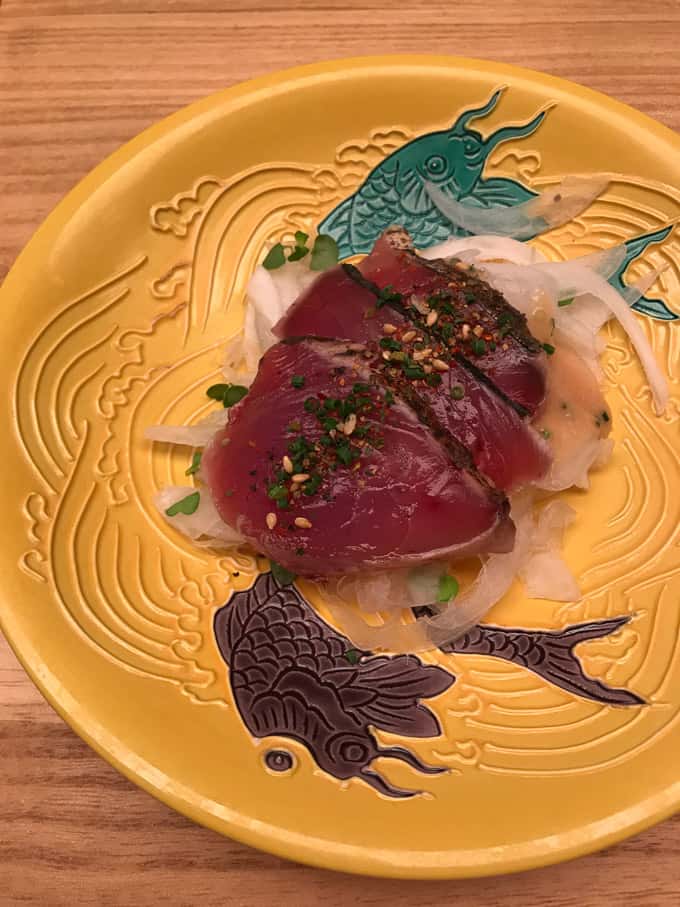 This post is not sponsored and was fueled by pure passion. However, I did receive sponsored travel this year to Japan and The World Umami Forum in NYC by Ajinomoto. Ajinomoto did not sponsor today’s post.

This post has been a long time coming. As a dietitian who works primarily with clients who want to make peace with food, dispelling food fears is my passion. With an overemphasis on (and borderline obsession with) health and wellness, coupled with fear-mongering media outlets and influencers, we have become a society that is fearful of the food we eat. Our restrictions, eliminations and rigid thinking around food in the pursuit of health is actually hurting our mental and emotional health and causing more harm than good. Food fears are not novel to the 21st century; however. It seems every decade we pick a new food or ingredient to demonize. In the 90’s, it was fat. In the 00’s, it was carbohydrates. Now it’s GMOs and gluten and sugar that are poisoning us. But there seems to be one ingredient whose stigma dating back to the 70’s has only been perpetuated and certainly not forgotten, and that is MSG.

This is a post to provide the facts, science and history of MSG and offer up perspective. This is not a post to persuade you to go out and start sprinkling MSG over all your food (although if you’d like to after reading this post, by all means!). This is a post to help empower you to make your own informed decision about MSG.

Monosodium glutamate (MSG) is a seasoning used to enhance the flavor of food. The name itself might conjure up images of a scientist in a lab throwing together a chemical formula but it’s much more natural than the name might insinuate. You see, MSG is simply sodium + glutamate. Glutamate is the most abundant amino acid in nature – it’s naturally present in foods like tomatoes, aged cheeses and mushrooms, and is one of the 20 amino acids that make up proteins in the human body. Glutamate is also present in breast milk; in fact, breast milk contains 10x more glutamate than cow’s milk. No wonder babies prefer it!

MSG is digested and metabolized the same way that glutamate found in foods are – your body can’t tell the difference. Because chemically they are the same – a tomato (glutamate) sprinkled with salt (sodium) is chemically equivalent to MSG. It’s also made through a simple, natural fermentation process. You start with a carbohydrate source like cassava, sugar cane or corn, ferment it, and glutamic acid is created. A sodium ion is then added to make it crystallized and stable (so that we can sprinkle it and put it to good use!). 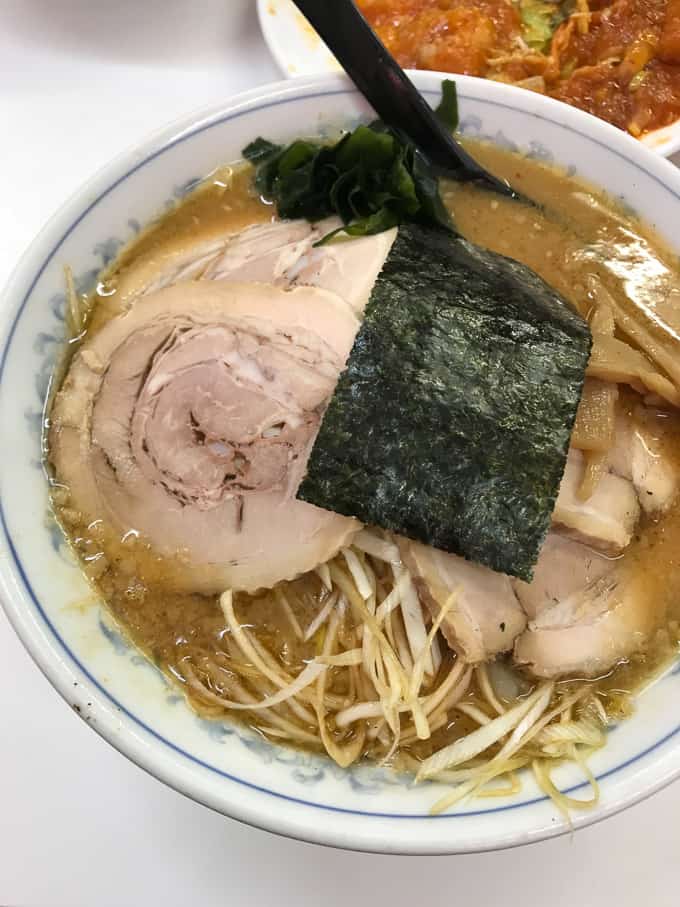 Umami is the fifth basic taste (in addition to sour, sweet, salty and bitter). It balances and deepens flavor and contributes to what is often described as a savory or meaty flavor. Umami was discovered 110 years ago in Japan by scientist Dr. Kikunae Ikeda while sippin on a bowl of konbu dashi (or seaweed broth). He noticed that the taste was distinct from the four basic tastes at that time. He called it umami, which means “essence of deliciousness”, and found that the taste was attributed to glutamate. That’s right, we have the amino acid glutamate to thank for mouth-watering umami taste. There are three distinct characteristics of umami – it provides a sensation that spreads across the tongue, it lingers longer than any other taste, and literally makes you salivate (I wasn’t kidding when I said mouth-watering).

Although umami is a Japanese name, it is a universal taste found in foods all over the globe. In the states, we find umami in BBQ sauce, ketchup, ranch dressing, and gravy to name a few. In Europe, umami is found in aged cheeses and cured meats (and yes I had my fair share of umami in Italy last month). In Mexico, it’s mole. In Southeast Asia, fish sauce. Brazil and Portugal? Bacalhau or dried cod. And don’t forget about umami-rich foods enjoyed all over like tomatoes, mushrooms, and steaks. MSG is the purist form of umami and when added to food it helps to harmonize and deepen flavor. 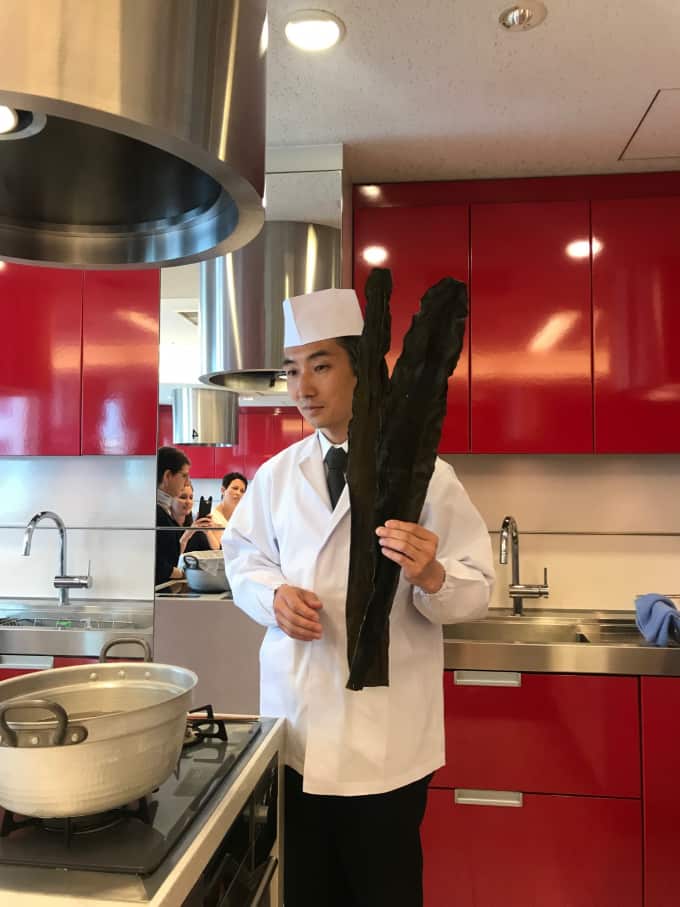 WHY DOES MSG HAVE A BAD RAP?

Let’s go back to 1968, shall we? This is when Dr. Robert Ho Man Kwok wrote an opinion letter to the editor at the New England Journal of Medicine describing some symptoms he noticed after eating at Chinese restaurants. He noted weakness, palpitations and numbness in the arms (note: no mention of headaches) and speculated that a number of different ingredients could have caused his symptoms like sodium, soy sauce, alcohol from the cooking wine or MSG. This letter is what coined the very xenophobic term “Chinese Restaurant Syndrome” to refer to the symptoms that Dr. Kwok described. The other suggested ingredient culprits for “Chinese Restaurant Syndrome” were never studied or examined – MSG was singled out as the cause. And then one subsequent study sent media outlets into a MSG fear-mongering frenzy. This animal study injected rats with extremely high doses of MSG directly into the abdomen and surprise, surprise, caused negative outcomes. This doesn’t come as a surprise because hello, if you inject high doses of anything into someone’s abdomen, it’s probably not going to end well. More importantly, we are humans, not rats and you cannot generalize findings from an animal study to humans. PLUS, no one is getting injected in the abdomen with MSG at restaurants. The stigma around MSG is just another example of a poorly conducted scientific study that the media got their hands on and ran with at full speed, instilling fear into the American public.

You could also argue that xenophobia only further exacerbated the demonization of MSG. Because as Sarah Lohman, Author of Eight Flavors: The Story of America Through Our Tastebuds, stated at the conference, “No one is calling this Dorito Syndrome or Kraft Mac N’ Cheese Syndrome.” No one was talking about MSG in processed foods giving them symptoms. People were only talking about it in relation to Chinese restaurants. And I completely agree with Lohman’s sentiments that it is racist to imply that an entire culture is poisoning Americans with their cuisine. And how did Chinese restaurants react to all the backlash? Out of shame, they put NO MSG signs outside their doors and on all their menus. And when you see the word “NO” before something, it conjures up negative reactions to whatever follows it. Like when people see “no gluten” or “no GMOs” on labels, they automatically assume that thing is bad for them. Unfortunately, the Chinese restaurant industry further perpetuated the stigma by trying to protect their businesses and cater to the American public.

BUT IS THE STUFF SAFE OR WHAT?

YUP. Over the past 30 years, American scientists have used validated scientific methods (aka human, double-blinded randomized controlled trials) to independently verify that MSG is safe to consume. A 2000 study published in the Journal of Nutrition on “The Safety Evaluation of Monosodium Glutamate” stated: “More extensive studies were reviewed, and these failed to demonstrate that MSG was the causal agent in provoking the full range of symptoms. Properly conducted and controlled double-blind crossover studies have failed to establish a relationship between Chinese Restaurant Syndrome and ingestion of MSG, even in individuals claiming to suffer from the syndrome.” In addition, MSG has had Generally Recognized as Safe (GRAS) status from the FDA since 1958. In 1987, The Joint Expert Committee on Food Additives (JECFA) of the United Nations Food and Agriculture Organization (FAO) and the World Health Organization (WHO) concluded that no upper intake limit was necessary for MSG, placing it in the safest category of all food additives. And in 1995, FDA-sponsored Federation of American Societies for Experimental Biology (FASEB) report confirms MSG’s general safety as a food ingredient. And last but not least, earlier this year, the International Headache Society removed MSG from its list of causative factors for headaches (due to lack of research to support it). All of this to say, MSG has been extensively studied and its safety confirmed by a number of international health organizations.

THEN HOW COME I GET HEADACHES?

The real answer is I don’t know. I’m here today to provide you with the facts, not to discount anyone’s lived experience. Some people may be more sensitive to MSG just like some people are more sensitive to sulfites. And if you experience symptoms after consuming MSG, perhaps you’re part of that small subset.

IS THERE ANY BENEFIT TO USING MSG/UMAMI?

YES! MSG can actually help reduce sodium in dishes without compromising flavor because of umami. In fact, MSG contains 1/3 the amount of sodium as table salt. And studies have shown that using MSG in recipes can help reduce sodium by 30% while maintaining palatability. Sodium reduction has been a huge health concern in our country for quite some time and perhaps if we can shift public perceptions of MSG, it could be seen as a solution to the sodium reduction conversation. How does this translate to the kitchen? If you replace regular table salt in a recipe with 2 parts salt + 1 part MSG, you’ll get a 25% reduction in sodium. So if a recipe calls for 3 teaspoons salt, you can use 2 teaspoons salt + 1 teaspoon MSG instead.

MSG and umami also add mouthwatering flavor to dishes, so MSG could be used as a tool to help people eat more nourishing foods like vegetables. Some studies have shown a positive satiety effect from umami, but more research is needed. Some studies have also shown that umami stimulates digestion – we know it makes us salivate more and that there are umami receptors actually located in our gut! 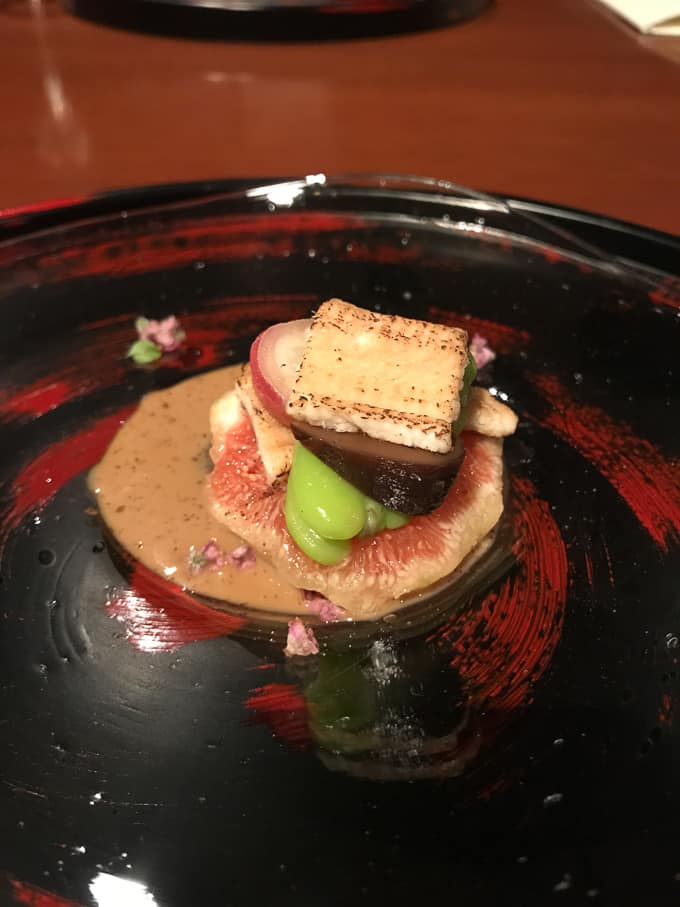 There’s no solid scientific data to back up the fear around MSG. Its stigma is unwarranted and frankly, unjust. I’m not saying we all need to go out and buy MSG shakers (although I have one in my cupboard and it’s adorably panda-shaped) but I think we all need to get honest with ourselves about where our perceptions of MSG stem from and be open to challenging our preconceived notions. And I’ll leave you with a quote from Jeffery Steingarten, an American Food Writer, that basically sums up how I feel about MSG in a nutshell, “If MSG is so bad for you, why doesn’t everyone in Asia have a headache?”

Tell me, was this post surprising to you at all? Do you have additional questions about MSG or umami that I can help answer?