Mason jars are everywhere and my theory is that everything tastes better out of a mason jar. They’re just so nifty and thrifty! I’ve been known to throw flowers in them too to spruce up our apartment. This month, our recipe redux challenge was to “raise the bar on food in a jar.” I’m a huge fan of desserts in a jar so I decided to take advantage of the produce of the season and make a blueberry peach and basil crisp with whole wheat crumble and Greek Yogurt whipped cream. 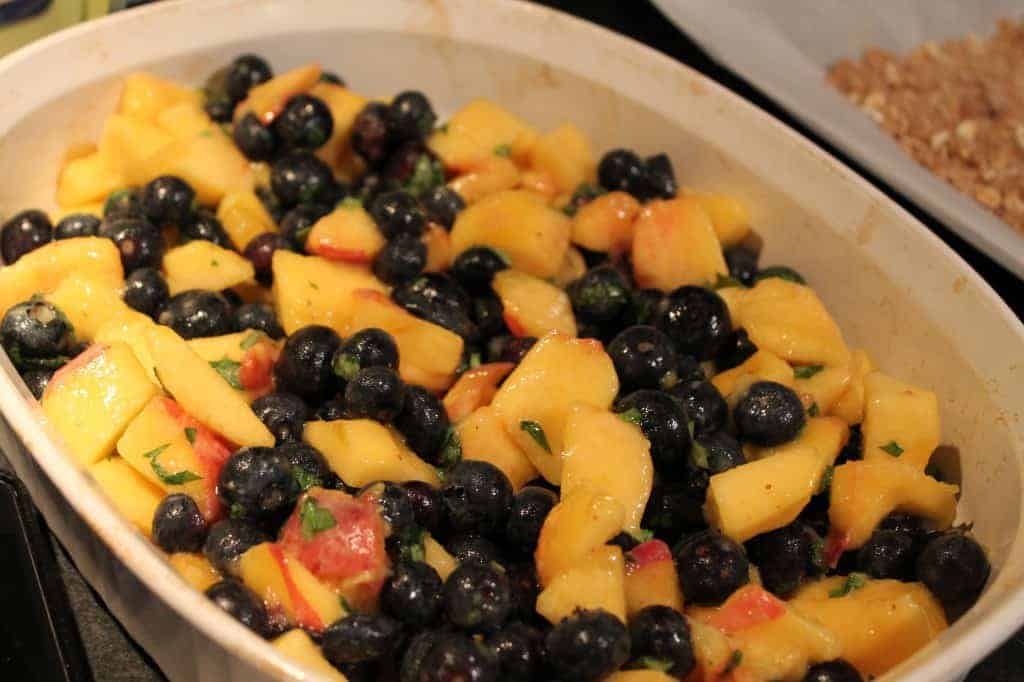 for the whipped cream: 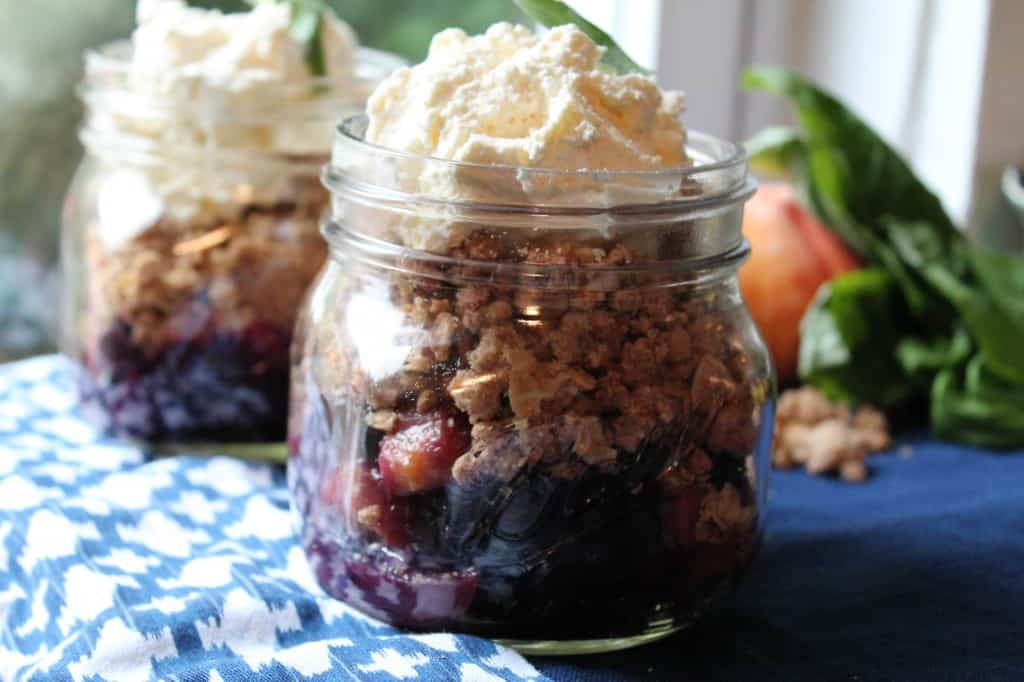 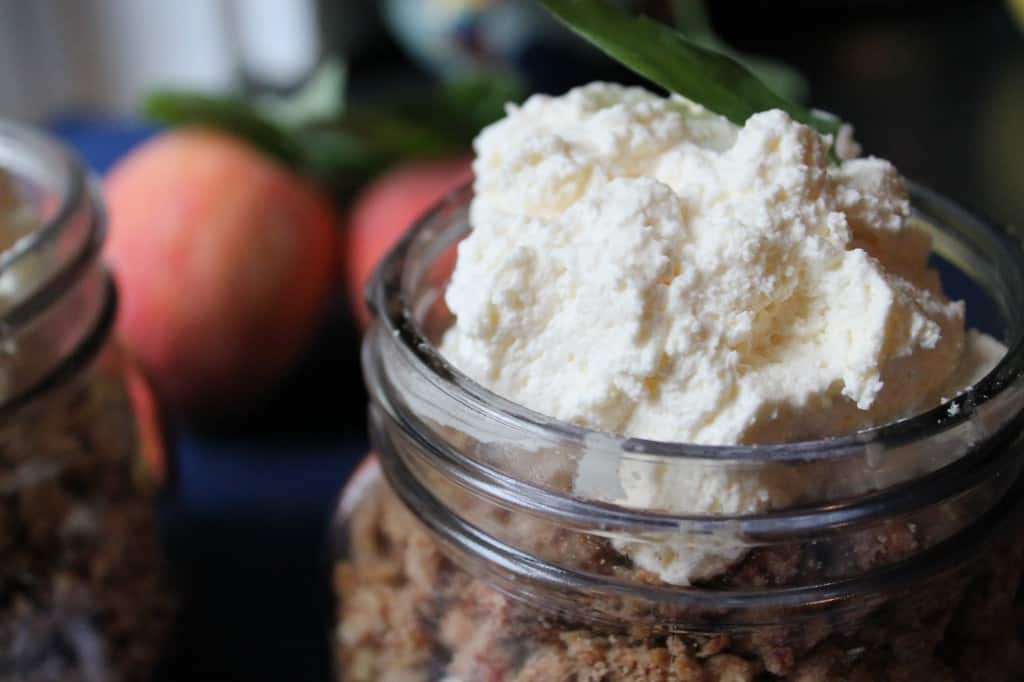 Serve these babies warm so the whipped cream can melt into the ooey gooey fruit and crispy crumble. This was my first time making whipped cream with Greek Yogurt and I must admit I think this will have to be my new staple topping. It’s texture is more dense with an extra rich, creamy mouthfeel. And it’s protein-packed and lower in fat and calories! Whip this seasonal dessert up while summer lasts! And jump on the mason jar bandwagon if you haven’t already. We’re waiting for you 🙂